The Ghost Map is a completely fascinating non-fiction title about two characters, who in 1854, managed to get to the bottom of the cause of one of the scourges of the age – cholera.
If you know where I work, then read the following paragraph, and even though it covers events a couple of hundred years before the bulk of this book, you’ll understand why I found it especially interesting:
The fear of death’s contamination can sometimes last for centuries. In the middle of the Great Plague of 1665, the Earl of Craven purchased a block of land in a semirural area to the west of central London called Soho Field. He built thirty-six small houses “for the reception of poor and miserable objects” suffering from the plague. The rest of the land was used as a mass grave. Each night, the death carts would empty dozens of corpes into the earth. By some estimates, over four thousand plague-infected bodies were buried there in a matter of months. Nearby residents gave it the appropriately macabre-sounding name of “Earl Craven’s pest-field,” or “Craven’s field” for short. For two generations, no one dared erect a foundation in the land for fear of infection. Eventually, the city’s inexorable drive for shelter won out over its fear of disease, and the pesthouse fields became the fashionable district of Golden Square, populated largely by aristocrats and Huguenot immigrants. For another century, the skeletons lay undisturbed beneath the churn of city commerce, until late summer of 1854, when another outbreak came to Golden Square and brought those grims souls back to haunt their final resting grounds once more.
The author, Steven Johnson, is a science author I hadn’t previously read. He relates the dual stories of John Snow and Reverend Henry Whitehead who together, although not for the most part working together, found the cause of cholera. In particular, they identified a specific well in Broad Street, Soho, as being the cause of the outbreak.
This was against all medical understanding at the time, which was inclined to believe that the caused by miasma – or “bad air”. This was broadly understandable, since as the picture Johnson so vividly paints early in the book, London was practically an open sewer at the time. A continually growing population was unable to deal with, well, its waste. 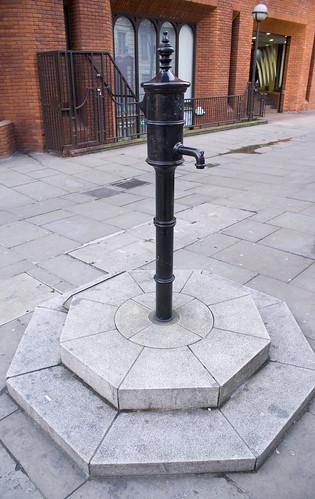 The book does a great job of explaining the background to cholera and details the events that led these two men to make one of the biggest medical breakthroughs of the age, and directly lead to the cleaning up of London, including the introduction of Sir Joseph Bazalgette’s incredible sewars.
The book is accessible and tells the story fairly breathlessly over its 320 pages. Although I must say that it could probably have been edited a little further. Johnson does overwrite in places, and reiterates facts that we’ve already been told a little too frequently. In one instance he repeats something he’s just told us two pages earlier.
But don’t let these small points dissuade you from reading this book, particularly if you live or work in Soho where the story is just about completely set. It’s a fine piece of local history in that regard too. 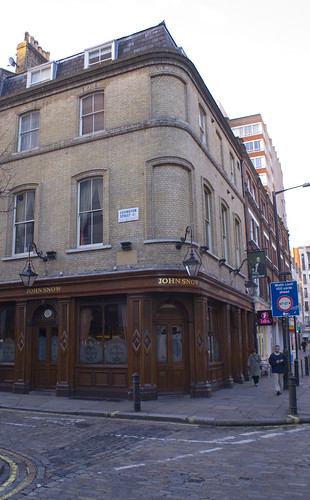 John Snow was teetotal, so the fact that on the corner of Broad(wick) Street now stands a pub named after him, is something of an irony. Still, over the road is a resited pump representing the original well that caused the outbreak.