A Trip Around Dorset

Since Saturday was lovely, but I was indoors for too much of it, I though that some outdoor adventure would be an idea.
I quite fancied the beach, but it was blindingly obvious that thousands of others would also be heading beachwards, so I was going to have to be quite careful about where I went.
Much Googling (well – some, anyway) told me of Ringstead in Dorset. It seemed to be reachable by bike from a station, and I could get a train that wouldn’t quite take me all day to reach it. So off I went, having first planned a route via my Anquet software. Sadly, a failing printer meant that I still had to pick up an OS map on arrival in Dorset.
A word or two first about the train. South West Railways 8.35am to Weybourne seemed quite empty when I first boarded it about fifteen minutes before departure. I managed to get my bike in one of the three non-reservable bike bays, and took a seat in the carriage that was designated the quiet carriage. No iPod for me on the way down then. Soon the bike bay designed for three had about eight bikes and the quiet carriage had been joined by a party of about twenty young Spaniards who weren’t entirely quiet. Incidentally if you ever meet a mobile phone designer, please thump him from me, and insist that the ability to play music without the aid of headphones was the single worst thing to so far happen this century.
My Woking, the train was completely rammed, but I was pleasantly surprised by South West’s legroom, and was buried in The Observer.
The train nearly emptied at Bournmouth, but I was heading to Moreton. From there it was a few miles, first down, and then up some quite steep hills until I was high above Ringstead. 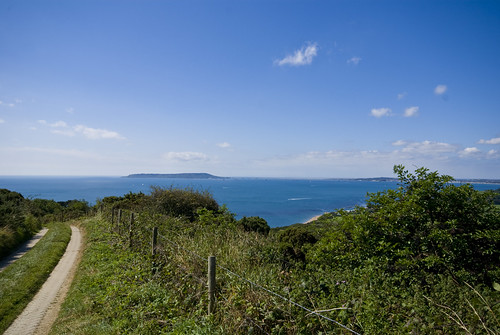 I took the footpath down, having to carry my bike a bit, and was soon on a stony, but relatively quiet beach. The water was quite cold, but after a few minutes, you could swim around quite nicely. I believe the redness of my face this morning may have something to do with spending a couple of lovely hours on Ringstead beach. 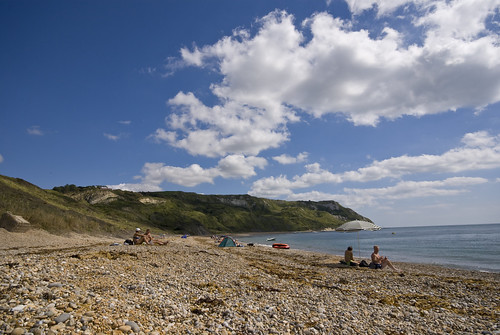 Then it was up to the clifftop and the bridleway. There’s a coastal path that runs much closer to the edge of the cliffs, but cyclists are taken inland a little to a well signposted bridleway that’s soon enough close to the cliff edge. Despite the awful weather we’ve had this summer, much of the path was completely grassed over, and great fun to cycle across. 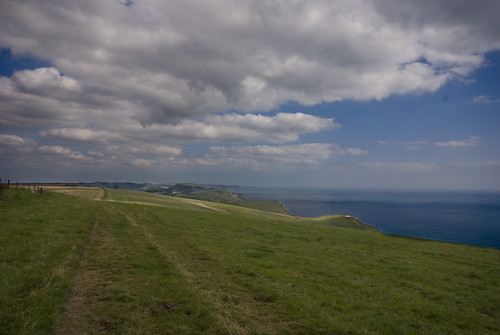 I was heading towards Dagger’s Gate (somewhat disappointing when I got there) and Lulworth. It had been many years since I last visited Lulworth, and although I guessed there’d be a few people about, I was in for an enormous surprise.
As I joined the road that lead down to Lulworth, I couldn’t help but notice hundreds of cars parked on any grass verge they could. These were for people who were heading over to Durdle Door. I took the steep road down into the Cove itself and soon found an enormous car park jammed full of cars with literally thousands of people embarking on the climb to Durdle Dor from Lulworth. 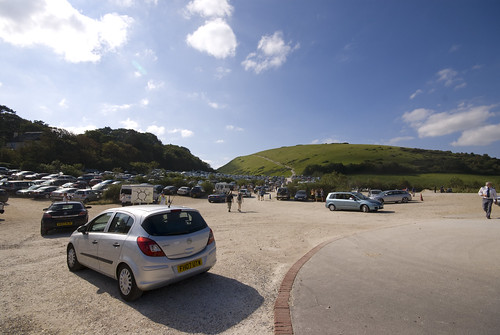 This is a tiny village, yet it was completely over-run by tourists. I found it hellish.
I went down to the Cove, spent literally minutes there taking in the heaving throngs, and turned around to leg it. 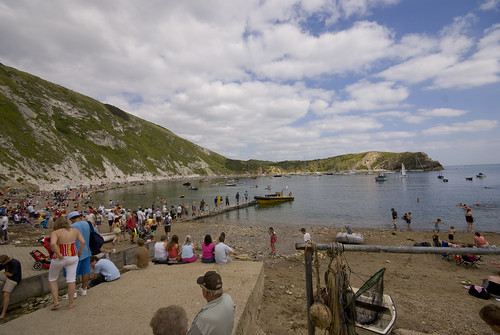 A different steep road out of Lulworth took me to the edge of the military area to the east, and then it was a leisurely ride down to the village of Wool, where I got a refreshing pint from The Black Bear before catching the much less crowded train back to London. 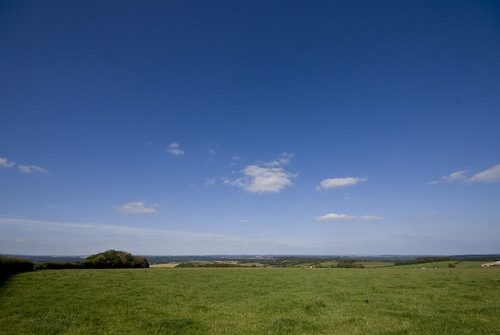 Here’s the route I took: 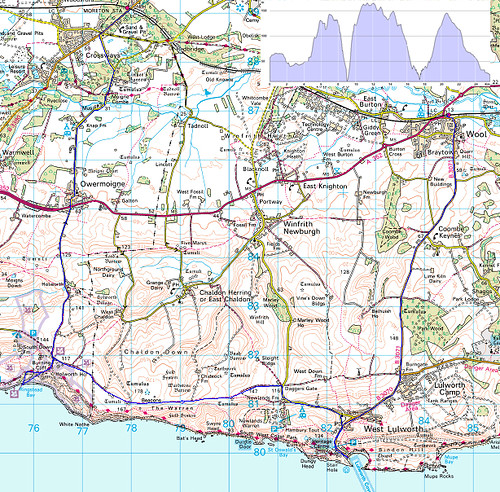 Previous Story:
Still on the Payroll
Next Story:
Will the Standard Survive