The Convention on Modern Liberty 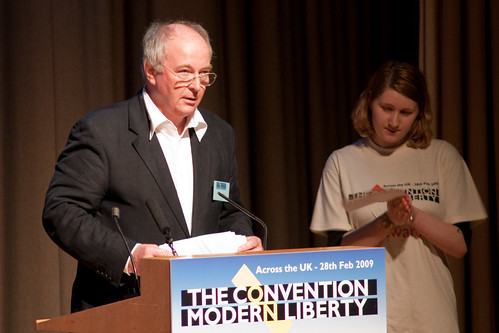 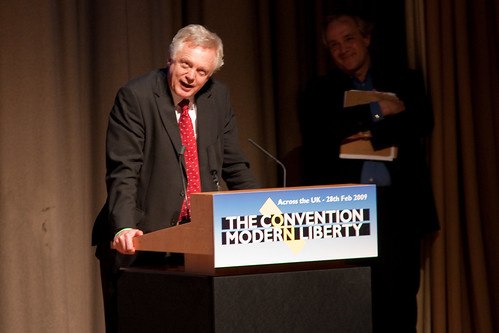 I noticed on my way out of the Database State session that Neil Tennant had been sitting behind me. He wasn’t alone – there were lots of members of the great and the good. Brian Eno was on the final panel, and Billy Bragg spoke in a session I didn’t attend. David Elstein and Peter Bazalgette were there as was Cory Doctorow of Boing Boing. There were lots of writers around too, and I’m sure that there were many more in amongst the everyday members of the public like myself.
After the final panel session, we heard from David Davis who did give an excellent speech. He does believe in this stuff.
All in all a worthwhile day. I could probably have done without the poor England performance in the rugby afterwards, but that wasn’t the convention’s fault. Although there was the suspicion that it was just a large group of Guardian readers convening, in fact all of the major political parties were represented and not everyone’s ideas were the same. What was and is clear is that we’re slipping into something we really don’t want, and we need to act now, because as Davis said, by the time we’re actually in a police state, it’s too late.
[More links and embeds to follow]