I’ve seen some great concerts recently which were all very different, but all worth mentioning here. 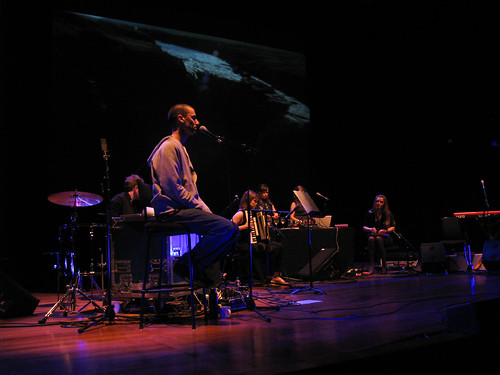 15 May saw Icelandic “Music Through Unconventional Means” which featured the Southbank’s artist in residence, Shlomo, who’s a beatboxer, performing with one of my favourite groups, Amiina, and another Icelandic performer, Valgeir Sigurdsson.
The first half of the concert allowed each of the groups to perform a couple of songs of their own, on their own. As I say, it was Amiina who I was really looking forward to seeing, and they had a fabulous array of instruments. As for Shlomo? Well I’d not seen beatboxing before and he gave us a gentle, and fascinating introduction to it. It’s amazing what you can do with the human voice.
The second half was where it got really creative, with various combinations of artists working together, on one anothers’ songs, and also on a couple of completely new pieces. I really enjoyed it. 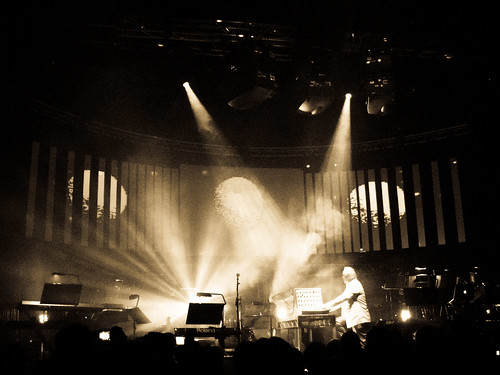 The following Sunday was another unique experience with the (BBC) Radiophonic Workshop performing live in concert. OK – that’s a bit of a strange thing to say about a group that was built large of individuals and based almost completely in various studios.
But this was the coming together of several members who worked there over the years, backed by a team of talented musicians. An excellent evening of electronic music.
There aren’t many times where you hear excerpts of music you remember as the original John Craven’s Newsround theme, alongside those of Words and Pictures, and of course Doctor Who. We had many other less familiar pieces of music too – unfamiliar unless you’ve got hold of the excellent recent releases and re-releases of Radiophonic music.
Over the course of the evening we saw short videos with music of some of the other forces of the Workshop including John Baker (check out the recent Trunk Records releases) and, of course, Delia Derbyshire.
As well as the videos, there were some excellent graphics and lighting to enliven what would otherwise have been middle-aged men playing synthesisers.
Earlier, I was fortunate to get into a fun Q&A with the performers who were able to give us a bit more background and understanding.
And I must admit that I really enjoyed the support – Andrea Parker remixing music from Daphne Oram; enough that I went out and got a recent CD of hers afterwards. 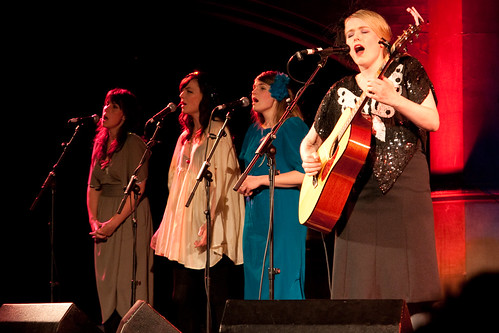 The following Wednesday it was off to revisit Ane Brun who was back in town and back in the Union Chapel where I saw her a couple of months ago. She was back, and this time had better support (although the chapel wasn’t as full as it had been previously).
She played some of the same songs, but also a few different ones. And she was again joined by her “Diamonds” – who are all singers in their own rights. In particular we heard Rebekka and Jennie Abrahamson do a few support songs each.
But she’s a terrific performer, and worth watching next time she’s in town.