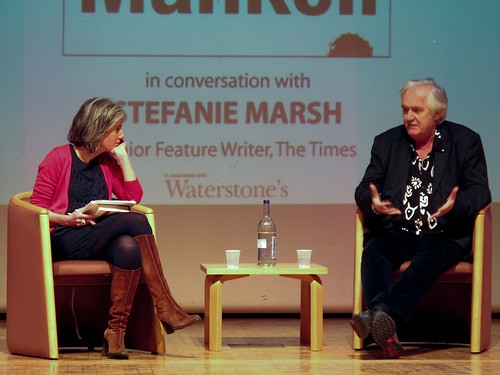 One of my favourite authors, Henning Mankell, was in London this week to promote his new novel The Man From Beijing. This isn’t a novel set around his most famous creation – Kurt Wallander – but is a thriller set in several countries including, of course, Sweden.
Mankell was interviewed by Stefanie Marsh of The Times (the event was put on by their Times+ club in association with Waterstones), and she did a pretty good job even if she came across as very nervous. 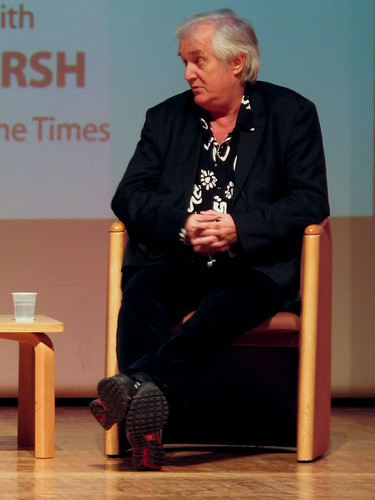 Nervous is something that Mankell certainly isn’t. He seems to relish this kind of event, beginning with an interview before he told a couple of short stories. We now all know that the sound of the Big Bang is B-Flat.
Then there was a Q&A section with no shortage of questions all of which Mankell happily answered. The one question he said he was expecting (and he got it) was about which of the actors who’ve played Wallander he’s liked the most. He ducked the question to an extent although he did point out that both Swedish actors who’ve played him were actually chosen by him. 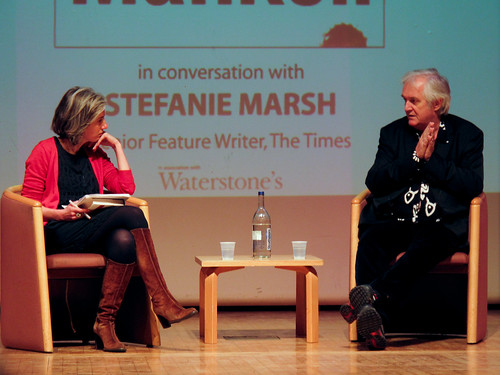 There were a fair few Swedes in the audience, and at least one German too. Let’s hope there weren’t too many Portuguese there, because he labelled them as being very gloomy (this followed a discourse on the British seeing the Swedes as gloomy and vice versa).
Mankell lives for much of his time in Africa and he has some very strong feelings about it. And I must admit that I took to heart the fact that if we watch one less hours of TV an evening we end up with two weeks extra a year.
Finally the evening ended with a signing and I got my copy of The Man From Beijing signed by Mankell.