A little different this time around. I’ve just removed anything not worth bothering with.
That does tend to leave some channels a little bereft… 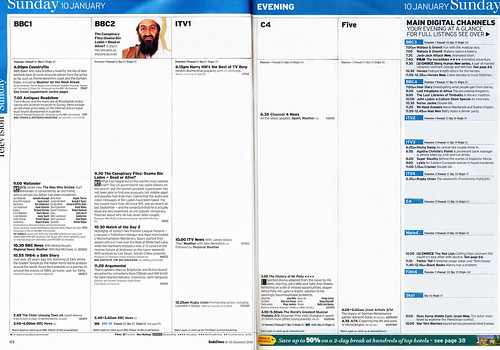 So Lark Rise doesn’t make the cut. And that’s even though it was directed by Sue (Suzanne Ross/Michelle Fowler) Tully.
And isn’t The Choir an odd choice for Sign Zone – programming for deaf people. Isn’t that rubbing it in a bit?
And BBC Three must be at it’s… er… least bad for a long time!
As ever, best viewed large.