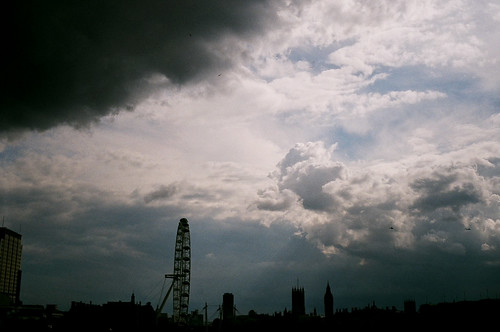 22:05
A good start with no sound from Michael Gove.
The BBC’s “big innovation” is an FHM-style projection on Big Ben. Interestingly, I was at a picnic with Gail Porter a couople of weeks ago (friend of a friend).
Harriet Harman makes a good point that a decent turnout seems to have led to queues in a few places. She wants to change the voting system.
22:00
Hmm. Exit Poll predicts a hung pariament, but Dimbleby is already giving it a certain degree of scepticism.
307 Tories
255 Labour
59 Lib Dems
29 Others
21:58
Paxo’s on the “naughty step” while Jeremy Vine is following his Yellow/Red/Blue Brick Road. Oh good. Andrew Neil will be interviewing Brucie. I really need to hear his views.
21:55
David Dimbleby tells us this is the most exciting election for a generation. I note that this is going out in HD – much like Sky’s coverage – except the BBC would probably admit that 99% of their OBs are in SD since tonight must be one of the most resource hungry for any broadcaster.
21:49
I’ve been watching C4’s alternative election. It’s been advertised a lot today, including a wraparound on the Evening Standard.
Seemingly its actually being shot in the next studio along from BBC1’s election coverage in Television Centre.
Anyway, it’s a bit hit and miss so far, with significantly more miss than hit. I didn’t bother with the Come Dine With Me special at all, on the basis that I can’t stand Come Dine With Me and will never watch it.