Breaking The Code and Alan Turing 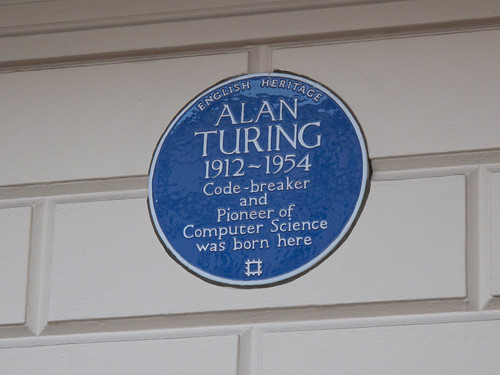 Today, had he lived, would have been Alan Turing’s 98th birthday.
Last night at the BFI Southbank, there was a great double bill featuring the excellent TV version of Hugh Whitmore’s play about Turing – Breaking the Code. Regular readers will perhaps recall that I saw a theatrical production of this play back in November. But although I’d seen this version before, I was happy to see it afresh and on a big screen.
The cast is powerful led by Derek Jacobi as Turing, but ably supported by Prunella Scales as his mother Sara, and Amanda Root as Pat Green. Alun Armstrong plays the police inspector who feels that it’s his duty to investigate Turing’s admissions of homosexuality, which leads to an inevitable sad ending. And Harold Pinter has a terrific cameo as a slightly disturbing mandarin for one of the intelligence agencies worried about how Turing lived his life and the authorities concerns about his vetting and the possibility of blackmail.
Sadly, I don’t believe this production is available on DVD. 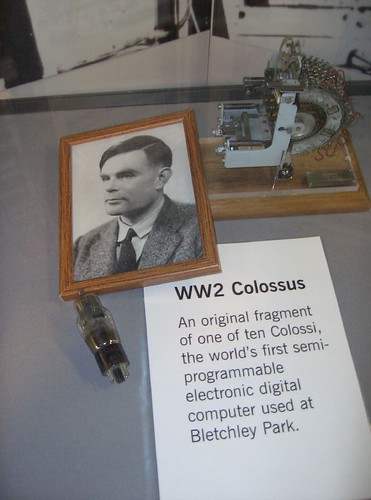 Next up was a 1992 edition of Horizon produced by Christopher Sykes. It’s remarkable how even a documentary made in the 90s still feels like something from a distant age now. The programme was largely based around Andrew Hodge’s excellent biography of Turing, as Whitmore’s play is. But it was made at the right time, with many of Turing’s contemporaries from the war and post-war still alive to tell us about Turing.
Unususally for Horizon, this edition of the series really was much more about the man than the science. Although we had his ideas laid out for us, the casual viewer might still be hard pushed to explainn exactly what he did during the war and post-war period apart from “work on” things.
It was good to see that a slightly uncomfortable NFT2 was packed out last night for this presentation.
(Amusingly, at the end of the Horizon credits, we saw a few frames of the original slide that followed at the end asking us to send cheques for £2 to a Broadcast Services address if we wanted a booklet on that series’ Horizon episodes. I’m pretty sure that somewhere buried away, I have that booklet).