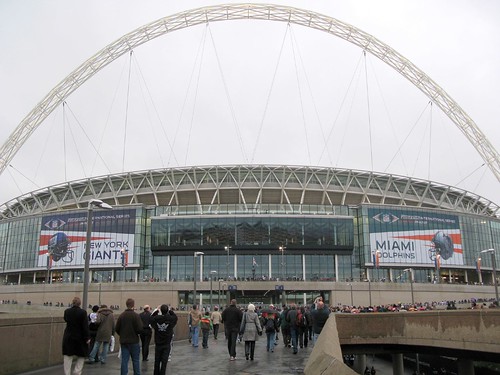 Broadcast magazine has a really interesting story relating to England’s failed bid for the 2018 World Cup. The story is here (behind a paywall).
In summary, it seems that in its bid proposal, England agreed to remove the 2018 World Cup tournament from the Listed Events which would have effectively let companies like Sky and ESPN bid for the tournament. It seems that neither the BBC nor ITV were aware of the inclusion of this in the England bid.
The excuse made is that this, along with plenty of other legislative amendments, or “Government Guarantees”, that FIFA would demand, were required in order to stand a chance of winning. The government was seemingly going to try to seek a compromise with FIFA in the event that it won the tournament. There’s a good list of those guarantees on Andrew Jennings’ site, released publicly as a result of the Dutch government’s joint bid with Belgium.
What this could have meant is that despite UK taxpayers footing significant bills for the honour of staging the event, UK viewers might have missed out entirely on seeing the finals played free-to-air.
In a post-digital TV switchover world, more channels than just the BBC and ITV would be eligible to broadcast World Cup games under the current listed events. But this story suggests that it’s not just the ability of a channel like Sky or ESPN, both of which have space on Freeview (albeit ESPN is encrypted and Sky’s is in the form of Sky News, Sky 3 and Sky 3+1), to broadcast free to air, but to actually end up with the game purely on pay per view television.
And while this list of 2010 World Cup TV broadcasters suggests that free to air dominates, there’s plenty of pay television in that list too. And in some cases more matches are on pay television than free to air.
Anyway, much as I’d love to experience a World Cup in England during my lifetime, the more I learn about FIFA, the more I’m relieved that we’re having little to do with them.
Yes, I’m well aware that the picture above, while being of Wembley stadium, is actually taken at one of their annual NFL games.