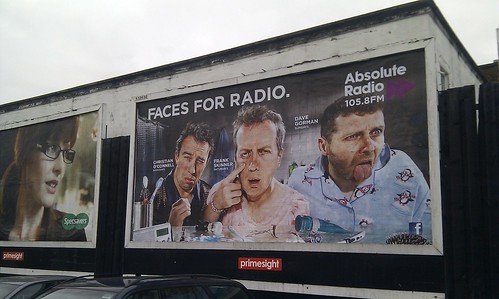 Absolute Radio – my employer – has started publishing app stats. You can read the first set of numbers here.
A couple of weeks ago Matt Deegan challenged the radio industry to do more than just publish the number of installs which, up until now, has been the headline figure most stations (including Absolute Radio) have published. I’d say that these figures are in response to that challenge, but that’s not the case as we were going to publish them anyway!
Installs are misleading because lots of people download an app, use it once, and then either never open it again, or delete it. And they might later reinstall it (Indeed only yesterday, for complicated memory issues unrelated to the app but very much related to my phone, I had to uninstall the Absolute Radio app and a few others, and then reinstall them (Good news, the new version allows install to SD Card)).
Active users and time spent in-app are much better reflections of true app usage. And users of our football app (currently iPhone only) spend an awful lot of time spent in it.
Note: I work for Absolute Radio, but would probably have blogged about these figures even if I didn’t. The picture at the top is part of the new Faces For Radio campaign that broke yesterday. This poster appeared at my local station this morning.