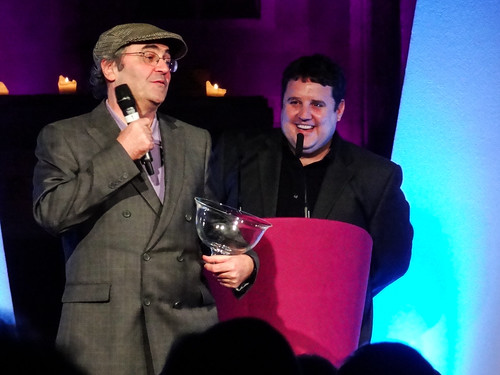 Finally, on an entirely different subject (although clearly it ran as an undercurrent throughout the entire Radio Festival), can I heartily recommend this week’s Media Show on Radio 4 for a much more measured take on the whole BBC issue at the moment. I’ve not attempted to write too much about it here, even though I have some fairly trenchant views on the matter, largely because I don’t know the full facts.
But that obviously doesn’t prevent some others from saying what they like regardless. When the news broke around 9pm on Saturday that the Director General was resigning, there was immediate live coverage on the news channels. And of course the people who made themselves immediately available tended to be people with knives to dig into the BBC in general. In the next few hours and days, there was a lot of ill-considered nonsense spoken about.
So it was rather refreshing to hear some genuinely measured and considered views on the whole mess and what it really means. In particular I found John Ware’s involvement compelling. He’s a journalist I’ve always respected, and he’s right to put things in perspective. When that edition of Panorama on the original Savile/Newsnight fiasco aired, I too thought that it was far too flip of John Simpson (someone else I admire) to rush to say that it was the worst crisis to ever hit the BBC. Ware was right to call him out on that. Indeed it was odd at the time that was practically Simpson’s only contribution to the whole programme.
Anyway, the guests were all considered in their views, and while I might not have agreed with them all, I couldn’t claim that they didn’t have everyone’s best interests at heart. I think it was right too that utter distractions like the DG’s payoff were avoided. That really isn’t the story; although at times you’d have been hard pressed to avoid that impression.