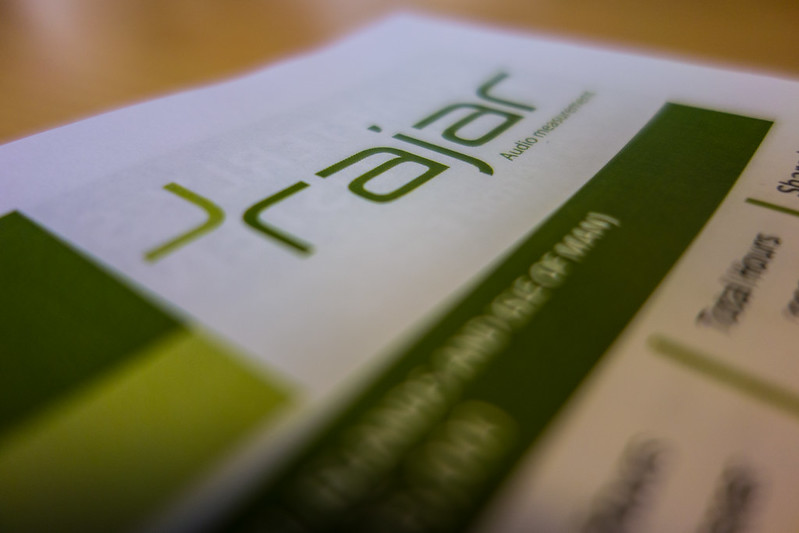 Yesterday, the DCMS finally got around to publishing something that became neither a white paper, nor a green paper, but instead Connectivity, Content and Consumers: Britain’s Digital Platform for Growth – a policy statement that bundled a lot of things together.
Importantly for radio, it reinforced the Government’s commitment to make an in-principle decision on radio switchover later in the year. The radio bit is on pages 29-30.
Why do I begin with this for a RAJAR report? Because yesterday’s announcement was predicated on digital listening having reached 34% of all listening, and in fact it has now risen to 36.8% of all listening being via a digital platform.

What’s more, 57.8% of people who listen to the radio do so, for or at least some of the time on a digital platform.
So we’re seeing some real growth. And I think digital is the real theme of this quarter’s RAJAR numbers.
Anyway, let’s get back to some listening figures.
If you follow radio industry news, you may well have seen the announcement that Bauer Media is in the process of buying Absolute Radio – my employer. There are plenty of links in my previous blog post. I won’t get into that any further here, because a) I don’t know a great deal more, and b) it has some regulatory hurdles to overcome before it happens.
However, this has been a remarkably good RAJAR for all the stations here in One Golden Square, so you’ll forgive me if I start with them.
Reach for the Absolute Radio Network has increased by over half a million on the previous quarter (and closer to six hundred thousand on the previous year). At over 3.7m, you’d have to go back to 2000 in the heady days of Chris Evans at Virgin Radio, to find a bigger reach for the business. And for hours, you’d have to go back to 1999. That was a different time in radio terms (People put up with AM for one thing).
The main Absolute Radio station is up to two million, while Absolute 80s and Absolute Classic Rock also achieved record numbers.
Indeed Absolute 80s is now confirmed as the biggest commercial digital-only station (it’s worth noting that following the rebrand of Kerrang! in the midlands, Planet Rock’s figures now include the FM figures for that service). Absolute 80s is now bigger than BBC 1Xtra in terms of both reach and hours.
Elsewhere nationally, Radio 2 has grown again. Another all-time record for the station that only last quarter set a previous all-time record.
Radio 4 has seen its reach grow, while hours drop back a little, and it’s perhaps a disappointing quarter for Radio 3. Five Live falls back in reach a bit to 6.0m, while TalkSport has bounced back a bit increasing to 3.2m reach. They may not be as happy with their hours which are pretty flat and below 20m.
And Radio 1 controller Ben Cooper, who has been doing the rounds a bit recently explaining what he’s doing with the station, will perhaps be pleased to see his audience grow a little. Reach has bounced back to 11.0m from 10.3m last time around. The question is, is his audience getting younger? The reason everyone is obsessed with the average age of Radio 1 listeners is because the BBC Trust has told him to get the age down, and in any case, it’s these are the next generation of radio listeners – and we need to get them hooked early.
The answer is that the age has gone down… a bit. Last time around, the average age of a Radio 1 listener was 34.0, but this time it’s 33.7 (Based on 15+. It’ll be a little lower if you include 10-14s – the youngest group RAJAR measures).
To put the difficulty of his task into perspective, here’s a chart that explains what he’s having to do as he tries to ditch older listeners.

This chart shows a snapshot of the reach of Radio 1 listeners by year, comparing Q2 2009 with Q2 2013.
If we look beyond grandparents being forced to listen to Radio 1 by their grandchildren, there are still frightening numbers of people in fifties and sixties. And as for people in their forties? What are they doing there? I guess it’s not for nothing that even Tim Westwood has been handed his P45. Shifting those “festival dads” on is not proving easy.
The chart does show you that a big chunk of people in their late thirties and early forties has gone over time. But the maths are stacked against Radio 1.
But age aside, I think the really interesting stat is to do with how people are now listening to Radio 1. Their listeners, strangely, have really been behind the curve listening to the station digitally. A recent piece of research suggested that only 3% of Radio 1 listeners preferred to listen to Radio 1 via an actual AM/FM radio. And yet, even today, nearly 69.2% of the station’s listening is through precisely one of those devices.
However, Radio 1 listeners are closing that digital gap – and very fast. Just six months ago, only 22.8% of Radio 1’s listening was digital, and that has now shot up to 30.8%. What’s more, while the most popular digital platform remains DAB at 15.9%, the internet is catching up very fast indeed, and a full 9.0% of listening to the station is via the internet.
Now RAJAR doesn’t break out exactly what platforms that listening is occurring on, but we can fill in the blanks elsewhere. Smartphone and tablet sales are jumping quickly. Indeed in 2012, tablets alone jumped 167% – and we’ve seen a whole raft of cheaper 7-8″ tablets released since then.
RAJAR does measure a general “listen via mobile phone” figure, which includes FM listening on those devices. And what that shows is that more people than ever – now 23.5% of all adults, 42.9% 15-24s – listen to the radio via a mobile phone. While I wouldn’t discount FM listening, I don’t think it’d be unfair to suggest that it was mobile app usage that is driving this number.
And the most recently released BBC iPlayer stats show that even with a recent summer dip in overall listening, mobile and tablet listening has shown consistent growth over the first half of this year (Page 7 of this PDF document).
Undoubtedly this internet growth is being driven by mobile apps like RadioPlayer, and in particular, BBC iPlayer Radio which has been on Android as well as iOS for a few months now.
And this isn’t just a Radio 1 trend. Kiss is even more internet driven with 9.6% of its listening coming that way, while the Capital Network is at 8.0%; both well ahead of 6.0% average.
If what the way the youth of today are listening to the radio is any kind of predictor of future behaviour of the broader population – and I genuinely believe that to be the case – then we can look for significant continued growth of internet listening to “traditional” radio.
With the popularity of Spotify, and forthcoming launches of services like Apple’s iTunes Radio, alongside more people having better and faster mobile data (OK – 4G is going to take a while yet), and more WiFi networks included with your ISP (e.g. BT, Sky), a behavioural change is taking place.
There is a lot of room for internet listening to yet grow.

London is always a good place to look, and as usual, it’s all change. Last quarter, you may remember, a lot of London stations lost a lot of listeners for no clear reason. Well the good news is that they’ve returned. Capital, Heart, Kiss and Magic have all seen significant gains, with Capital able to say that they’re number one in reach, while Heart has that honour in hours. Actual, in hours (or share) terms, it’s very tight with very little between Heart, Kiss, Magic, LBC and Capital in that order. LBC has also had a decent set of numbers coming off winning Arqiva Commercial Station of the Year last month.
Radio 1Xtra has put on some reach, while 6 Music and 4 Extra have fallen back a bit. Smooth 70s has jumped 7.2% in reach. And as mentioned Planet Rock now includes the former Kerrang! 105.2 in its figures, so gets a massive one-off jump this time around. Jazz FM (which is reported to be coming off Digital One) and The Hits have also seen growth.
A decent set of commercial results in London means that the gap between commercial radio and the BBC has closed a little. Commercial radio is now at 43.7% (from 41.9%) while the BBC is at 53.9% (from 55.7%). That’s quite a big jump in overall share terms.
What’s happening at breakfast? Well Nick Grimshaw has put on a few thousand, and he’s kept his average age down a bit at 33.0 – just below the station average. Over on Radio 2, Chris Evans lost 53,000 listeners. For most stations that would be significant, but not for Radio 2. He still has just short of 10m listeners at breakfast alone (9.75m in fact). TalkSport did well at breakfast and Simon Bates picked up a few listeners at Smooth. In London there was growth for most of the main shows, although Dave & Lisa sit at the top of the commercial pile (Evans and the Today programme are ahead overall).
Finally, here’s my usual Google Motion Chart. There’s a small version below, but you’re better off playing with the big version, where you can read my notes and see suggested options for using it.

And here’s the London version of the same chart. It has more data behind it meaning that you can be a lot more flexible in looking at trends by different demographics. Again, you should use the larger version (note that the London version can be slow to load).

RAJAR has put together a rather good infographic, which I’m reproducing below. It details some of the main stories overall but plenty more that’s worth looking at.

For more on RAJAR visit:
The official RAJAR site
Radio Today for a digest of all the main news
Media UK for lots of numbers and charts
One Golden Square for more Absolute Radio details
Paul Easton for analysis
Media Guardian for more news
Matt Deegan for more analysis
And there are always RAJAR Smilies
Source: RAJAR/Ipsos-MORI/RSMB, period ending 23 June 2013, Adults 15+.
Disclaimer: These are my own views, although they’re based on work I’ve done for Absolute Radio, and through whom I get access to the data. I also sit on the RAJAR Technical Management Group representing commercial radio. Just so you know.