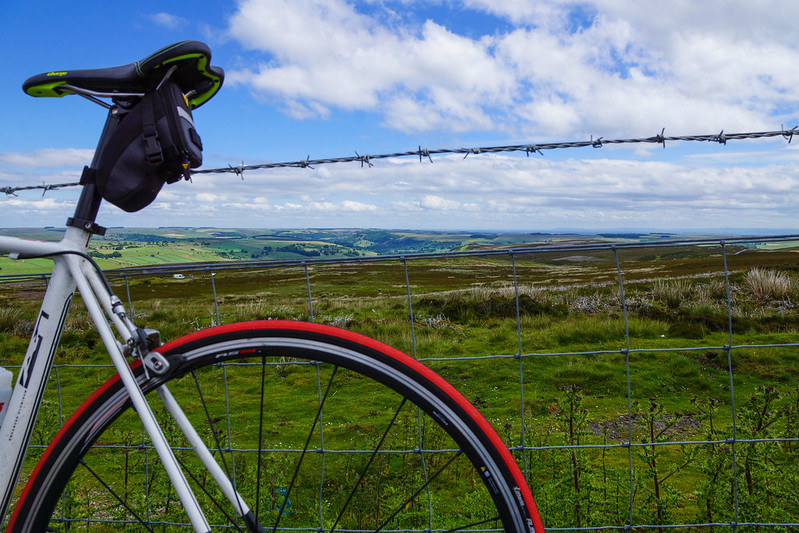 I have a confession to make. On my daily commute, cycling on my Brompton from King’s Cross Station to work, I don’t wear a cycling helmet.

Come to that, I don’t particularly “do” high-vis either.

I realise to some I must be dicing with death by behaving so recklessly.

Part of my reasoning is that I’m lucky that for much of my journey there are bike lanes – often segregated ones. So I don’t need to. I’m a confident cyclist, who will happily sit in the middle of a road lane rather than be pushed to the side. I never undertake left-turning or large vehicles. I have a bell and I need to use it a lot – usually because pedestrians aren’t looking and/or are engrossed with their phones/music.

I also like to wear normal clothes. I don’t cycle fast to work, and I don’t cycle too slowly. So I arrive in a state that lets me walk straight into the office without too much need for changing (things are different on hot summer days). I like to try to wear clothing that is suitable to cycle in, but isn’t out of place in the workplace.

I have a lovely jacket that I bought in REI when I was in the US earlier this year, and I have a couple of pairs of M&S cycling trousers that are more utilitarian than regular trousers, but look fine in the office.

I recently bought a rather nice Gore Bike Wear Element jacket – but I went for red rather than the high-vis yellow. You can still see me, but it’s not quite such a jarring colour.

My issue with high-vis yellow clothing is that it’s so common, it can actually make you a bit invisible because everyone is wearing similar clothing. Not only does every construction worker and delivery driver wear high-vis vests, but so do entire school parties. Wherever you look everyone is wearing high-vis clothing.

Here’s the deal. I’ll wear high-vis yellow the same day every car is forced to be painted in high-vis yellow as well. In 2013 there were 1,1713 deaths on UK roads (this is an all-time low!) and 21,657 serious injuries (Source: DfT). Obviously some people don’t spot some cars coming. But the solution is no more to paint every car yellow and have every driver wear a helmet, than it is to insist all cyclists wear yellow and ride with a helmet.

That’s not to say that there aren’t problems. When a lady – a nurse no less, judging by her uniform – recently pulled out into the bike lane without looking at all, I was very nearly hit. She slammed on the breaks at the very last second. That genuinely left me shaking for several hours. But I fear I could have been illuminated like Blackpool Tower and she still wouldn’t have seen me – she simply wasn’t looking at the bike lane. People drive their large metallic boxes into other large metallic boxes every day.

Things that I’ve seen in the last week that are far more dangerous than me not wearing a cycling helmet:

– The stupid number of people cycling without lights since the clocks changed. Lights just make sense. Even on well illuminated roads, you’re more visible. In the same way a car needs to have lights, so does a cyclist.

– The lady who sailed past a stationary me at a red traffic light yesterday morning, crossing in front of three lanes of traffic just as the lights were turning in their favour. She was wearing a helmet and a high-vis jacket. But neither of those are going to help much if you’re hit side-on by a double-decker bus.

– The people who wear a helmet, and then don’t wear it properly. You’re most likely to hit the front of your head. So your helmet needs to not be worn at a “jaunty angle”. It should come down to cover your forehead. But too many people don’t seem to know how to wear their helmets. It makes them next to useless.

I’m very much with Chris Boardman. He generated a certain amount of fuss when he didn’t wear a helmet on BBC Breakfast News on Monday. His piece on the British Cycling website pretty much echoes what I believe about the matter.

Cycling should be a normal safe thing to do, and insisting that we all “gear up” before we ever get on a bike won’t help. The whole Boris Bike scheme would fail to function for starters. While regulars can and do carry their own helmets, occasional users and visitors just wouldn’t bother. And yes, I know that you can buy a bike helmet for as little as £6.50!

I do wear a helmet sometimes. When I go out for longer rides I usually wear one. And headgear in general is very practical, especially as the temperatures drop – as they finally seem to be doing. That said, it’ll be wind and rain proof hats and cycling caps that I’ll be wearing this winter.