How Much Does An Artist Earn From The Radio? 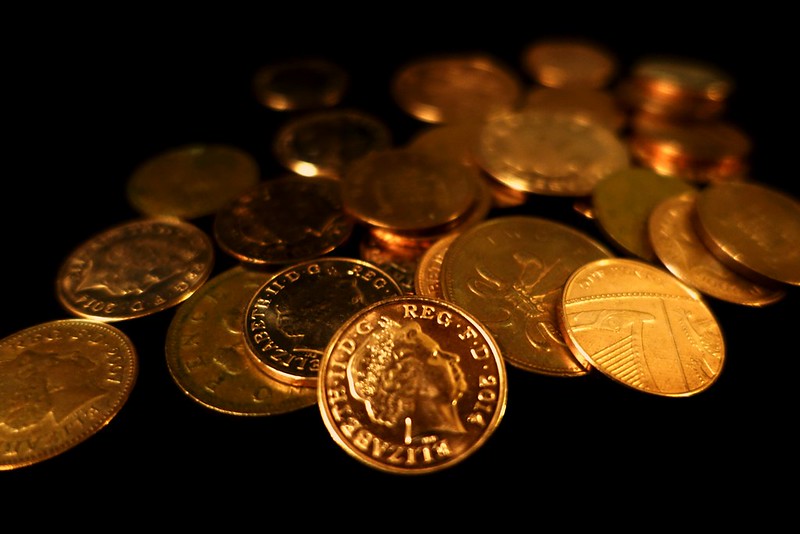 There’s a widely linked article recently published in Wired about a track that has been played 168m times on Pandora earning its writer only $4,000.

Now the first thing to note is that this number has been diluted a bit because there were three song writers and a publisher involved. The track overall paid $12,359. Still marginal, and representing just 0.0074 cents a play! And the second thing to note – which I’ll return to – is that $12,359 isn’t the full amount that Pandora payed out for this track. There are performance fees on top.

But it’s for stories such as this, that I wonder about the economics of streaming services in general. It is reported that companies like Spotify may well be paying 70-80% of their revenues to the copyright holders, but when these kind of paltry amounts are shown, some broader calculations need to be done.

I’m particularly interested in the extent to which increased streaming revenues make up for decreased “permanent downloads” (e.g. iTunes sales) and physical sales. In the US, the decline in permanent downloads is being made up in streaming revenues according to the RIAA. But there are still question marks across the industry, particularly when the download services tend to profitable, while the streaming services tend to still be losing money.

Some discussions on Facebook had me wondering about just how well UK radio compares to, say, Pandora in this instance.

So let’s do some back-of-a-fag-packet calculations.

I’m going to use publicly available data, and I’m going to have to make some assumptions.

First of all, you need to know how UK radio stations pay for the music they play. Well they deal with two collection organisations:

See Wikipedia for a bit more detail on the differences between those organisations. But what you need to know is that in the UK, unless you have some kind of direct deal, you’re going to have to deal with both of these organisations if you want to licence music. That’s certainly the case for radio.

[NB. In the US, it’s a bit different for their broadcast radio services, and effectively the performers don’t get paid for radio plays under a ruling which assumes artists benefit from the exposure airplay gives them.]

In the UK, as well as commercial radio, we also have BBC radio. But because commercial radio is paid for on the basis of a percentage of the amount it earns, the agreement the BBC has to come to with these collection organisations will be somewhat different. It’s almost certainly a confidential agreement. But what you should know is that the collection organisations can’t show undue favour to different groups. So there’ll be some kind of parity between the BBC and commercial radio (probably made even more opaque because the BBC has television services as well, that also use music).

So back to UK commercial radio.

As I mentioned, the cost of playing music to a UK commercial station is calculated as a percentage of the money the station earns in advertising. There’s a sliding scale depending on whether the station is a speech station or music station. Yes – speech stations do use music – just much less, so they pay less. The scale also takes into account the size of the station. The bigger and more successful you are, the higher the percentage.

The current costs to a biggish commercial station that delivers a decent amount of revenue (more than around £1.4m a year) are:

To be clear, these are the costs for a commercial music station being broadcast on FM/DAB. If you’re a satellite operator, it might be different, and if you’re an internet-only station, it’ll be very different and calculated on a different basis. This also assumes that all you’re doing is playing the music. Additional rights to reuse music, incur additional costs.

In other words, 10.25% of a station’s Net Broadcast Revenue (NBR) – the money it generates – is handed over. There are details about what money is and isn’t included in the NBR (non-broadcast related revenues that a station might bring in from ticket sales for example), but for simplicity’s sake, we’ll assume that all commercial advertising, including sponsorship and promotions, are included in this figure.

Now comes the tricky bit. To calculate how much an artist earns from radio play for her single on a station, we also need to know how much commercial revenue that station delivers annually. And that’s not something that you can easily find out.

I can look at Talksport’s earnings because it’s owner, UTV, is publicly listed, and they break that station out (£29.5m in 2013). But since that’s a speech station, that’s not a fair comparison. Global and Bauer are privately owned and the details that they publish in their filings with Companies House are much more limited.

Nonetheless, I think Capital London might be a good test case even if I have to use some estimates in my numbers.

The last report that Global Radio published said that as a group it delivered £220m of revenue.

But it gets messy with the purchase and then sale of some GMG stations, as well as this period including the selling of national airtime for Orion (the contract for which has recently changed to Bauer Radio).

So I’m going to estimate that Capital London earns about £20m a year.

Capital London accounts for about 2.5% of all commercial radio listening. And the commercial radio sector was last year worth about £454m which would give it a “fair share” of about £11m. But that’s low, since it’s in London where revenues are higher, and Capital is a premium brand.

So I’ll stick with my £20m estimate and heavily caveat it. I could easily be off by several million in either direction.

That means that Global Radio probably has to pay PRS and PPL about £2.05m a year for Capital London’s music rights.

But how much music is that for?

According to Comparemyradio.com, Capital London played 9,339 tracks in the last 30 days (actually 169 distinct tracks). So based on 365 days in a year, that means that annually the station plays 113,625 tracks.

That means that each time it plays a single track, it is on average costing the station £18.04 to play it.

But while that’s massively better than Pandora, each play on Capital London obviously reaches quite a lot of people.

How many? Well it obviously varies throughout the day, but we’ll use an average.

At any given point during the week – Mon-Sun – there are an average of 64,798 people are listening to Capital London (Source: RAJAR Q3 2014. Note that there are various ways of calculating this – I’m using published numbers to get to this estimate which will be close to other methods).

In other words, Capital London is paying about six times (6.01) what Pandora is to play the same song.

Now there is one massive caveat to this ratio. And that is that is the Aloe Blacc example from Wired only lists his songwriting royalties; he’s excluded his royalties as a performing artist. The New York Times suggests that these would be higher. But in the UK, as I’ve shown, they’re about even.

Applying an even split to the Pandora fees (so assuming it was more like $24,000 that Pandora was paying out for the song) would still see Capital London paying about three times what Pandora is.

The other thing to note is that the artist is not the only person getting paid by a streaming service. Depending on agreements made with record companies and publishing groups, a variety of people could be taking some quite sizeable cuts of revenues. An artist might have had a sizeable advance for example which is being paid back out revenues earned. Sadly, dependent on the deal the artist struck with their record company, what they’re getting from a streaming service might not be the whole story.

I would say though that I dislike stories that give the cumlative figure for payments made so far. Daniel Ek, for example, said the other day that Spotify had paid out $2bn since 2008. But that’s really not very helpful. A 2013 figure is much more useful.

Once again, for this estimation, I’ve chosen a very successful station in Capital London. A smaller station would pay much less. But then it’d be heard by fewer people too. Without some accurate revenue figures for a smaller station, it’s hard to calculate an equivalent ratio.

Anyone want to volunteer their numbers?

Some other interesting things fall out of these calculations. Capital, as I’ve mentioned, has a pretty tightly defined playlist with just 169 tracks in the last 30 days (compared with 3,665 for Radio 1 over the equivalent time). But that does mean that some artists do very well out of Capital.

For example, Sam Smith has 522 plays for two songs over the last 30 days. That means that he’s singularly responsible for 5.6% of all Capital’s current musical output.

If that popularity were to be maintained across a year (and that’s a big “if”), then Smith would be collecting about £115,000 from plays of Capital London alone! (Obviously what Smith himself gets depends heavily on who has the publishing rights, and who wrote the songs, as well as his performance rights). Multiply that up across the Capital and Heart networks which have both strongly supported him, and Global Radio alone is giving him a very nice income. And since Comparemyradio only lists the top 40 most played tracks by a station, this calculation excludes any back catalogue tracks that are getting slightly less exposure on-air.

Just one month’s airplay of Sam Smith is the equivalent of 33.8m plays (522 plays x 64,798 people). Again, that’s one artist with two tracks on one big London station. Contrast that with 168m plays for Aloe Blacc’s track throughout the entirety of the US! Even though I’m comparing two tracks in the UK with one in the US, I think that figure shows radio’s true strength. An artist that is strongly supported by radio (commercial and BBC) will have their track heard many more times than even a really popular streaming service can currently deliver.

In unrelated news, I note that Sam Smith is playing at this year’s Jingle Bell Ball this weekend!

Now perhaps I’ve picked a non-representative station in Capital London. It’s a very big commercial station after all. But I think it probably shows that just one station can provide a pretty decent income to one artist on its own. Especially if that artist is played a lot on a tightly formatted station with a fairly limited playlist.

And while Taylor Swift might have fallen out with Spotify, I note that she’s also happy to show up to Capital’s Jingle Bell Ball – because it probably makes more financial sense.

A few codas: Some of the figures will have changed between me running these numbers, and you clicking on some of the links – Comparemyradio updates daily, and I’ve been working on this piece for a while now. But hopefully the story remains broadly accurate. And as I repeatedly mentioned, there’s a big “if” surrounding the real revenue that Capital London earns Global.

And yes, I know that Spotify pays more than some of these values. But Spotify allows users to choose what tracks they hear. Pandora is a much more restrictive “radio”-style service.

I’ve created a Google Sheet with all my calculations.

Note: These are my views, and don’t represent those of anybody else – particularly any employer, past or present. Figures are illustrative and may well be wrong. E&OE. Your mileage may vary. Your home may be at risk…

These kinds of numbers can be calculated in a number of ways. Please drop me a line below if you think I’ve done anything wildly wrong!

Previous Story:
Films Sometimes Take A While
Next Story:
Serial on the Radio