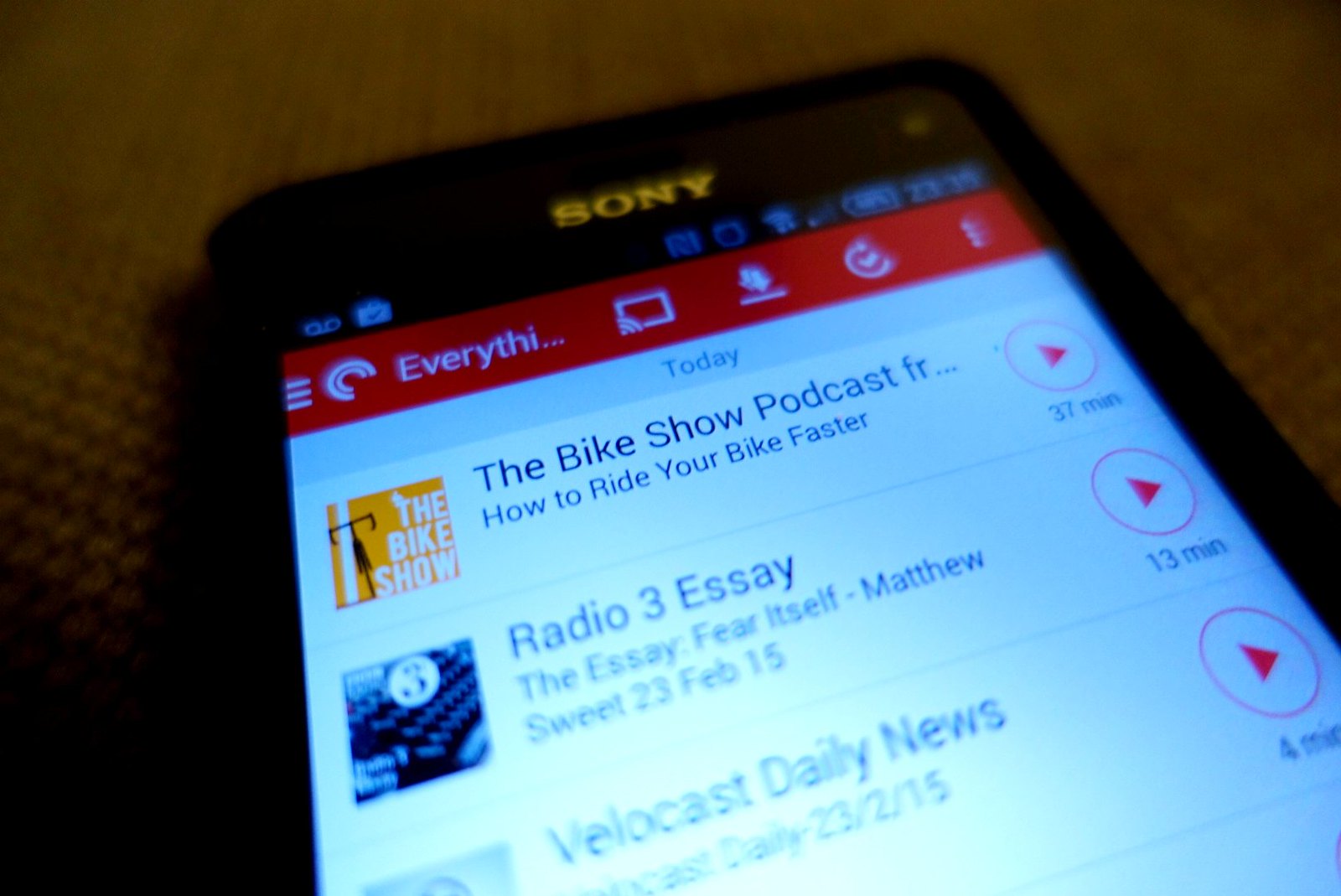 A piece on Digiday examines the undeniable fact that listening to podcasts is heavily skewed towards Apple’s products, despite there being significantly more Android devices in the market.

Now we know that not all things are equal: iPhone owners spend more on average – probably not surprising because they tend to be more expensive devices, meaning that their owners are generally richer.

But by and large, podcasts are free, so what is there to explain the difference?

Well many podcasts are aimed at a more middle-class listener – someone, again, who’s likely to own an iPhone. But I’m not going to tar every podcast on the planet with the “middle class” brush. In any case “middle class” means different things to different people. So that’s not the answer.

No, it’s clearly the case that a 360 degree ecosystem like Apple’s, means that it’s easier for their users to enjoy podcasts. The iTunes Store kickstarted podcasts, and their very name implies that you need an iPod (or iPhone) to listen.

Consider this: listen to the average US podcast, and in the bit at the end where they urge you to subscribe, or review the podcast (sensible – you might be listening to a stream that someone has shared), they only ever talk about iTunes:

The best you might get is something like, “or listen to us via your favourite podcasting app.” Stitcher might be the only non-Apple brand that gets regularly mentioned.

While there are non-Apple podcasting apps available in iOS, their usage probably pales into insignificance compared to the default app. A bit like default email apps or browsers, users mightn’t even be aware that there are choices. Perhaps only hardcore podcast listeners seeking some significant extra functionality are seeking out the third party wares.

So with Apple it’s a one stop shop. They have the store and the app installed by default. Any self-respecting podcast must appear in iTunes.

But where does that leave Android?

There’s a suggestion in the Digiday piece that Google could launch its own podcast app, making it a default part of Android. There are some benefits:

But there’d be disadvantages too:

– As the Digiday piece says, some podcasts that are earning as much as $50 CPMs – personalised live-read ads go a long way. Google would probably bring those prices down. Is that helpful for a burgeoning industry that has to work to arrive at its own monetisation models?
– Would inserting skippable/unskippable ads a la YouTube, mean that you had to use the Google Podcast app to listen?
– How would that work for podcasts which already have a bigger iPhone audience? Monetising only one part of the audience doesn’t work. YouTube works the same on every platform, but podcasts in their current form are simple files.
– What about the third-party app industry? Would Google’s entry dismantle it (as it largely killed the third-party RSS feed readers when Google Reader came along, only to nearly leave everyone high and dry when they later killed it)?
– Most manufacturers install their own apps/skins, so there’s not guarantee that Google’s app would be visible.

As a massive advocate of podcasts, I think Google would do well to step carefully into this arena. I’d certainly love to see podcasts incorporated into the Google Play Store. At one stroke there’d be massive discoverability, and when directing potential listeners/subscribers, podcast-makers could just say: “Go to the iTunes or Play store to subscribe/review/download.” It’s a much neater message. (Yes, I realise that this ignores Windows Phone, Blackberry, etc.)

From the store, it would simply have to prompt you to download a podcast app if you don’t already have one, or use your favourite app. The hooks are built into Android so this should be relatively painless. I’ll leave it for others to determine the most equitable way to do this with regard to the multiplicity of podcasting apps.

As for advertising? Well that’s interesting.

On the one hand, it’d certainly help grow the online ad audio advertising market if Google was to enter the fray. I’d envisage something similar to the YouTube model of Google selling ads, and sharing revenues with the podcast producers. And having a way to monetise podcasts has long been issue that many have had with Apple.

Then there’s the age old issue of “proof” that someone has actually heard a podcast advertisement. Advertising methodologies these days have to go out of the way to prove that a consumer really experienced the ad; they didn’t fast-forward at 30x speed or whatever. Plus there could be visual elements to those ads on device screens as Absolute Radio does with its InStream proposition. Google could provide a solution to this, demonstrating that the ads were listened to, and weren’t just backed up on a phone’s micro SD card, unlistened to.

But by no means would all want to take part. If you’ve developed a valuable way to monetise your podcasts – Slate springs to mind – then it’d up to you to choose to adopt it. Furthermore, it’d be odd if I didn’t get ads listening on iOS because Apple doesn’t support them, but I do on Android (I realise that these kinds of inequalities do happen in the two ecosystems). And we’re seeing elsewhere, some apps offering “exclusive” podcasts. The financial models are manyfold. So it’s not clear to me how it could work technically across multiple platforms without creating some new kind of “Podcast v2” technology.

Furthermore, let’s not forget that many podcasts are actually streamed directly from websites. Does everyone switch to Google’s player to incorporate their advertising? Podcasts are versatile and that’s one of their strengths.

Then you have podcasts that either work on a paid subscription basis, or offer extra backer-only recordings for those who contribute. How do you work with these? (To be fair, no two set of people seem to do this the same anyway, and it’s always a bit of a technical hurdle).

In general, I think making podcasts “easier” is essential for their future. But I’ve never seen a clear way to do it. I’m not certain that fragmenting the market is the way to go.

Adding a podcast section to the Google Play Store would seem to be the first thing to do.

Previous Story:
View from the Shard
Next Story:
Qatar 2022: Winners and Losers