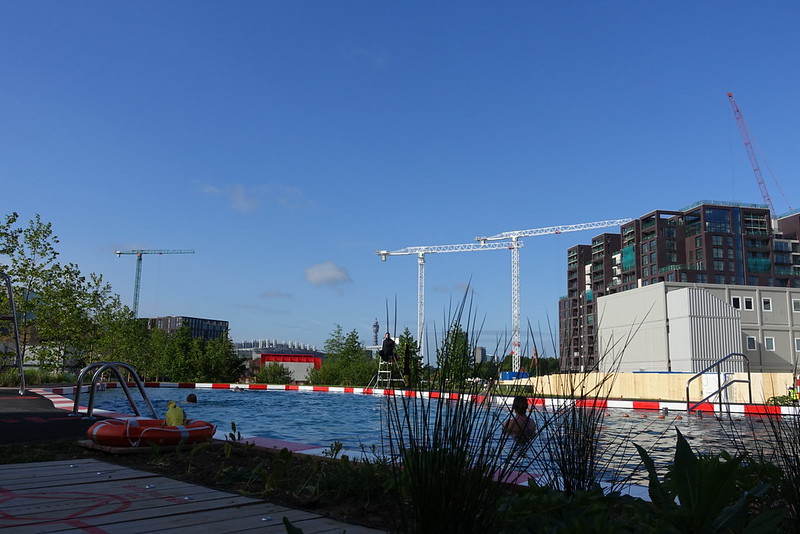 At 8am this morning, I was one of only three people swimming in the brand new pool that has opened up near King’s Cross. The pond is an outdoor unheated pool set amidst the ongoing redevelopment of King’s Cross. It’s actually located behind the old grain store that has become Central Saint Martins art college, and so you need to walk through some of the massive ongoing works including a new Google HQ and many very expensive looking apartment blocks (I’ve been reading JG Ballard’s High Rise recently – I’ll leave it at that).

According to their website, the pond is an art installation you can swim in. The designers have tried to build something more akin to a wild swimming pond than an urban lido. So you have plants growing in one end of the pool. There’s no chlorination, and they heavily limit the number of swimmers – 164 a day over a number of sessions.

I was there for the 6:30-8:30am session, and the most we had in the pool would have been eight people. Most were “doing lengths”, but there aren’t any lane markers or anything, so if you’re the sort of swimmer who wants to get their distance in, you should probably stick to other pools with their regimented lanes by speed. There’s a deep end and a shallow end, but I couldn’t tell you how deep it is. I’m 6’2″ and I couldn’t stand up in it, nor remotely feel the bottom. So it’s much less regimented than other pools would be first thing in the morning.

There’s also a bit of a splash area – aimed at kids perhaps? Nobody was splashing around this morning with an ambient temperature of about 11C. A chalkboard claimed the water was 16C. Either way, you have to take a cold shower before getting in, so that gets your blood pumping anyway!

I should note that after I booked my ticket I only then noticed that rain was forecast. It stayed away in the event, but swimming in the rain is quite a pleasant sensation too (the wire lockers may be a bit exposed, so be wary of that).

As ever, once you get moving, you don’t really notice the cold, although I should note that I’m the sort of person who’s perfectly happy swimming in the sea around the UK. Indeed, I thought the lifeguard sitting in a zipped up tracksuit looked colder than me.

I only noticed a couple of people wetting wet suits, most were hardy swimsuit-only types.

You need to book in advance to get a swim, in the main because they’re obviously keen not to over-fill it. And they only sell tickets two weeks ahead – perhaps to ensure that the entire allocation of tickets isn’t used by the same regulars every day? For an early morning swim like mine, the price was a pretty reasonable £3.50. It goes up to £6.50 during the day.

It looks like some kind of semi-permanent bar/food area is being constructed adjacent to the site. But you do need to know that you’re essentially swimming within a large construction area. Walking to the swim I realised that many of those around me were heading to their work sites.

You should also know that there aren’t really many in the way of comforts that your gym’s pool might have. No mirrors or hair dryers (Although I didn’t use the toilets). But I think they’re not looking to provide that kind of experience.

Well worth a visit if you’re an urbanite in the area. If you live somewhere more rural, then just jump in a pond, river or the sea! 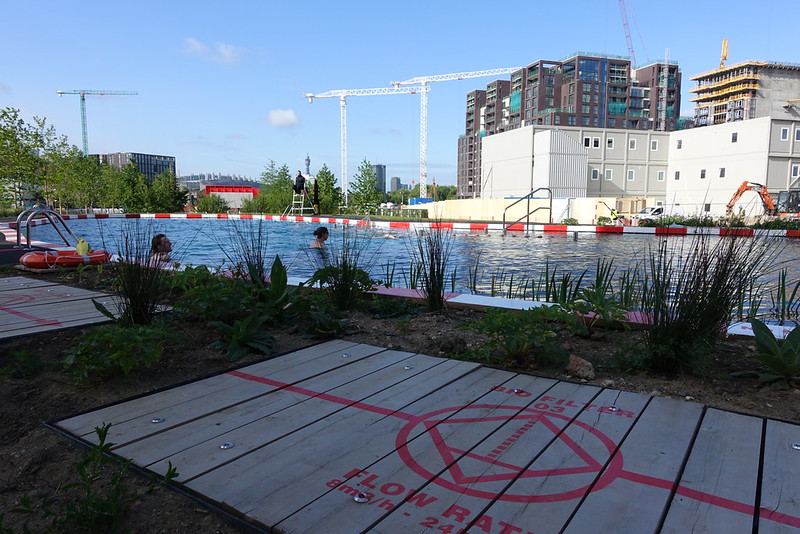 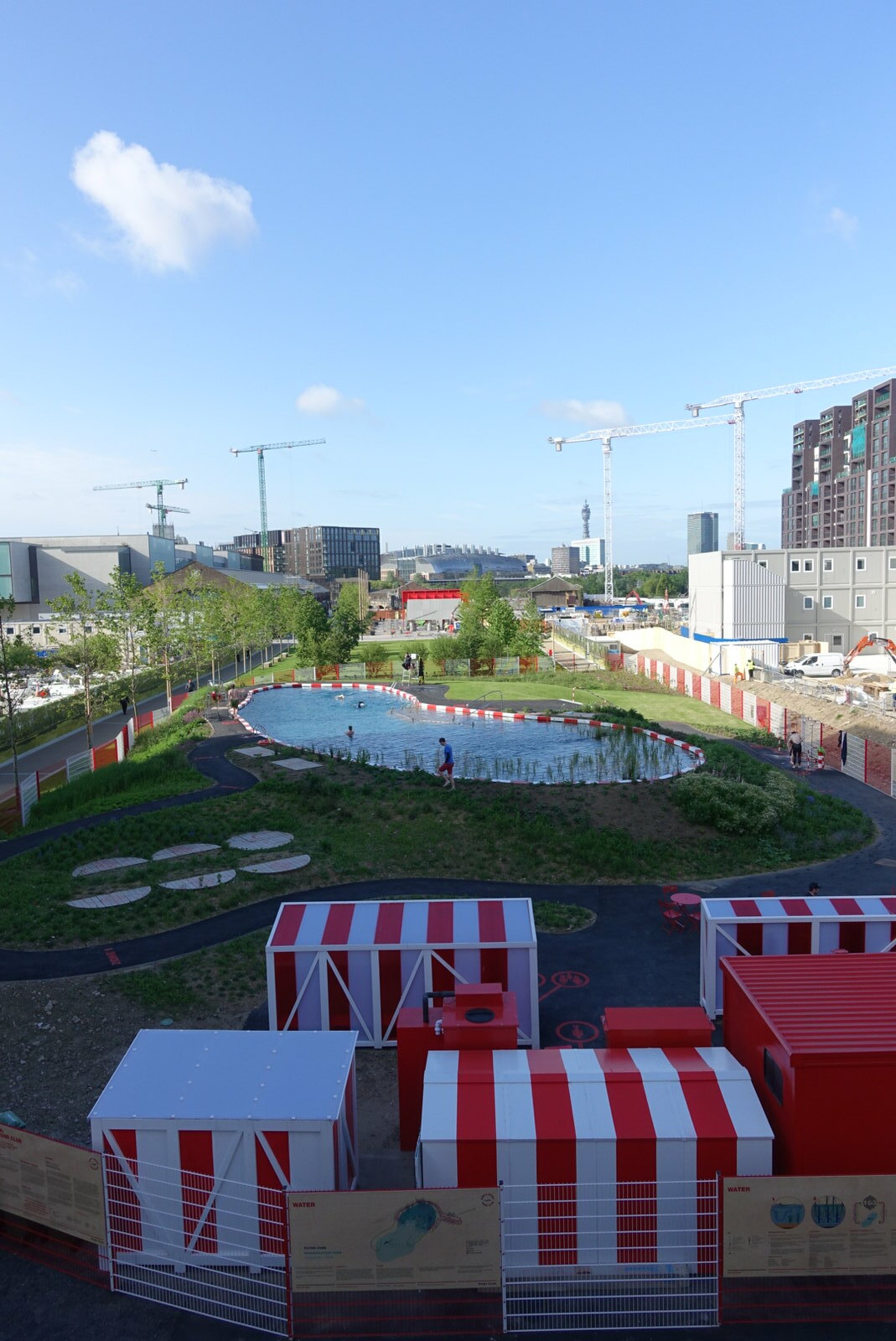