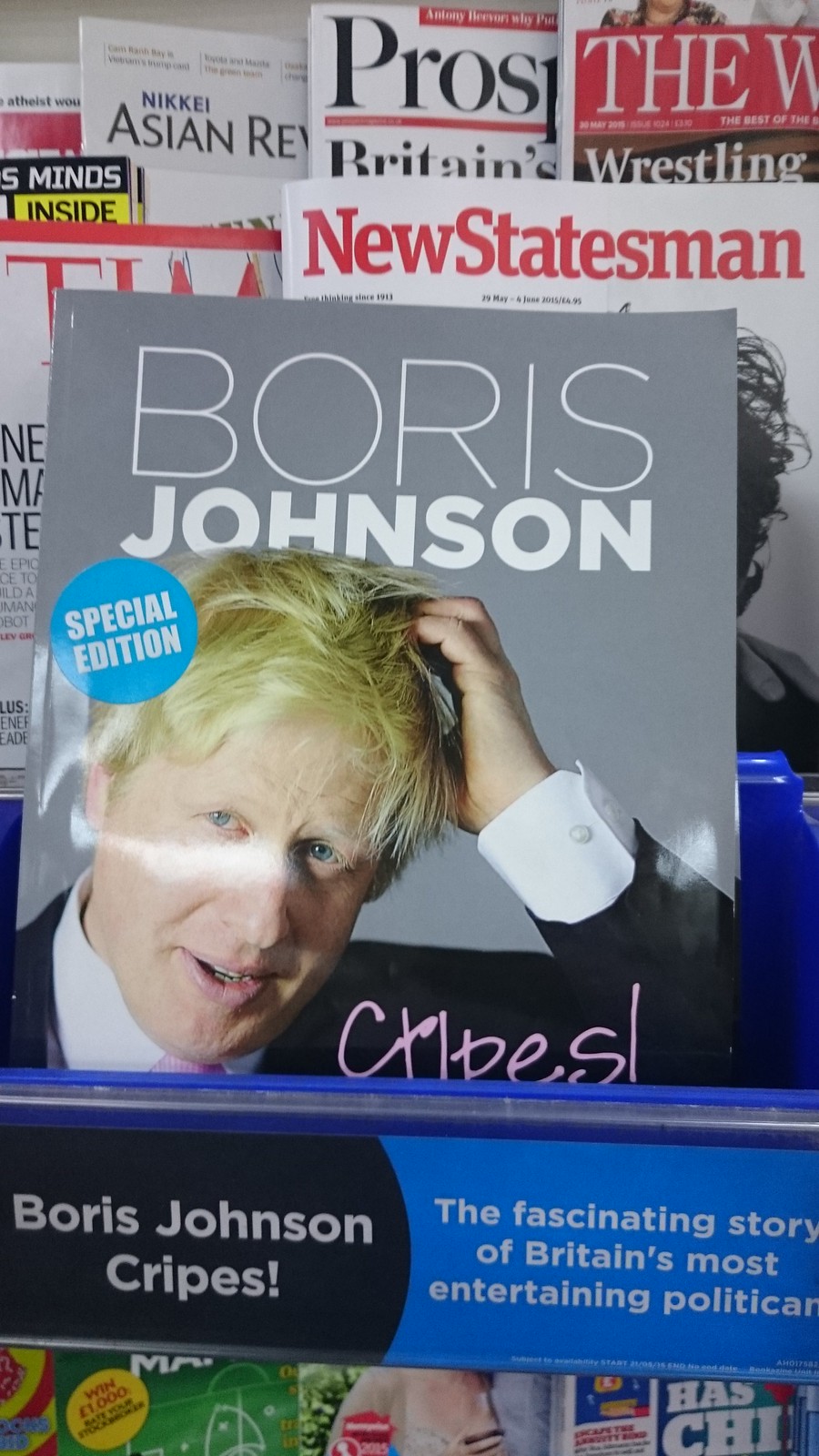 But first, let me apologise for using that word (also known, equally unattractively, as magbooks). It’s clearly made up by the publishing industry, and so perhaps I need to explain it first. It’s obviously a contraction of two words.

Books need no real explanation. They get published; they sit on bookshelves and hopefully sell; sometimes they’re available permanently; other times they eventually get returned (“sale or return”) to the publisher and are pulped.

Then there magazines. These also need no explanation. They come out perhaps weekly or monthly. They have a literal shelf life at a newsagent. And unsold copies get returned to the publisher (and pulped) when the new issue comes out to replace it on the shelf.

Bookazines somehow sit between these two things, and if you’ve been to the unholy mess that is W H Smith recently, you’ll know what I mean. They occupy shelving in roughly the same place as magazines, but their editorial’s lifespan is less “freshly squeezed” and more “made from concentrate.”

Titles often cover technical subjects such as issues around computing or perhaps using your new camera. A company called Imagine Publishing seems to specialise in these a great deal, with several feet of shelf-space occupied by their output.

Then there are rushed out jobs, when, for example, there’s a royal baby! 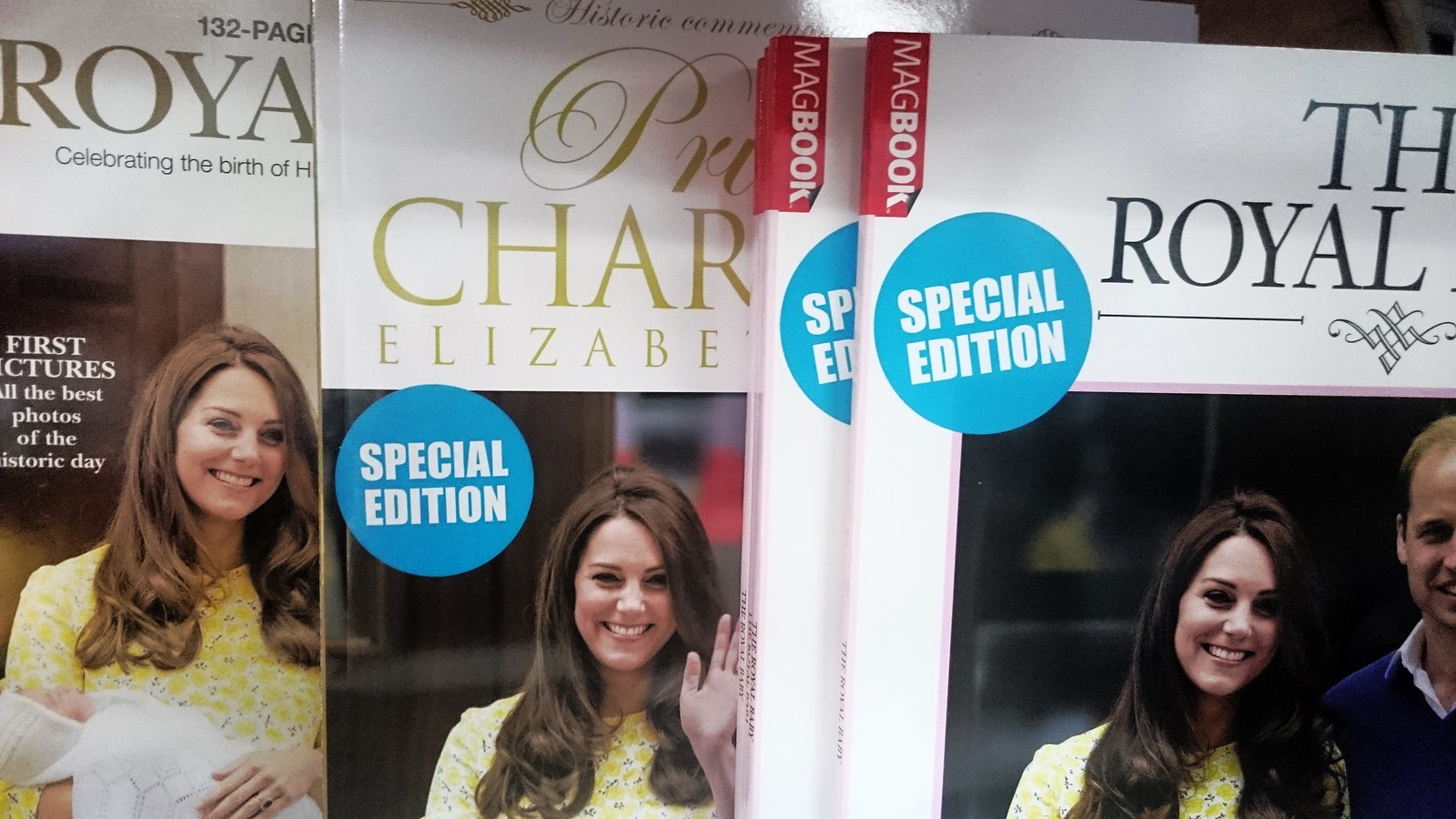 Note three bookazines rushed to print with essentially the same photo taken when Kate came out of the hospital. The presses were probably rolling a few hours later.

For some publishers it’s a handy way to “re-purpose content” and essentially republish features that have appeared in old magazines, bundling them up into something “new.” Cycling magazines seem to do this – perhaps gathering together routes from a couple of year’s worth of magazines and publishing them in a single handy package.

And then there are the packages that come with DVDs – usually obtained at low or no-cost (in the case of out of copyright material). So lots of WWII, Ancient Rome, Laurel and Hardy, Volcanoes. You name it.

The extended half-life of the average bookazine means that the shelves can be a bit stale. While many of them should clearly be printed on slightly better paper and reissued as actual, well, books, someone has worked out that people perhaps are more likely to see them in an ever-changing magazine environment rather than the more static non-fiction shelves of the book section.

This also papers over some of the cracks in the magazine publishing business, which in some sectors is in real decline as readers move to online sources and away from the printed page. These titles fill some of those gaps on the magazine shelves left from titles that have closed.

My real obsession has been ignited recently by a couple of titles that are getting a bit of promotion in W H Smiths – I assume because the publisher has paid for shelf hangers (or whatever the correct terminology in this sector is).

The election over, and Labour is busy picking a new leader, but somebody somewhere has decided that this should be Boris Johnson’s moment in the sun as he took his place in Parliament as an MP (while also being Mayor of London, something he said he wouldn’t do). And they published “Boris Johnson: Cripes!”

As you can see from the picture at the top it is somehow a “Special Edition.” Of what, isn’t clear, although that may well be a sobriquet that W H Smiths has given it. But it has been placed squarely among the political and current affairs magazines. Indeed it’s foremost of them all.

You do get the feeling that these titles are aimed at, well, a Daily Mail audience. Slightly right leaning, who do their shopping in Smiths, and don’t mind spending a few quid on an otherwise unheard of “magazine.”

But who else would fit the bill? Who else has been in the news a little and would make a good subject? 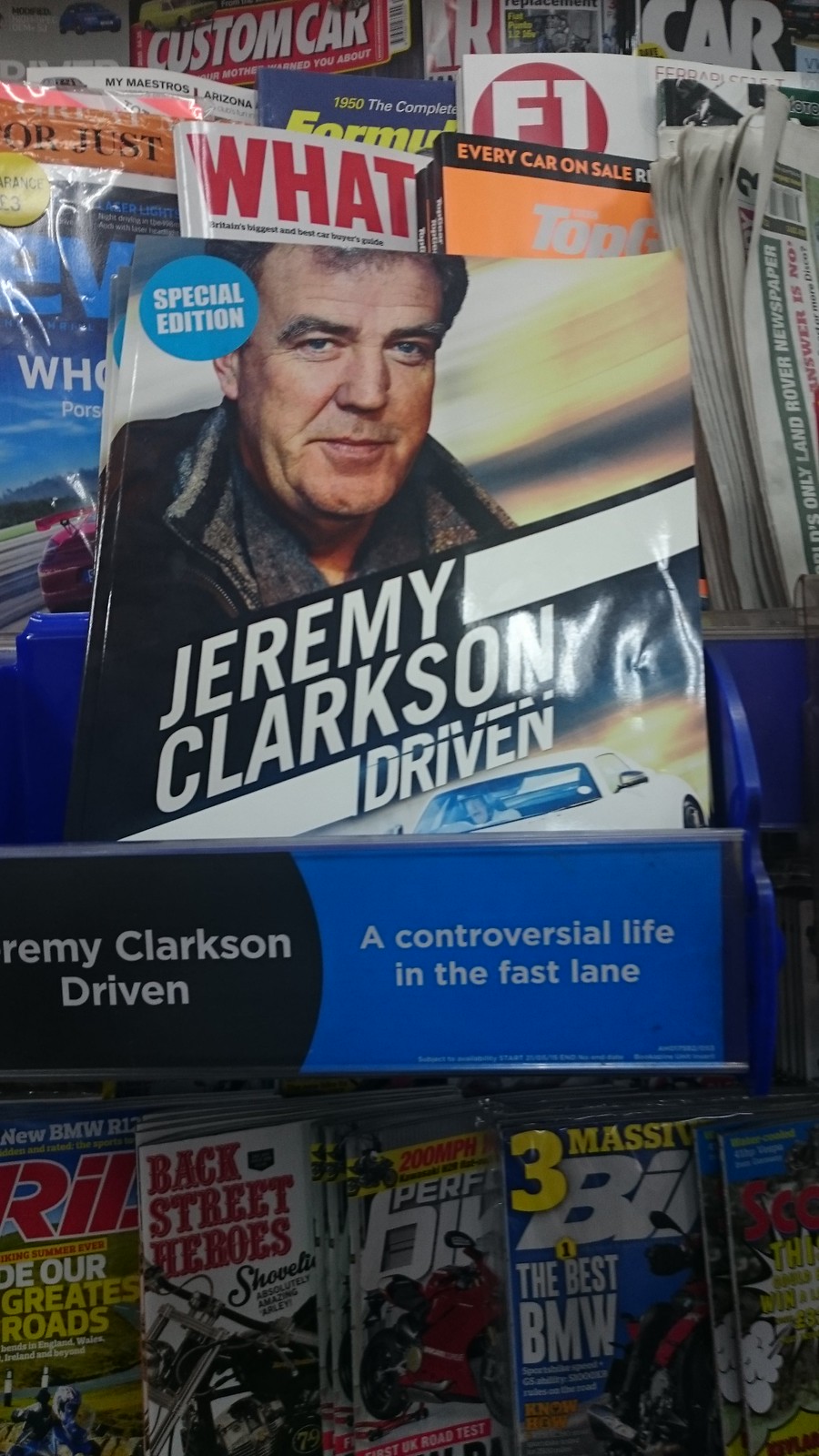 Jeremy Clarkson: Driven! “A controversial life in the fast lane,” says the sign.

It’s obvious now isn’t it? And there it is, sitting proudly ahead of the other car magazines in my local Smiths. Kicked off Top Gear; friend of the Camerons and the Chipping Norton Set! He’s ripe for the bookazine treatment. Except whisper it, but this magazine is copyrighted 2014 suggesting his recent Top Gear “fracas” hasn’t made it in (I didn’t either purchase or read through to check).

Both the Boris and Jezza titles come from an imprint called Endeavour Press, who seem to specialise in ebook publishing, and they’re both written by a chap called Nigel Cawthorne. I’m not familiar with the man, so I did a little searching to see what I could find out. I was mostly interested to see if he’d been turning out any more of these. But I found something even better!

Simply put, this man is a pure writing machine.

Based on ebooks available in the Kindle store on Amazon, he’s already had the following titles published in 2015 to date:

Blond Ambition: The Rise and Rise of Boris Johnson
David Cameron: A Class Act
Jack the Ripper’s Secret Confession: The Hidden Testimony of Britain’s First Serial Killer (he’s a co-writer on this one)
Alexander the Great
Roger Courtney: By Strength and Guile – The Story Of The Founder Of The SBS
Julius Caesar
Alan Johnson: Left Standing
Jeremy Clarkson: Motormouth (Updated To Include His Sacking By The BBC)
Prince Philip: I Know I am Rude, But I Like It: The Royals and the Rest of Us as Seen By Prince Philip

(And those three political biographies are also available in an omnibus!)

I didn’t look any further back.

Honestly, he puts Ed Reardon to shame with his sheer volume. And what a range of interests – particularly sex lives!

I would suggest that the two bookazines I’ve spotted published by him are “repurposed” versions of his biographies of Johnson and Clarkson, pacakged together with agency photos. He’s obviously recently updated his Clarkson book online, but as I say, it’s not clear that this is the version you can find in Smiths.

Now I have to confess that I’ve not bought or read either of these titles, or any of Cawthorne’s book, so they may be masterpieces. Or they may not be.

The quickie unauthorised biography has been around for years, with some publishers making a living rushing titles to bookshelves when someone either dies unusually young (e.g. Michael Jackson) or does something extraordinary in the public’s eye. To a large extent that business has moved online, where anyone can get an Amazon listing for their ebook in no time at all. I’m sure up and down the country, a few “biographers” are updating their old Chris Evans biographies with a few new chapters to ride the wave of Top Gear news.

Part of me wants to applaud the entrepreneurial spirit of the individual who came up with this idea and has implemented their plan so successfully. Another part of me wonders who on earth is buying and reading them?

Previous Story:
Can We Have A Moratorium on Shallow Depth of Field in TV?
Next Story:
A Microadventure in the Fenlands