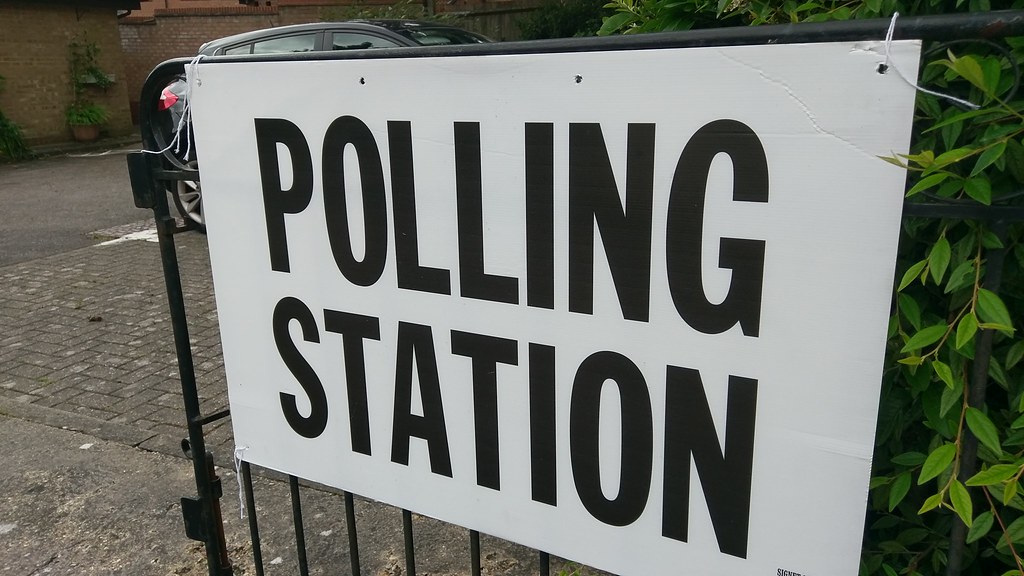 If you’re British and live in the UK, you will hopefully be voting today. Indeed you may have already done so!

My constituency is considered marginal – it could go one of two ways. And marginals are key to any election win, so parties target them.

As I went into my Polling Station this morning, a man approached me authoritatively outside the polling station itself. He was wearing a blue rosette without any other clear identification and asked me for my polling number. This is printed on the card that you get sent through confirming your eligibility to vote.

Now you don’t need to bring your polling card with you when you vote. Lots of people know that, but not everyone.

But if you do, the tellers would quite like to right down your number. And if there are tellers from multiple parties, they’re likely to share the numbers between them. The reason is that back at the local party base, members have big electoral lists where they’ve marked down voters according to likely preferences and likely voting proclivities, based largely (but perhaps not solely), on doorstep interviews and so on.

Later on in the day, they’ll start ringing up or knocking on the doors of homes of people they expected to vote for them, but haven’t so far.

However the key point here is that just because a party might like to know whether or not you’ve voted, you absolutely don’t have to tell them.

And I genuinely don’t think a lot of people know the rules, and more to the point that you can completely ignore tellers.

As I was leaving the polling station this morning a lady entering in behind me was asked for her voter number. She looked a little surprised and slightly apologetic: “I’m sorry. I didn’t think I needed to bring my card with me.”

The teller told that, no, she didn’t. And because she didn’t know, he left her on her way.

But people widely think that they have to pass on their details.

We’re British. We’re polite. “Of course you can see my card.”

There are rules on what tellers can and can’t do. They can wear rosettes (although not all do), but they shouldn’t be spreading any particular message.

However they’re unofficial, and you can politely say, “No thanks,” as I did when asked for my number this morning.

In a world where political targeting is getting more sophisticated, I’m not inclined to pass on any information to the parties. I’m not a member of a party, and perhaps if I was, I might feel different.

This election, for the first time, I’ve been targeted on a massive scale online. No longer do I see posters beyond those put up by people inside or outside of their homes. I’ve not seen any newspaper ads. But I have seen a lot of advertising across YouTube, Facebook, Twitter and Instagram. And it’s all for one party. They know I live in a marginal, and they’d like me to vote for them. (The advertising is all negative, incidentally. It has all been about why I shouldn’t vote for the other lot. Well, if you can’t stand on your own policies, then I’m definitely not voting for you. Simple as that. You can take your US election tactics and keep them.)

There’s a lot of talk about how “big data” is being used to tightly target voters. and indeed put off some people from voting at all. While I’m not inclined to believe that these database-driven campaigns are as powerful as they’re sometimes portrayed in media reports, I’ve certainly come to the view that I’m not contributing to these databases.