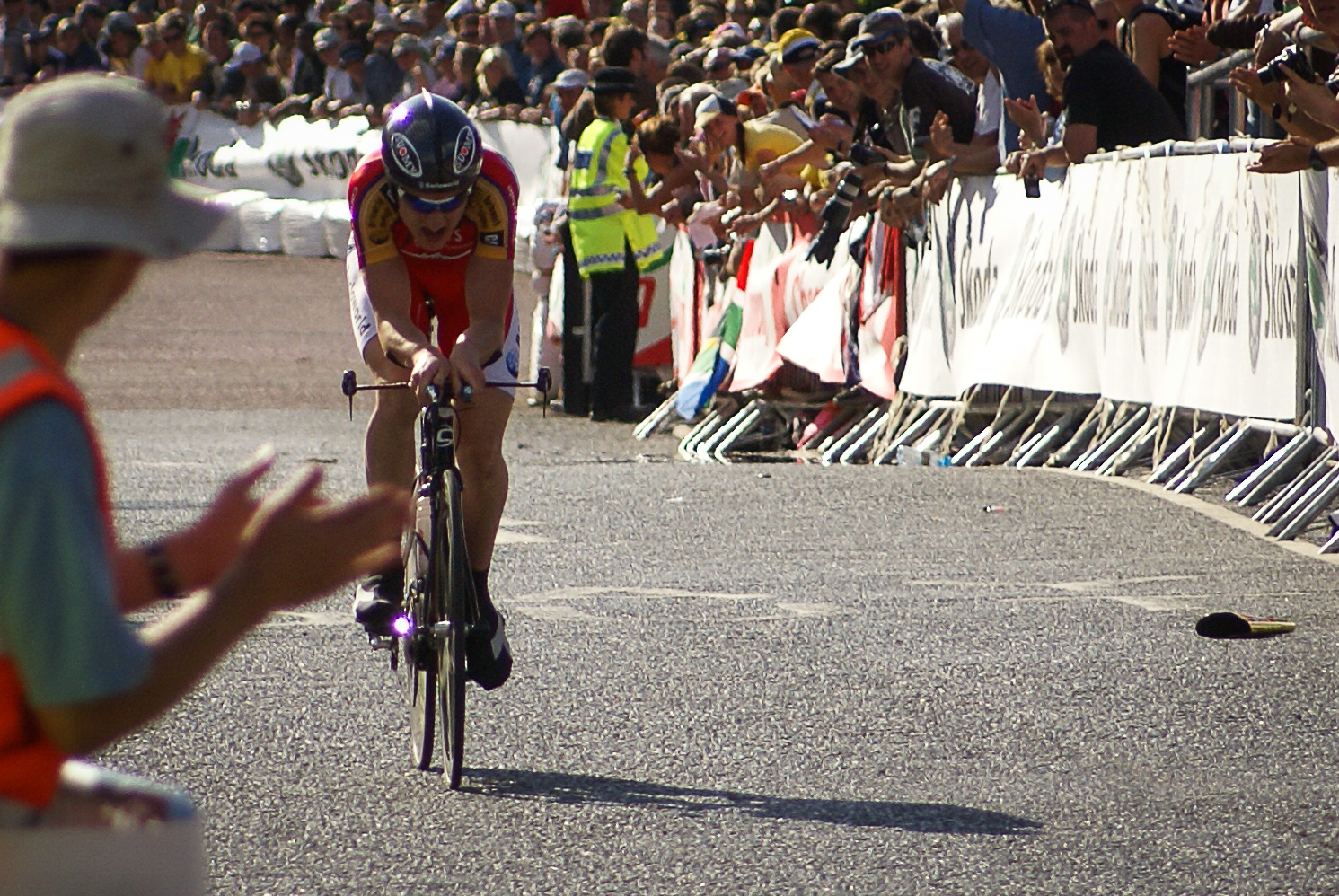 It has been thrilling over these last three weeks to see one of cycling’s real Mr Nice Guys win the Tour.

I couldn’t say exactly when I first became aware of him, but Britain’s success on the track meant that I’d seen him pick up medals ahead of his gold at the Beijing Olympics in 2008 as part of the Team Pursuit – something he was to repeat in 2012.

In 2007, he took part in his first Tour de France, as part of the Barloworld team that also featured a certain Chris Froome. I was out in London and the next day, Kent, to watch that Tour start in Britain that year, and digging through my pictures from the time, he features.

He finished second last in that Tour, but he was much heavier, and was only 21 (the same age as Egan Bernal is today – suggesting that the young Colombian will be an extraordinary future talent). But he did finish, which was the important point. 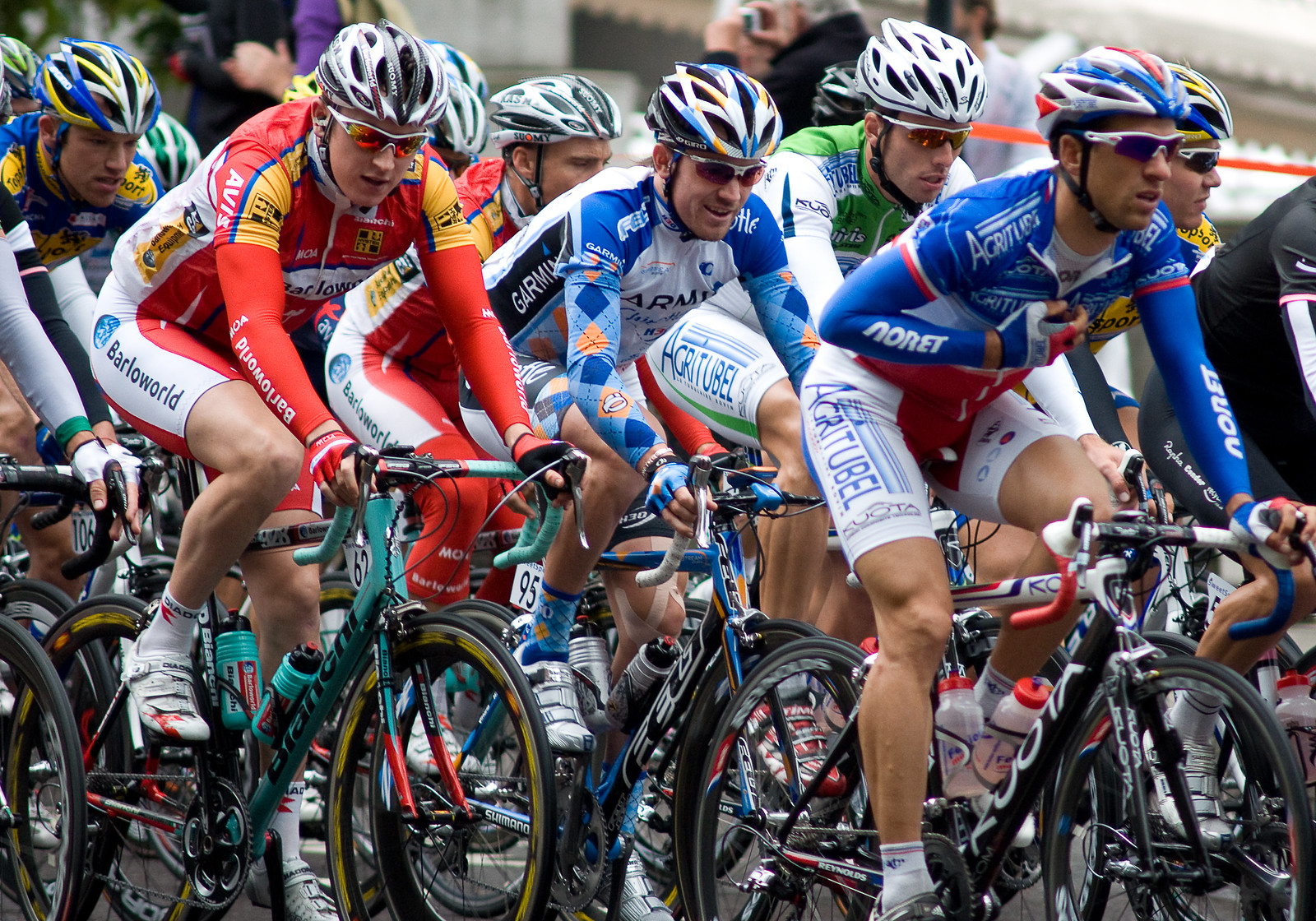 In 2008 he was still riding for Barloworld at the Tour of Britain – Team Sky remaining at that point a twinkle in Dave Brailsford’s eye. 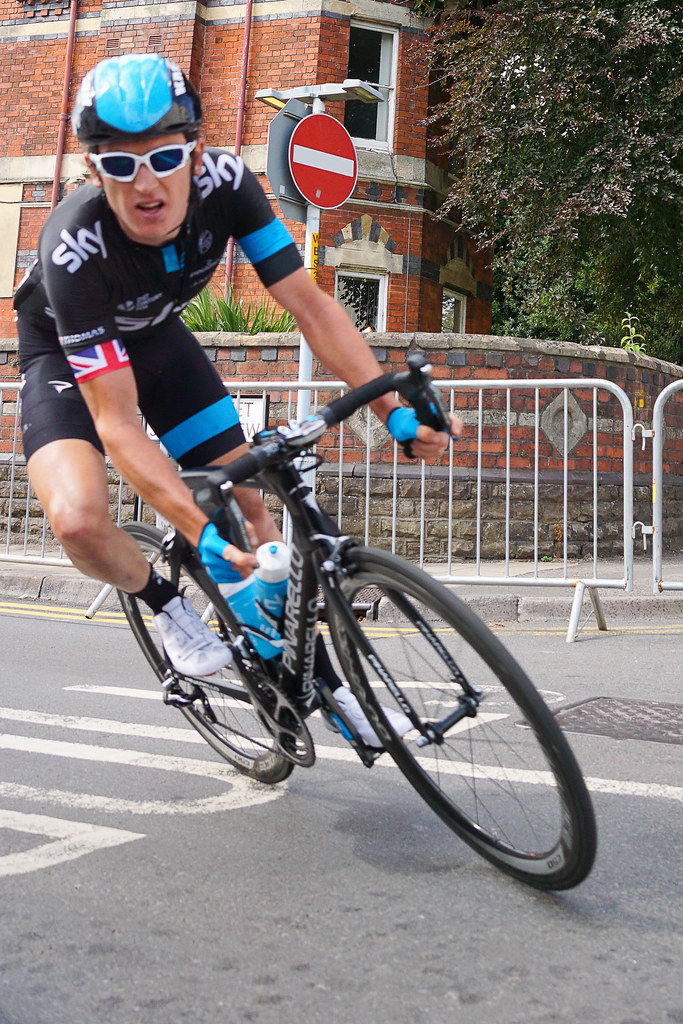 Flash forward a few years, and Thomas was at the National Road Race in Abergavenny. I somehow managed to get there and back for a day trip to watch that competition. These days Sky doesn’t always let their riders race the nationals because it’s a week ahead of the Tour and injuries can happen. That day, the race was swamped with Sky riders – Peter Kennaugh beating the rest, with only the Yates brothers preventing complete Sky domination. 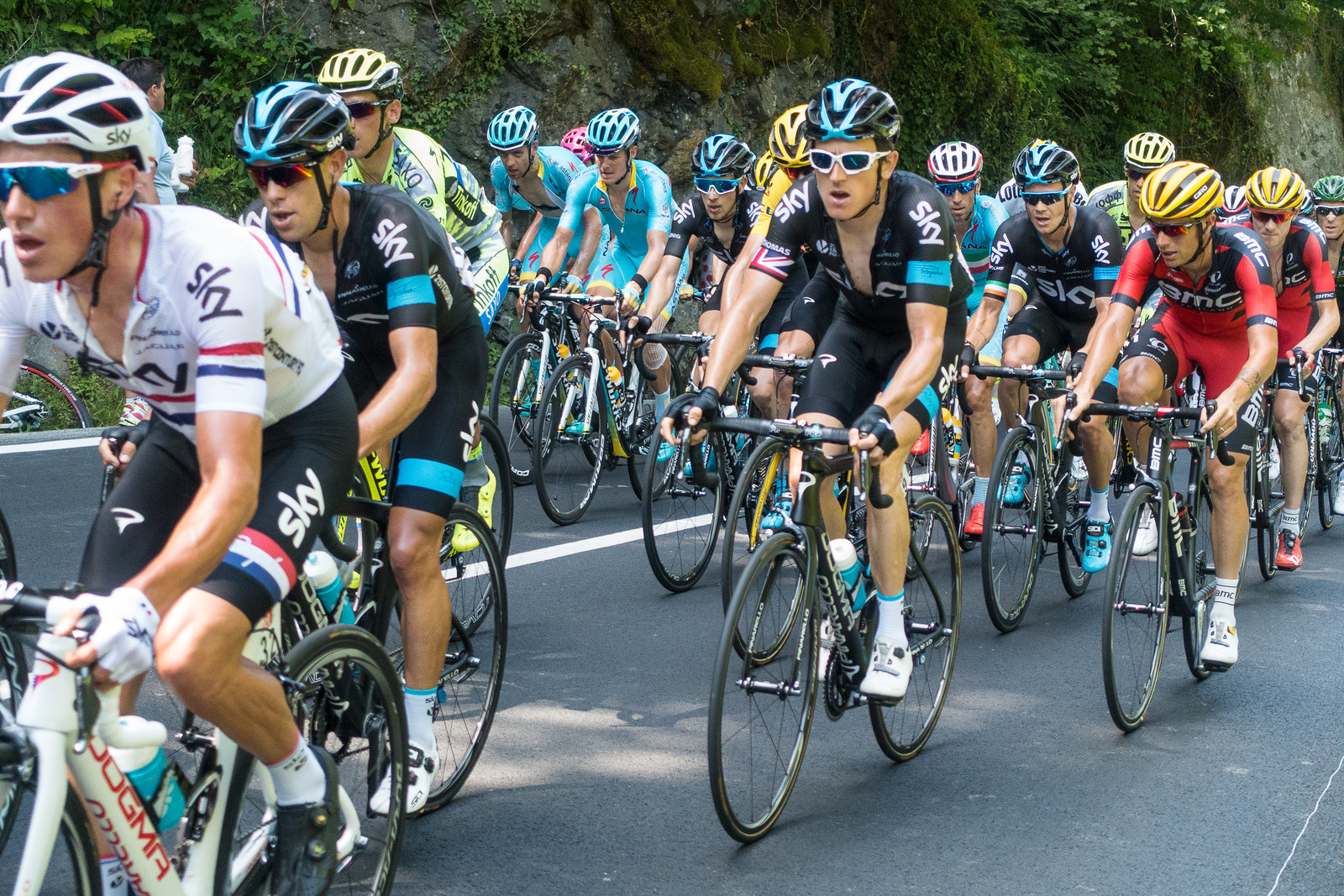 A year later, and I was out at the Tour in the Pyrenees where with Froome already in yellow, they entered the mountain stages properly. It was very warm on the roadside that day – and had been when I’d ridden a few km up the mountain before pulling over to conserve energy and water, and to wait for the race.

A couple of years ago, his book came out and I went to an entertaining Q&A. As with these things, there was a long queue to get the book signed, and I was towards the back. The queue moved slowly because everyone wanted a picture – something he was happy to do. I wasn’t going to bother, but the guy next to me in the queue basically bullied me into it. I had to take a picture of him after all!

I’m quite pleased I got that photo! (I also got him to sign a copy of the photo just above, which now hangs on a wall at home.) 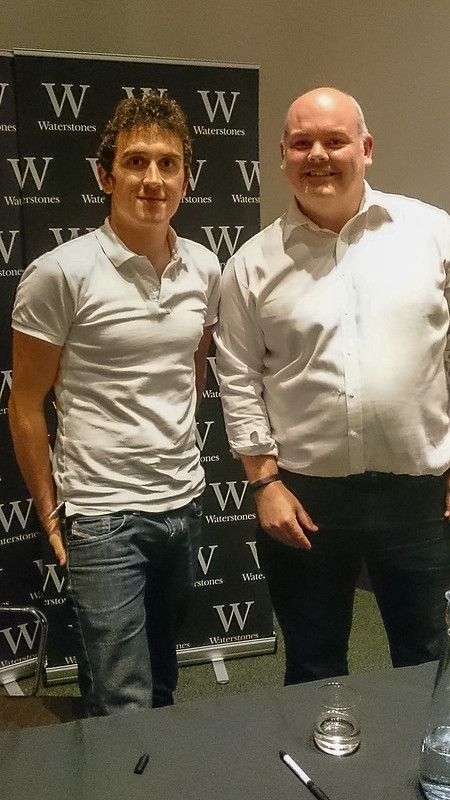 A great day, and a great rider. A fantastic sense of humour, and it doesn’t harm that he’s an Arsenal fan.