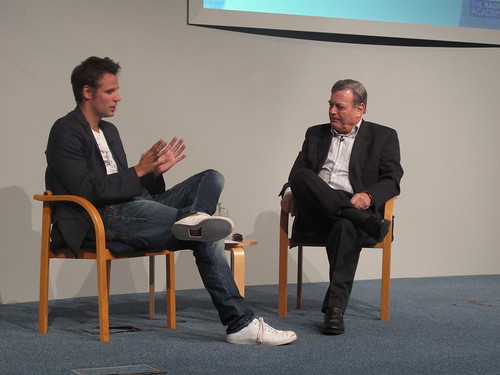 [Update: Over at the Onegoldensquare blog, I’ve written a less detailed summary which might be easier to read]
[Update 2: The Radio Academy has now published all the video and audio from Monday on their website. Also included are the various presentations given at the event!] Live(ish) from London’s MIllbank – it’s not exactly like an episode of The Thick of It.
James Cridland is our host – he’s from “the future” according to the Radio Academy’s Trevor Dann.

From The Outside Looking In

Previous Story:
The Men Who Stare At Goats.
Next Story:
Radio at the Edge – Factoid Videos