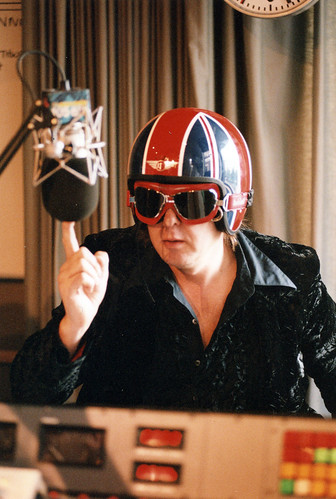 The big news today is that Jonathan Ross has quit his job at the BBC. Although he’ll be staying on for specials and on presentational duty at things like the BAFTAs and Comic Relief, he’ll be leaving his Friday Night Show, Film 2010 and Saturday morning Radio 2 show.
Leaving aside the whys and wherefores of his decision – and seemingly it was his decision – what does that mean for TV and radio? 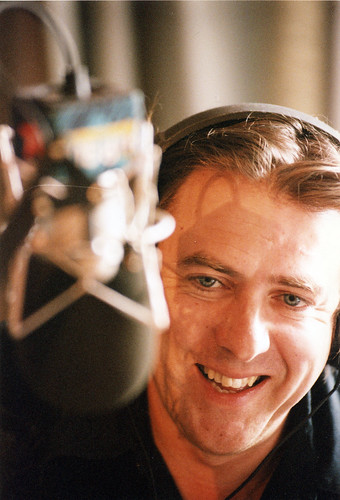 Fortuitously, Graham Norton has just signed a new deal with the BBC, so I think we can expect to see his current Monday night show swiftly moving into the Friday night slot. Indeed having both shows on BBC1 felt like one too many shows. Yes, I know that in the US, we’d get five nights a week of this kind of fare, with NBC letting Jay Leno creep into primetime this season. But that’s not really the role of BBC1.
Ross himself might end up doing his show on ITV1 – although Paul O’Grady is just about to fill that mantle. That’s not to say that betwen themselves, Ross and O’Grady couldn’t each do 13 week runs throughout the year. You’d anticipate that their shows would fit into Saturday nights, currently chock-filled with X-Factor, Dancing on Ice, Britain’s Got Talent, I’m A Celebrity, Ant and Dec and so on (and we must remember that Big Brother’s up for grabs at some point later this year too).
But I think this does leave BBC1 with the opportunity to launch a new, less comedic and more serious interview show. I was no real fan of Parkinson, but once he sailed off into the sunset, UK TV was deprived of any even vaguely serious interview shows. And with both Ross and Norton on their books, there wasn’t really room for a new chat show. The last real attempt to start a new show was the desperately awful “Davina” McCall show in 2006, something everybody is still trying to forget. I’d suggest going a bit upmarket from that and getting someone who can interview well and get more from a guest.
Getting guests really shouldn’t be a major issue. With only Ross or Norton to go on currently in prime time, the earlier teatime and lunchtime shows do surprisingly well with the calibre of their guests – however embarrassing it must be for your publicist to get you onto Loose Women.
So I’d suggest looking beyond the “usual suspects”, and not to model the show on American chat shows (as nearly every show is) which – with the exception of Jon Stewart and Stephen Colbert (and to an extent Craig Ferguson) are pretty awful. Yes – even Letterman.
Film 2010 is another interesting position to fill. The obvious person is Mark Kermode. BBC2 really hasn’t found a home for The Culture Show, and this might be a good opportunity to use one of its better strands. It’d be nice for the programme to grow some legs and not rely on the somewhat dull star interviews conducted in Park Lane hotel suites. Another option would be Andrew Collins. 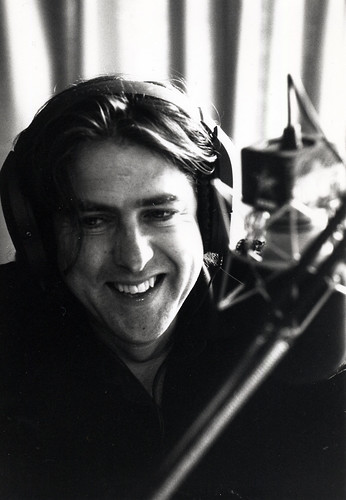 The radio position is really interesting. For a while, Saturday mornings were a real battleground. There was Adam & Joe on 6 Music, Jonathan Ross on Radio 2, Danny Baker on Five Live, and our own Frank Skinner on Absolute Radio. Now the first two have both, or will shortly, be stopping. So who fills that slot on Radio 2 from later in the year?
Matt Wells suggested Liza Tarbuck earlier today. She’s been filling in for Ross in that slot, and she adds a much needed female voice to the Radio 2 roster. Remember that Radio 2 has no female presenters in primetime during the week, with Sarah Kennedy and Janice Long filling the early breakfast and overnight slots respectively. Even weekends are really limited to Zoe Ball at Saturday breakfast and Elaine Paige for Sunday lunchtimes. So Tarbuck would be a welcome fulltime addition.
Would Ross want to do any more radio work? I don’t know. I think he enjoys the medium, and I remember him from his time at Virgin Radio back in 1998/9 when he first presented a radio show nationally (in particular I recall that when he sat in for Chris Evans at breakfast his was one of the funniest ever radio shows I’ve heard). More to the point, could anybody in radio afford him? Might there be a syndicated show in there somewhere? Or would he cause too much stress for compliance people?
Time will tell.
[More Jonathan Ross photos from his time at Virgin Radio in 1998 and 1999 can be seen here] Disclaimer: As ever, these are personal opinions and don’t necessarily reflect those of my employer. I have absolutely no knowledge of any discussions he may have had or be having with anybody in radio or elsewhere.