What’s been most interesting so far, following the news that the BBC might be shutting down, has been the reaction in the “Twittersphere” and online in general.
There were lots of callers on Victoria Derbyshire’s programme this morning, with Martin Kelner and John Myers also making appearances (there’s feedback throughout, but Kelner and Myers are on at about 1 hour 26 minutes in).
But it’s on Twitter that there’s really been a reaction. Here are the trending topics on Twitter as of a few minutes ago. 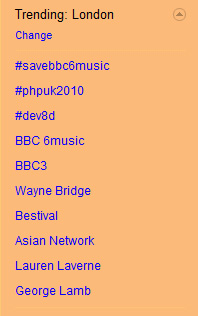 OK – that’s in media-luvvy London. What about the UK overall? 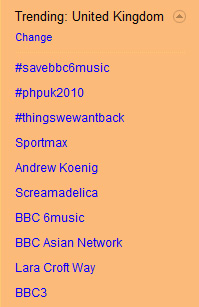 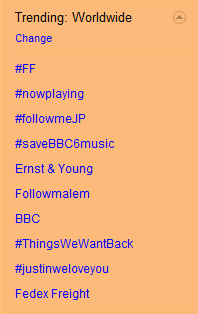 (To be fair, this is before most of the US has woken up. Still a strong showing though.)
The comments are coming in thick and fast. 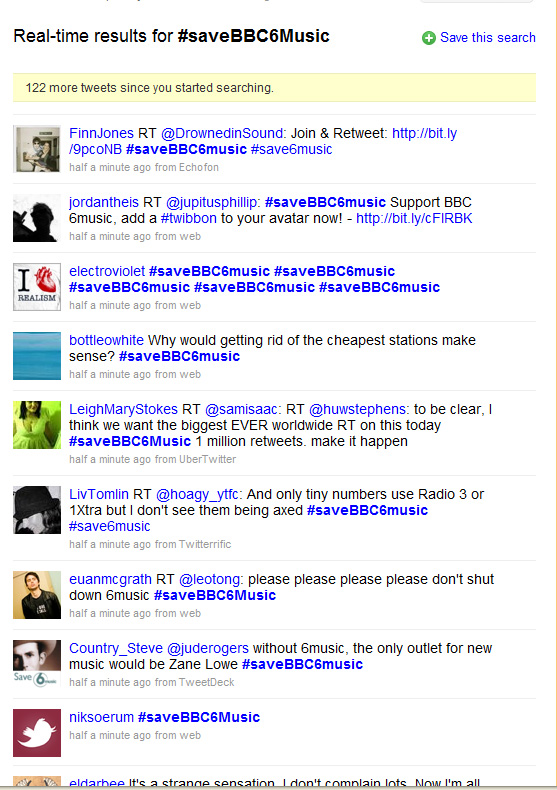 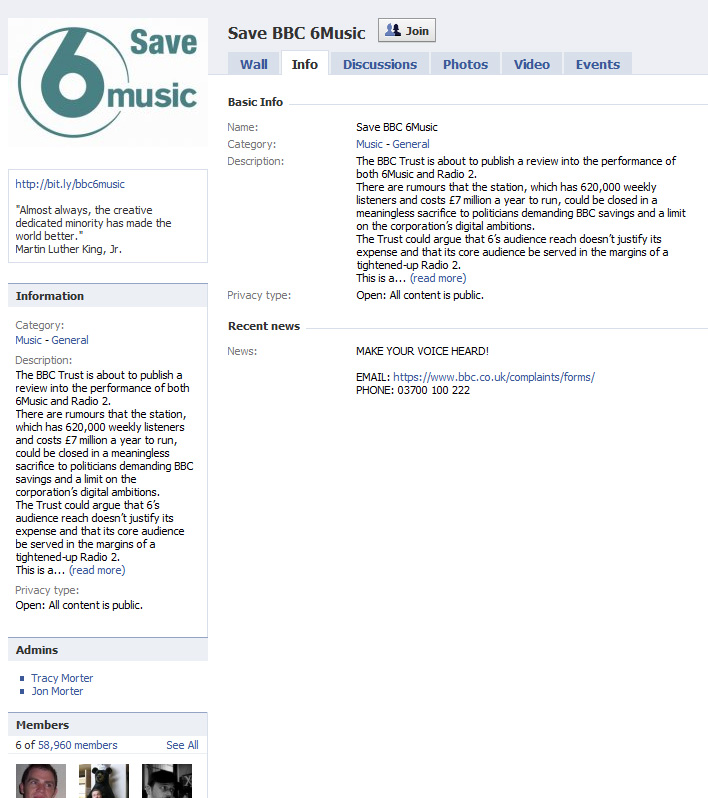 And you can add a Twibbon to your avatar:

Then there are all the comments on the various news sites, blogs and forums.
Is all this too much for a station that fewer than 700,000 people listen to on a weekly basis? (Still nearly 200,000 more than The Times sells, as has been pointed out on Twitter, referring to The Times’ editorial that said the BBC is closing “a few radio stations that no one has ever listened to.”)
Maybe. But almost certainly not. That’s the point. It’s loved by those who listen. Yes – there’s a feeling that if as many people who are already missing it, actually listened to the station, then it wouldn’t be facing this threat. In the same way that if as many people who said they missed John Peel after his untimely death actually listened to him on Radio 1, then he wouldn’t have been shunted into the small hours.
But any station would kill for such loyal and vocal listeners. How many other stations could genuinely garner such an outpouring?

[Note: As ever, these are my opinions, and do not necessarily reflect those of my employer.]

3 Replies to “Social Media and 6 Music”