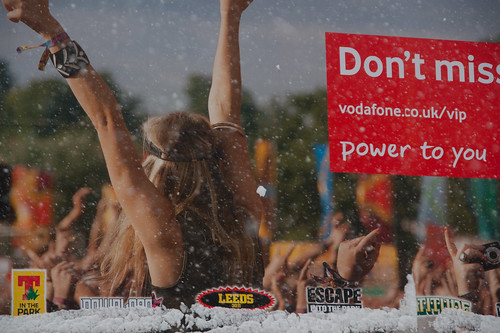 The big news today is that Product Placement on television is finally allowed, as long as some kind of logo is also displayed on-screen to alert viewers to the commercial arrangement.
But far more exciting to a radio audience is the new Section Ten of Ofcom’s Broadcasting Code dealing with radio advertising. After a long and tortuous consultation period – involving two separate consultations – commercial radio is now able to do a lot more.
Ofcom has adopted what in the industry has been called “Option C”. It means that commercial communications and programming can be intergrated far more than they are currently, as long as there is some kind of “signalling” to listeners.
What does this mean?
Well the simplest way of explaining it is using the example of a radio promotion – or sponsored competition. If you listen to commercial radio, you’ll know what I’m talking about. There’s a new film out next week, and every day on the breakfast show, we’re offering you an amazing prize to celebrate the release of this exciting film. You know the sort of thing. Commercial radio stations get paid by the film’s distributor to promote the film’s release as well as supplying the prizes. Listeners get the chance to win a hopefully entertaining competition and win a prize. The mechanic of the competition should be interesting enough that it’s fun to hear even if you’re not taking part.
Hitherto, the amount that the presenter could talk about the film in the mechanic of the competition was actually really limited. And the prize had to be tangentially rather than directly related to the film to avoid “undue prominance” of the film or brand. Now, when the next James Bond or Harry Potter film is released, the questions or mechanic can actually be directly related to the film, and the prize even more so. The stars of the film might actually come into the studio to help out (at least on larger stations)
Other examples could include on-air advertorials, advertising supported programming or simply having an outside broadcast in a location for commercial purposes.
Normal advertising minutage – “spot-advertising” in the parlance – is unaffected by all this. But with listeners generally not enjoying spot-advertising, and non-spot revenue growing, it’s probably no bad thing for listeners that these relaxations have been made. I’m not saying that there’ll be a fall in spot-advertising, but as revenues shift out of those interrupted areas of output, and into the less-intrusive parts of programming, that makes stations less reliant on 30 second spots, and perhaps in the fullness of time, we’ll see less ad-heavy services.
There are specific rules limiting things like sponsorship of news programmes and what’s allowable in children’s radio. And interestingly, “payola” has been outlawed. Under the new rules, there was a possibility that stations might be paid to play specific music to a greater extent than might have otherwise have happened. Effectively, cash could influence the playlist. Listeners would have had to have been told about the commercial arrangement, but nonetheless this would have been quite revolutionary! However, Ofcom has decided not to allow this, with the music industry itself not being in favour of it.
Commercial radio is always a balance between providing listeners what they want, and earning revenues to pay for it all. Driving listeners away from the station is not in the playbook, so a station that goes too far will probably feel the fall out in a drop-off in listening. Similarly, trust can be at stake. Radio is a very trusted medium because it’s so personal. A station that harms the listener’s trust in it by over-stepping the mark, will again be at risk of losing listeners. Our listeners keep us honest.
So I don’t expect to hear too much of a radio revolution from today (the new rules come into play immediately), but carefully and gradually as stations and groups find their feet under the new regime. Mistakes will probably be made, but lessons will be learnt.
[These are my own views, and don’t necessarily reflect those of my employer. Although as you may imagine, we’re pretty much on the same page here.]

Previous Story:
In Car Radio Listening, And Other Locations
Next Story:
The Daily Show

2 Replies to “A New Broadcast Code”