In Car Radio Listening, And Other Locations 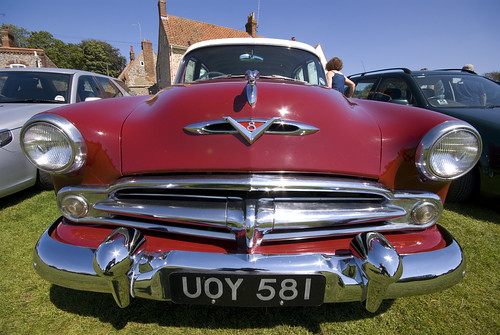 One of the things that RAJAR measures is the location that radio is being listened, and oddly enough, it’s a figure that’s rarely reported. This blog is prompted by something James Cridland asked me when he was chasing down some figures recently about in-car listening. Because the numbers aren’t talked about a great deal, they can be quite hard to come by.
The location of listening can be quite a hot topic. From the forthcoming closure withdrawal of funding of Traffic Radio on DAB, to licencing requirements of businesses who want to play music – including the radio – in the workplace, location does matter.
Sometimes we can be misled a little by statistics from other countries. For example, according to Arbitron’s Radio Today 2010 report, 42% of listening between 5am and 10am, Mon-Fri, is at home in the US. This compares with 67% of radio listening in the UK in the same time period. In the UK, we’re far more likely to listen to the radio in the home than elsewhere, whereas the US is much more a car society, so more listening takes place outside the home.
The information presented below is for All Radio, and can obviously vary by individual station or different times of day, but here are a few facts about where people listen.
Overall 65.6% of listening to radio is done at home, with 19.3% in cars (or vans), and 14.3% at work (or elsewhere).

Perhaps it’s slightly surprising to discover that just less than 20% of all radio listening takes place in the car. It’s obviously a very important listening location, with drivers especially interested in things like traffic news. But it does still account for just one fifth of listening.
Over time, this is pretty consistent behaviour: So I’m not sure that it’s because we can all listen to our iPods or mp3 players in car now when perhaps it was more difficult in the past (think of either having to go to your boot to load up your CD changer, or juggling a pile of cassettes that end up lying in the well of the passenger seat floor).

Of course, that’s all “listening” – that is, a representation of the percentage of time spent listening in each location. There is also reach, and there all the numbers jump. You may only listen for five minutes a week to radio in your car, but you are listening at some point.
85.7% of all people who listen to the radio in a given week, do so – at least for some of the time – at home. 61.5% listen at some point in car, and 23.6% listen at work at some point in the week.

Location does of course vary by time of the day, but it’s not an extraordinary picture:

More listening is at home than anywhere else all day, but there are in-car peaks in the morning and evening commute periods, while at-work listening peaks during the day. No shocks there.

At weekends, there’s less in-car listening than there is Monday to Friday. This is undoubtedly because of the people who drive for work during the week, but to some it might seem surprising!

One final thing to look at, is the demographics of who listens where.

This tells us that men listen to significantly more radio at work than women. But women listen to more radio at home than men. C2DE listeners are more likely to be in your workplace audience – perhaps reflecting more than anything, the ability to listen in those jobs. But 15-34s listen to a higher proportion of radio at work than older listeners. Perhaps a reflection of listening via the internet?
Anyway, I hope I’ve shed a little light on the location of listening. But feel free to ask questions.

The first shows the long term car listening figure going back to the start of 1999, the furthest possible under the current methodology. It does seem to suggest a steady climb until a peak around 2007/8 from where it fell back, although it’s climbed a little recently.

I guess that this goes to show that data can be deceptive without examining the bigger picture. I should point out that I relatively arbitrarily chose the period above.

The second chart shows you the relative absolute numbers – useful for comparing against radio’s overall performance. Hopefully this shines a little more light on the issue!

Note: All UK stats are sourced from RAJAR./Ipsos MORI/RSMB. Where one number is quoted, it’s based on RAJAR Q3 2010. All this data is based on All Radio.

[These views are mine and do not necessarily reflect those of my employer. Then again, this is all factual.] [Update 2 – April 2014] Google Charts seems to have broken all my previous charts at some point, so I’ve remade them all as flat image files. Not as useful for getting hold of the data, but the best I can do for now. Some typos corrected too.
Previous Story:
127 Hours
Next Story:
A New Broadcast Code

7 Replies to “In Car Radio Listening, And Other Locations”