The Ashes on the Radio 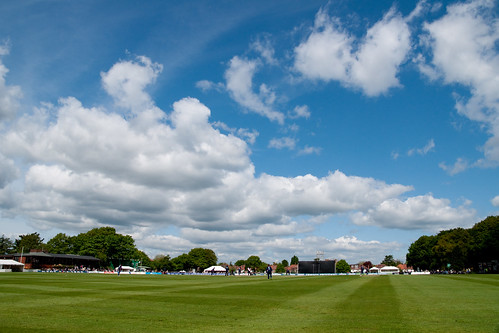 There are probably few who’d argue that Test Match Special is an incredible institution. For many, despite Sky’s exemplary coverage, it’s far preferable (for many more, it’s the only way to get live broadcast coverage of cricket). It’s just quite hard trying to sync up Sky pictures with TMS audio. The only way I can think of is by getting that
And so to the coverage of The Ashes from TMS for the last couple of tests. In the fourth Test in Melbourne, England won early on the fourth day. Their victory meant that England retained the Ashes. Not as good as a win, since England were only 2-1 up with one Test to play, but nonetheless enough to retain the trophy as the side holding the trophy has to actually be beaten for them to give up the urn.
TMS is broadcast on 5 Live Sports Extra, and Radio 4 LW. The former goes out on all the digital platforms, while the latter is the “old-school” way of listening*. For years Roberts has sold a TMS “branded” radio to allow for precisely this LW listening. However, the gods were against listener to the LW signal that night.
Radio 4 LW jumps away from regular Radio 4 programming twice a day to serve the shipping forecast. In particular, there’s a 12 minute bulletin nightly at 00:48. Since the final wicket fell at about 00:55,
Bad luck if you were following the action on LW. Jonathan “Aggers” Agnew had even mentioned a few minutes earlier that he hoped the final wicket partnership would last long enough for LW listeners to come out of the shipping forecast.
Step forward to the fifth Test in the early hours of this morning. This time it’s the fifth day of the action in Sydney, and England have a day to take the final three Australian wickets to ensure that they win The Ashes 3-1.
And do you know what? The gods were once again against R4 LW listeners. The last wicket fell at 00:54 or thereabouts. Again, plum in the middle of the shipping forecast. Very unfortunate.

Audioboo coverage from Piers Scholfield
Now to be fair, coverage was uninterrupted on 5 Five Live Sports Extra on DAB and other digital platforms. And for the final hours of both Tests, 5 Live broadcast commentary between about 11pm and 1am, so unless you’re living in very remote parts of Wales or Scotland, you should have been able to hear analogue coverage and the England wins.
I should also mention that I personally listened to DAB coverage of the final minutes of the fourth Test, whereas I had Sky on TV for the fifth Test. So personally, I didn’t miss out.
In most respects this is just unfortunate timing – only 12 minutes during the entire day’s coverage are missed by LW listeners. It’s just that they’ve managed to miss two key moments. On the other hand, the shipping forecast is considered pretty vital. I’m not sure to what extent that’s really true – since technology is quite prevalent in many boats and ships these days. But nonetheless, I’d not argue against its existence.
As for missing the moment. It’s not as bad as ITV HD missing the England goal in the World Cup or the previous ITV1 incident where viewers in the south missed the winner in an FA Cup replay. But it might persuade a few people to go digital for this summer’s tests. Some cheaper portable DAB radios might be nice though.
[Update] Sorry – I missed the fact that England’s first win in the second Test also came during the shipping forecast. Now that’s really bad luck!
[Update 2] Plenty more on the web about this: James Cridland, The Guardian, the Today programme and a useful Radio 4 blog piece.
* Actually for me, the real “old-school” way of listening was on Radio 3 MW. But that’s where you’ll find Absolute Radio these days!

2 Replies to “The Ashes on the Radio”