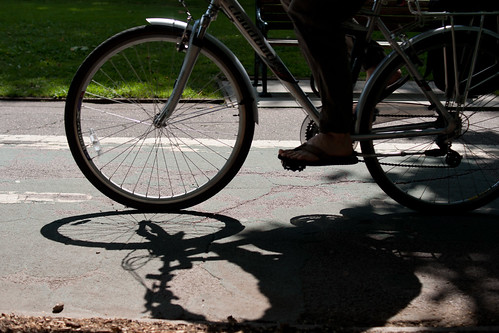 The London Street Photography Festival will shortly be coming to an end, and I’ve enjoyed having a look at the work of some of the photographers exhibiting. In particular, I can heartily recommend the Vivian Maier exhibition at the German Gymnasium between King’s Cross and St Pancras Stations. Try to get to see it this weekend when it closes if you get a chance.
Anyway, as part of the festival, I went on a really interesting one day course with Mimi Mollica, a terrific photographer who was very honest about what he would and wouldn’t be able to teach us in a single day’s course.
Mimi runs an intensive three week course called Photowrap which hones the skills you need to develop your documentary or street photography skills.
I can’t say that I did particularly well on the day. The photos I took were largely bland, and by going out on the streets of London Fields (where the course took place) I felt that a DSLR was a bit bulky. Furthermore, my exposure was all over the place.
Nonetheless, at the end of the day, we headed over to Exmouth Market where the paperback edition of Street Photography Now was being launched, and Mimi went through our photos in a surprising level of detail even though time was limited.
So in part, I was frustrated at my own inability, but at the same time, I was driven quite a lot by the course, and I intend to get out and do some more. Indeed I’ve already done a bit.
The following day, Mimi’s work accompanied a piece in the Independent on Sunday investigating Romanian gypsies and the mafia in that part of the world.

Previous Story:
A Summer Storm
Next Story:
London to Brighton 2010

One Reply to “Photowrap”