On Saturday, around 300 cyclists took part in the Tour Du Danger, a cycle tour of London’s most dangerous junctions. This came less than 24 hours after a second cyclist had been killed at a junction in Bow which forms part of the Cycling Superhighway to the Olympic site.
This was a protest at the inadequate way that the Mayor’s office and TFL are planning road junctions for all London’s users – motor vehicles, cycles and pedestrians.
Organised by a pair of London a pair of“>cycling bloggers, this was an excellent opportunity to show the various powers that be, that cyclists are a significant London community, and the old ways of dealing with traffic planning need to change.
To understand the full extent of the anger that has led to this kind of action, you only have to go back as far as Wednesday last week, when Boris Johnson responded to a question:
“Though I have to tell you …sometimes I just go round Elephant & Castle because it’s fine. If you keep your wits about you, Elephant & Castle is perfectly negotiable.” (via London SE1)
This is a road junction that’s seen 89 cyclist casualties within two years. Thanks Boris…
The event was excellently organised, and superbly marshalled by volunteers who made sure everyone was very safe as they toured the cycling blackspots of the capital.
The tour included a trip around King’s Cross, an area I know very well as I cycle through it most days. Just a month ago, a student from Central Saint Martins, who have just moved to their new site behind King’s Cross, was killed right around here. 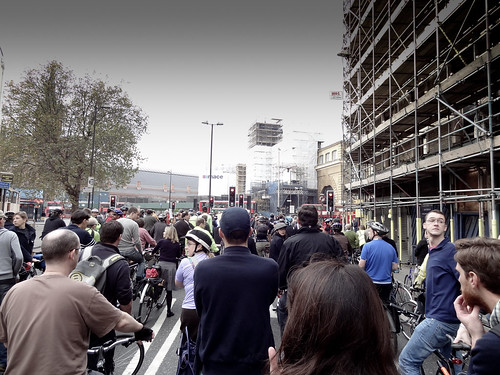 Here’s some video footage from the event.

(Now in HD, so do make it full screen! Apologies for poor editing, but it’s my first attempt to use Sony Vegas)
And a few photos from Le Tour… 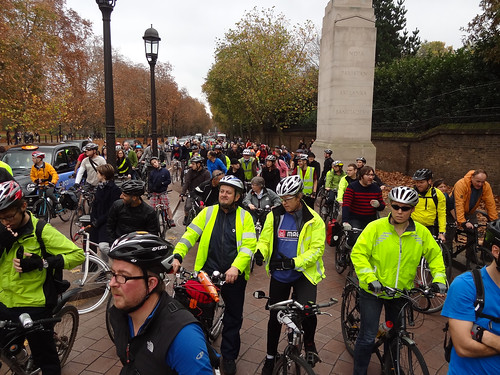 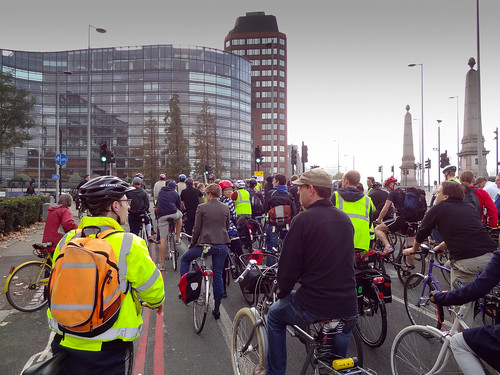 One Reply to “Tour Du Danger”