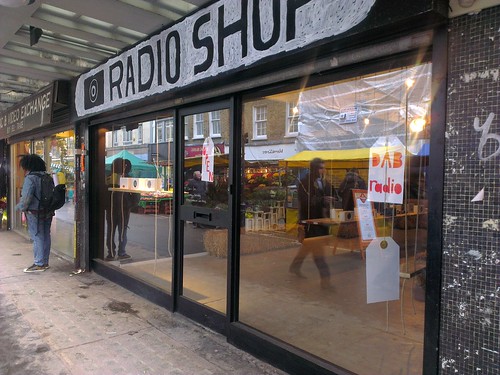 At lunchtime I chanced across this shop in Berwick Street, Soho. Inside they had handmade DAB radios and BlueTooth speakers built from ceramic bodies that were cast in Stoke-on-Trent before having the technology added down south. Josiah is the name they’re being sold under.
They’re not cheap, but they’re functional pieces of art. Some of the speakers had little places where, for example, you could put salt and pepper. The radio or speakers become part of the furniture to an even greater extent.
There’s no DAB display on the radios, and a fairly minimal number of buttons. I’m told that the idea is that you choose a station and stick with it. And I’ve no idea whether off the shelf radios from another manufacturer have been adapted, or whether they’re building them from scratch.
You can find out more, watch a video, and even buy a model over on their website.