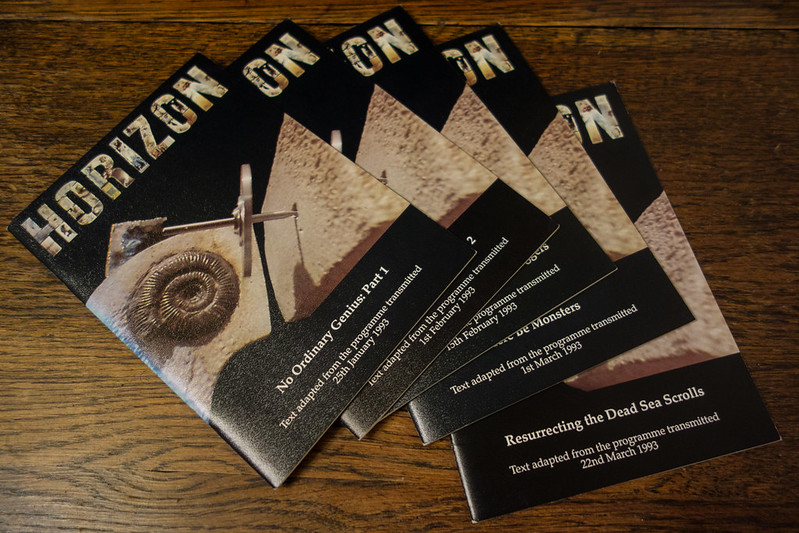 This year BBC2 is celebrating its 50th anniversary, and as part of those celebrations, its long running science programme, Horizon, is also celebrating being 50.

I must admit that until the last week or so, and I hadn’t known that Horizon started right at the birth of the channel. To celebrate its half-century, Horizon has got heavily involved with the Longitude Prize 2014 – an attempt to replicate the famous prize won (eventually) by John Harrison when he showed how building a watch would solve the major issue of the day, ships knowing their longitude at sea.

The key part of that prize was that anyone could enter, and there was a big cash reward to encourage new ideas and thoughts.

The new initiative seems to be a two step affair, with members of the public determining which current problem of science should be addressed before a multi-year competition is opened to entrants who can solve that problem. Again, the thought behind the prize is that entrants may not always come from the obvious places.

The shortlisted areas are Antibiotics, Water, Flight, Dementia, Food and Paralysis. All worthy subjects, but I’ll be voting for Antibiotics* in the main part because I fear that in the very short term, a lack of antibiotics is going to kill many more people than anything else.

Alongside the Longitude Prize, the BBC has put up a series of classic episodes from Horizon’s history. Highlights include:

– The Pleasure of Finding Things Out with Richard Feynman. I’ve seen it before, and I’m going to watch it again. Utterly wonderful.
– Fermat’s Last Theorem. Telling the story of solving of one of mathematics greatest puzzles.
– The World of Buckminster Fuller. The very first ever episode, which I’ve never seen before.
– Strangeness Minus Three on the discovery of a then new subatomic particle in 1964. Again, I’ve not seen it before.

They’ve also released an interactive ebook in iPad, Android (tablet) and Kindle editions. It’s a nice little addition, although be warned that it does take a while to initially decompress itself – at least with the Android version on a 2013 Nexus 7. Just be patient.

The book includes a list of every Horizon ever made which is a nice touch.

Now I’ve got to admit that at times I’ve been quite down on Horizon. But it can still be quite brilliant. Its biggest recent successes (in terms of reaching the popular consciousness), have surely been in areas of nutrition. There was an edition that effectively kick-started the Five/Two diets – it’s included in the collection on the website. But in overall terms, I think the standard is better than it was back in 2007 when I wrote that piece.

The thing is – I cling to Horizon dearly because I love it. It’s the only really serious science programme the BBC airs on television. I’m delighted that Bang Goes The Theory exists and that it goes out on prime time BBC1, but the range of subjects they cover have to be limited. So we need programmes like Horizon to delve into other areas. Yes radio has excellent science programmes, but sometimes you need visuals to explain a subject.

Equinox on Channel 4 is sadly long gone. And multi-channel hasn’t really helped. While theoretically channels like Discovery could be a boon, they tackle mostly simplistic topics. Oh, and naked people surviving on desert islands. To be honest, the best science I’ve seen outside of BBC One and Two is some of the maths problems on Dave’s School of Hard Sums with Dara O’Briain and Marcus Du Sautoy.

It’s also important that we have some way of communicating current science with the wider public. When there are major scientific breakthroughs that really aren’t easy to get away in a three minute news bulletin, it needs a programme like Horizon to allow a curious public the opportunity to delve deeper into something that for them is quite probably very new. We live in a world where everything is phenomenally specialist compared with our forefathers, and most people probably couldn’t even to begin to explain how some of the things they live their life by – phones, cars, televisions – work. We need “explainers”. These are the programmes that will intrigue future generations into upholding Britain’s strength in science. And at the very least help politicians understand the importance of science, the value of it to the economy (and why we shouldn’t sell our national assets to companies that are only in it for corporate tax advantages at untold cost to the country).

One final thing. As part of Horizon’s birthday, I’d really love them to go back to it’s old theme music – or a modern updating of it. It has been through a few iterations, but I think it could return to a closer approximation of Wilfred Joseph’s composition. Today it doesn’t really have music – just a sound effect. Oh, and like some of the linked YouTube commenters, I really would be happy to pay for high quality versions!

The picture above is of some transcripts that the BBC used to produce for Horizon. You could send away for them after shows aired – I think for a small amount of money. And obviously, I was a regular subscriber. Later transcripts were published online, but these days they aren’t published at all. Externally anyway…

*I will be voting because at time of writing, I’d failed to get the BBC Horizon website to display the voting panel in spite of being logged in with a BBC ID as required. Here’s hoping they get it fixed!

[Update] I did manage to cast my vote the next day.
Previous Story:
Uploading Large eBooks to Amazon’s Cloud
Next Story:
Why I’m Not Installing Facebook Messenger