Written by adambowie• May 8, 2014• Cycling, Photography 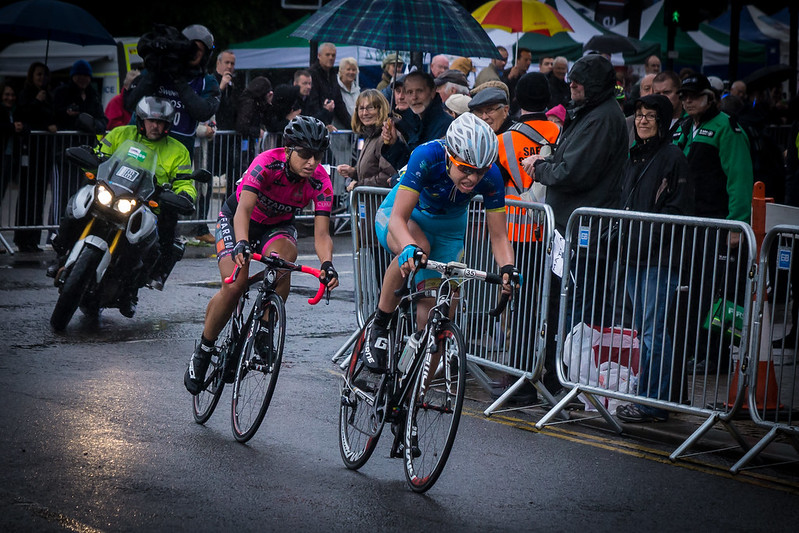 On a fairly wet Thursday, I travelled up to Bedford to see the end of the second stage of the inaugural Friends Life Women’s Tour of Britain. Such has been the paucity of strong events (and lack of equality with the men), that this is already a contender for the biggest stage race in the women’s calendar! One way or another, with strength in depth among British women, and a lot of very strong international teams including the phenomenon that is Marianne Vos, this was a very strong field.

Stage 2 started in Hinckley and at 119km was the longest of the five stages in this year’s tour. Despite – or perhaps because – of the very wet weather, the peleton was moving fast and came in slightly ahead of the mid-schedule. What was very surprising was that a pair of Italian riders, Rossella Ratto and Susanna Zorzi, were able to hold off a chasing peleton for 65km in the case of Ratto. A superb piece of racing given that timing updates I was seeing via Twitter suggested that the two riders must be caught. In the end there was a 6 second gap until third place Vos came in. 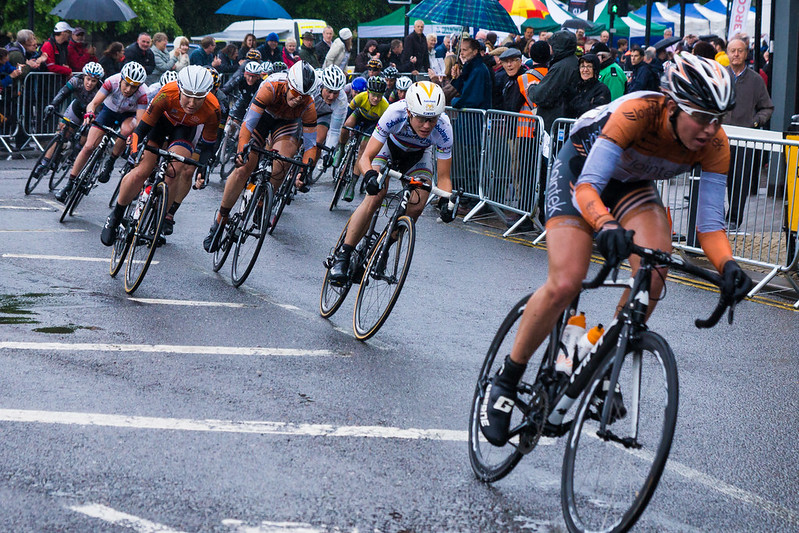 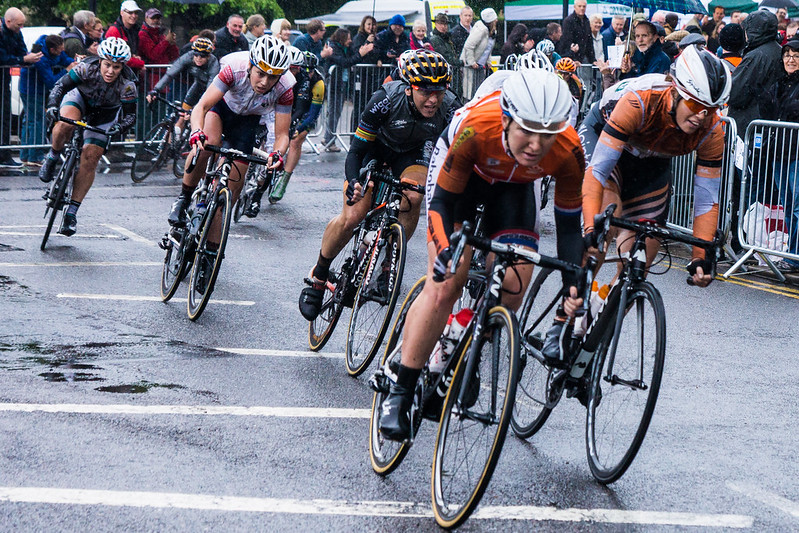 The riders looked muddy and wet as they came past where I was standing at about 400m to go in the final corner. But there was a great crowd out with lots of locals coming out to cheer on the cyclists as well as countless school kids. A particularly good effort in spite of the weather’s worst attempts. 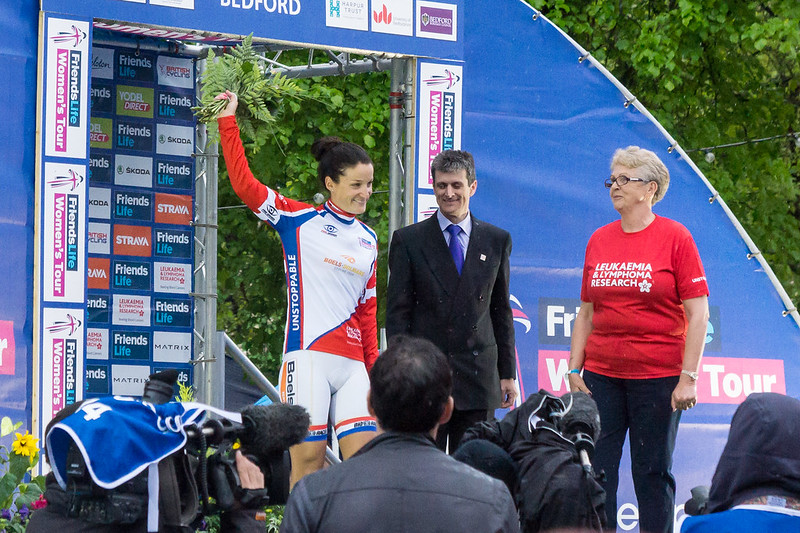 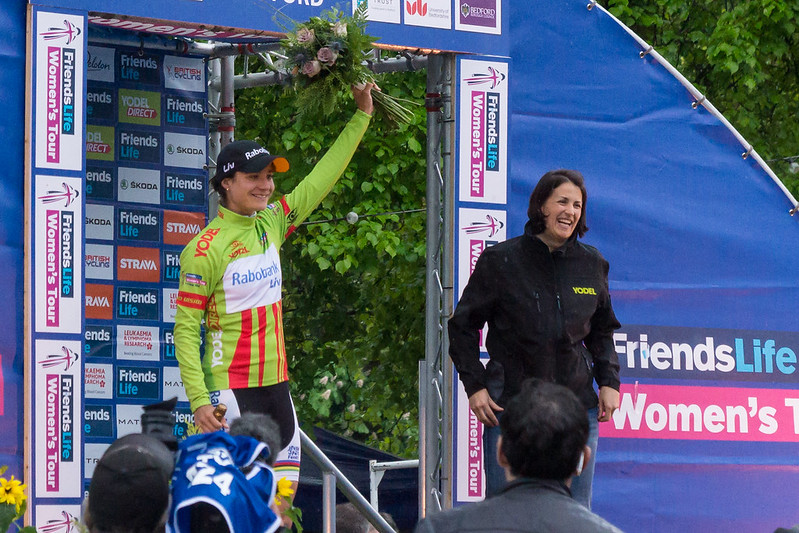 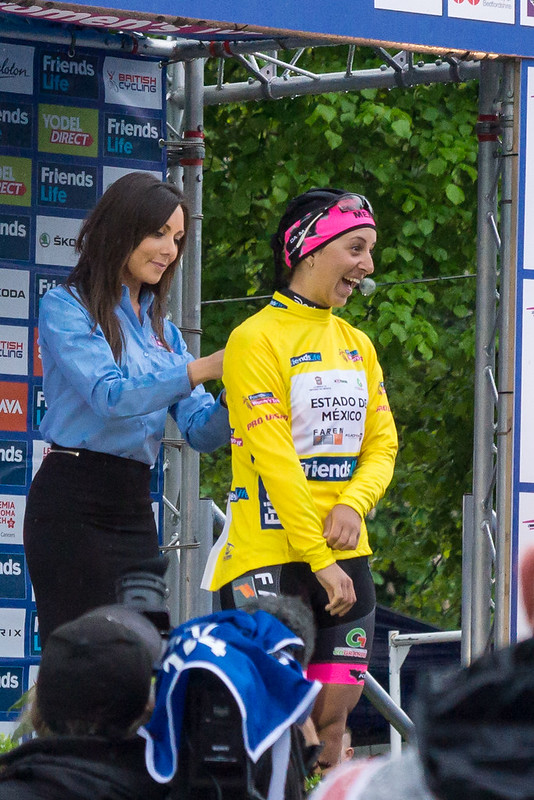 The only negative thing I heard all day was the manager of a Costa Coffee I popped into afterwards (Costa is a sponsor). He’d had to send home extra staff that he’d got in because he thought it would have been busier. However he believed that the weather had put paid to that.

I fear that the wet-weather gear is going to be needed for the rest of the event, but I’ll be out on Saturday, hopefully seeing the race go by in both Hertford and Welwyn.