When Are Casio, Timex or Rolex Making a Smartwatch? 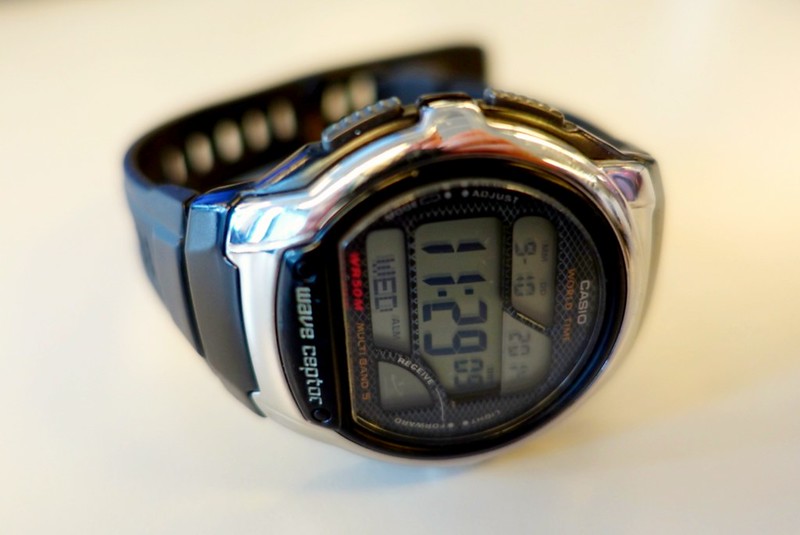 Another day, another over-excited consumer goods release. Most others use trade shows. Apple does its own thing. It works for them. Fine.

I can’t comment on the phone updates as I’ve not really seen anything that interesting or novel in any phone I’ve seen announced recently. Certainly nothing to make me think that my Nexus 5 is dated (it’s only a year old, so it shouldn’t be).

But watches are an interesting area, and so far, nobody seems to have done it right.

First of all, it needs to be acknowledged that most watches are worn as jewellery of some description. Otherwise everyone would be owning cheap and functional Casios. And jewellery is very much in the eye of the beholder.

Do I prefer digital numbers of analogue hands? The Swiss or Japanese movement of a well engineered piece of marvellousness? What kind of watch looks good on my wrist? For some, it’s a chunky diver’s watch; for others the slim minimalism of small ladies’ watch.

And all of these devices do one thing really well.

They tell the time.

Now it’s true, I’m amazed at the dominance of the “slab” in phones. We used to have a phone market where some preferred the dinky minimalism of Motorola Razr, while others preferred the functionality of keyboard-touting Blackberry. Now most phones look the same – between 4 and 5 inches of flatness – and getting bigger. The last set of gloves I bought were size Large, so I can handle one of them. But a 5 inch screen can’t be right for everyone can it? We just have to “personalise” them by choosing different cases. All smartphones are basically the same.

In the world of watches though – a single device, or even two, isn’t enough.

Have you seen how many models Casio, Timex, Rolex, Omega et al offer? Hundreds! We’re not back in the Ford Model-T era when you could have any colour as long as it was black.

So there is no right answer as to which watch looks right to any individual. And it’d take a massive cultural shift to get us to all adopt a watch from just a small number of devices. It may have happened with phones, but I can’t see it with watches.

If I was Google or Apple, I’d be working with watch manufacturers – both high-end and mass-market – and getting them to embed the appropriate technology into their devices. Why on earth should a computer manufacturer be remotely good at producing jewelry? I don’t want an Apple or LG watch any more than I want Apple or LG trainers, or shirts, or jeans.

So here is what I want from a smartwatch:

– It has to be able to tell the time. At all times. Without me having to do anything to see the time.
– The date would be nice too.
– The battery needs to last at least a week, not “nearly a day”. My current Casio battery lasts about three years. That’s 26,000 hours – not just short of 24. The charging mechanism needs to be painless.
– If it has health applications like step counters and heart rate monitors, then they need to work when I’m actually exercising.
– Accelerometers and barometers are lovely.
– It must have decent battery life.
– Most of the watches I’ve seen so far seem to be doing the connectivity, and notifications, so that’s fine.
– It needs to be available in a wide range of styles. I mean really wide. Not just size A or B, with a choice of straps, but hundreds of models to suit me, my lifestyle and my personal choices.
– Did I mention the battery? That’s really important.

By the way, in case all this seems unduly negative, it shouldn’t be. I really do want a smartwatch. I think the functionality is very exciting. A watch is a convenient form factor to glance at for information. I’m not so convinced I need to interact greatly via a watch, but to read a text, get an email subject header or similar seems fine. And for monitoring health, fitness tracking and the like, a watch is essential.

But engineering the watch isn’t the hard part. Well, aside from battery life anyway.

It’s the design. And to be honest, I’d leave that to the professionals. I want to be able to walk up to a Swatch counter (no doubt in an airport), choose a watch and be offered either the iOS or Android Wear version. That should be that.

[An aside: I note that nobody expects Google or Apple to actually build consumer cars for their in-car entertainment systems Android Auto and CarPlay. You’re going to get them offered in Fords or Toyotas – ideally as an option like choosing alloy wheels or metallic paint. Even Google’s self-driving cars are retrofitted cars made by actual car manufacturers. Just because watches seem easy compared with cars, they’re not.]
Previous Story:
House Style
Next Story:
The [Insert Your Name Here] Arena