On a Canal in a Canoe – Secret Adventures 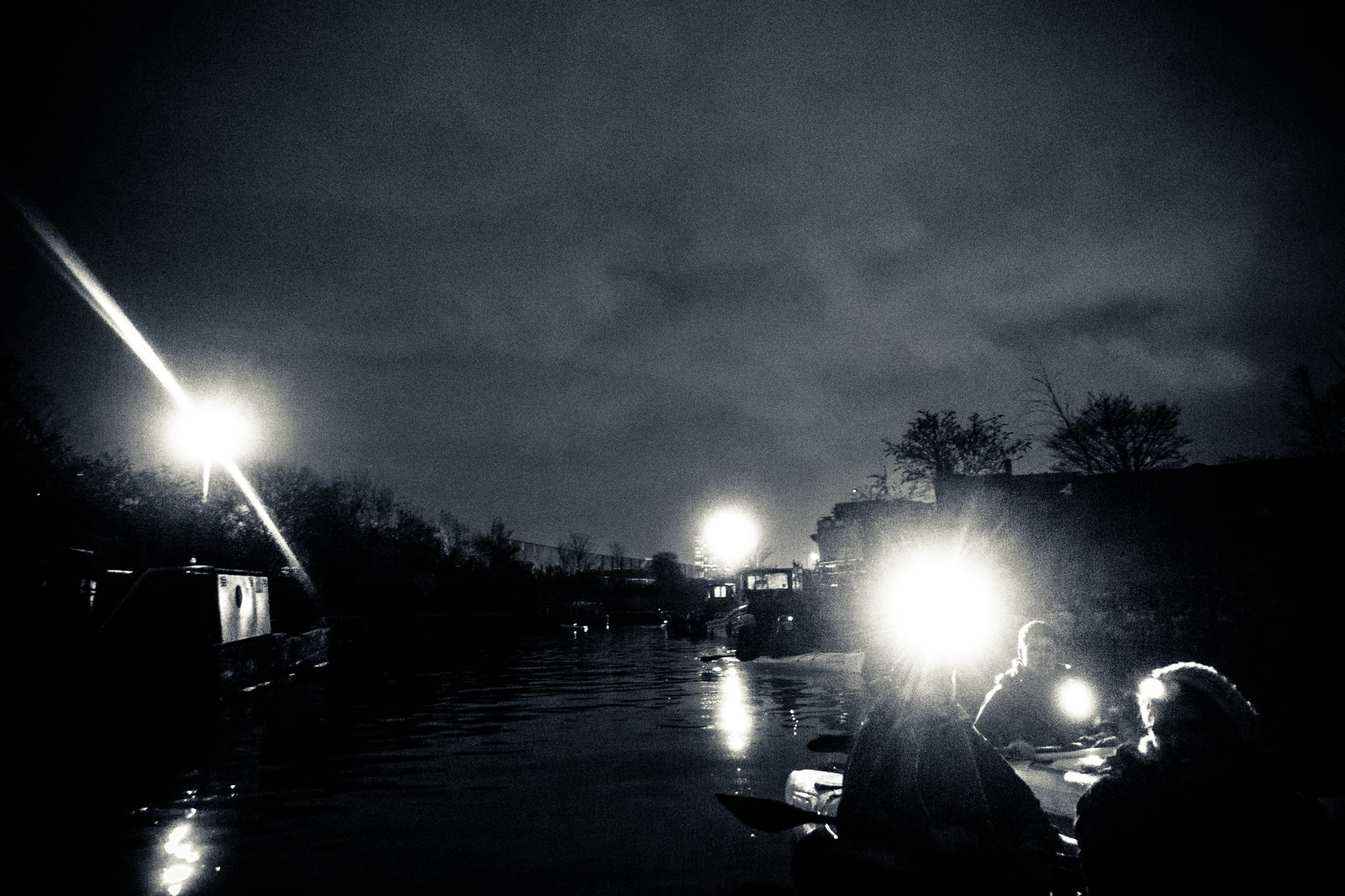 It being the middle of January, and therefore getting quite cold, what better way of spending a Monday evening could there be than paddling a canoe around London?

This was an organised trip via “Secret Adventures“, an internet Meetup group. We set off from Moo Canoes’ base in Limehouse, heading up Limehouse Cut heading in the direction of Stratford, before passing 3 Mills Studios, continuing up the Lee Navigation, ignoring turn-offs that are still closed due to post-Olympic development until we reached the lock just adjacent to the back of the Olympic stadium near Fish Island, before continuing a little further up to Crate Brewery & Pizzeria.

It was good fun, and not too hard on the upper body! The well organised event did a good job pairing people up for the boats and ensuring we had the basics before hitting the water. I did manage to fairly soak my legs however – something to do with being 6’2″ and not being able to canoe with my legs flat. And although I kept the camera dry, I fear the Lee Navigation must now have a Lowe Pro camera case (thankfully otherwise empty) to add to its disturbingly large collection of junk.

The pictures I took tended to look better on the back of my camera than they did on a 23” monitor. Using ISO 6400 quite a lot, a certain amount of noise reduction has needed to be applied.

Anyway, as well as these photos, there are more over on Flickr. 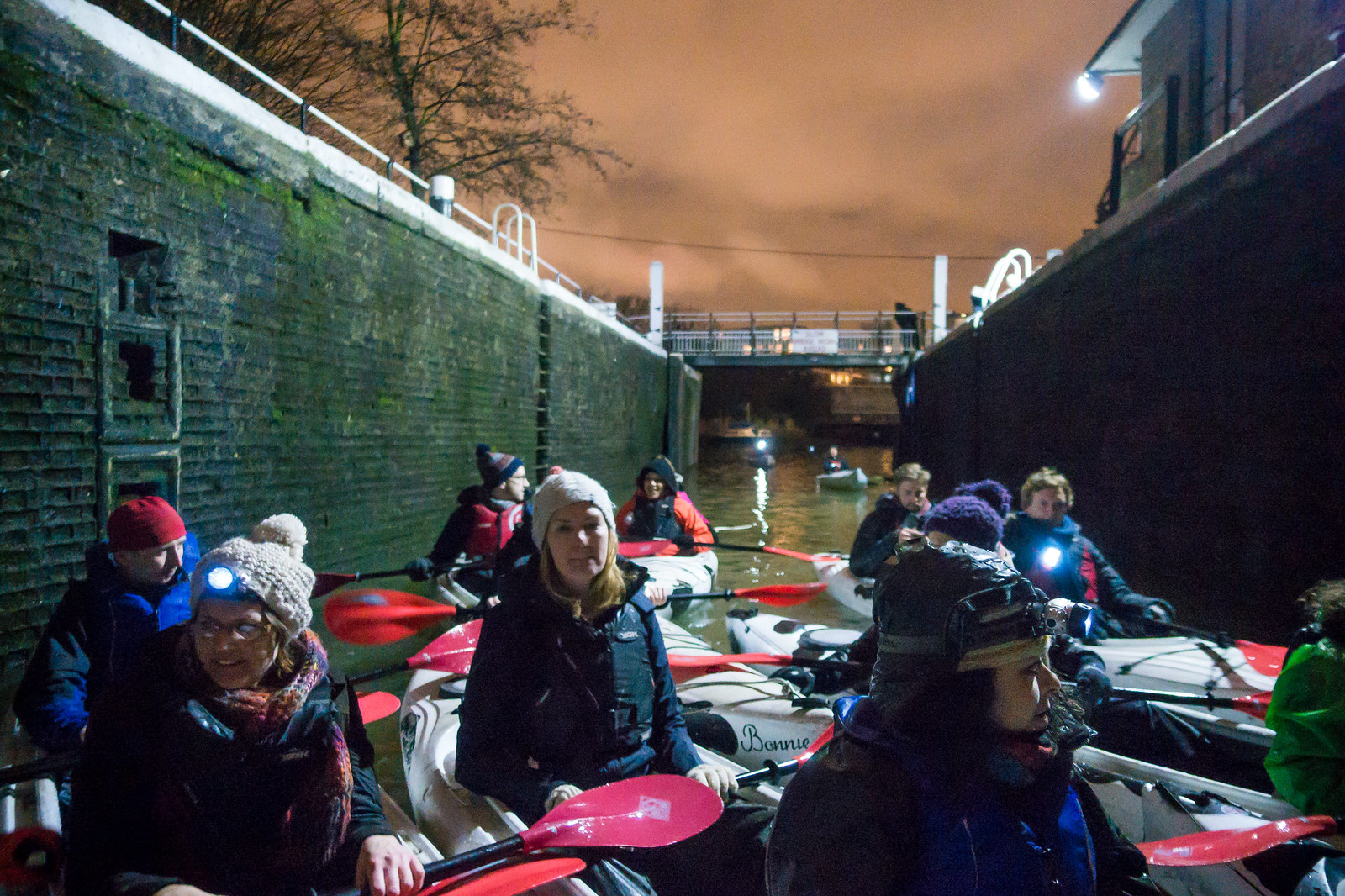 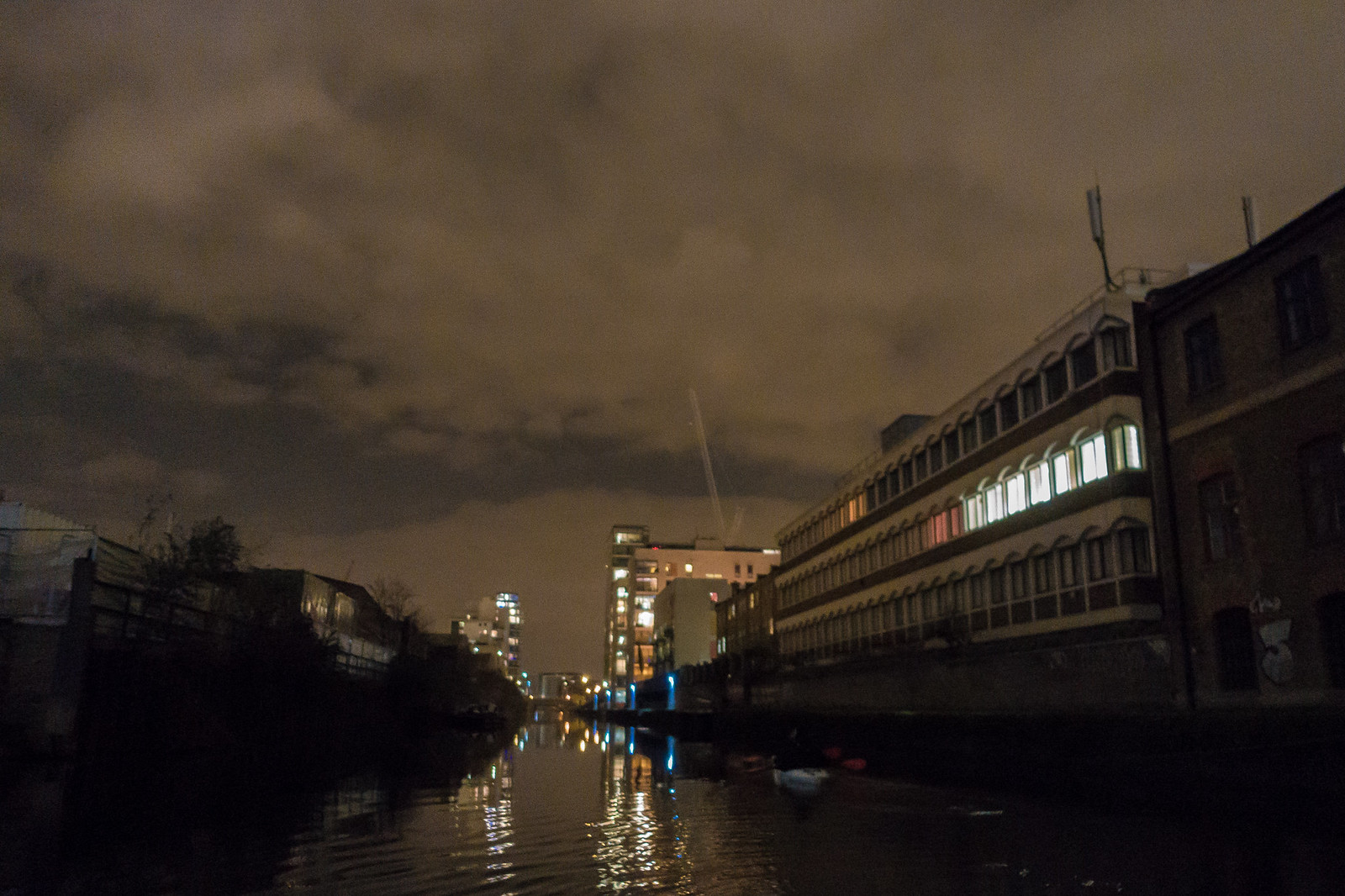 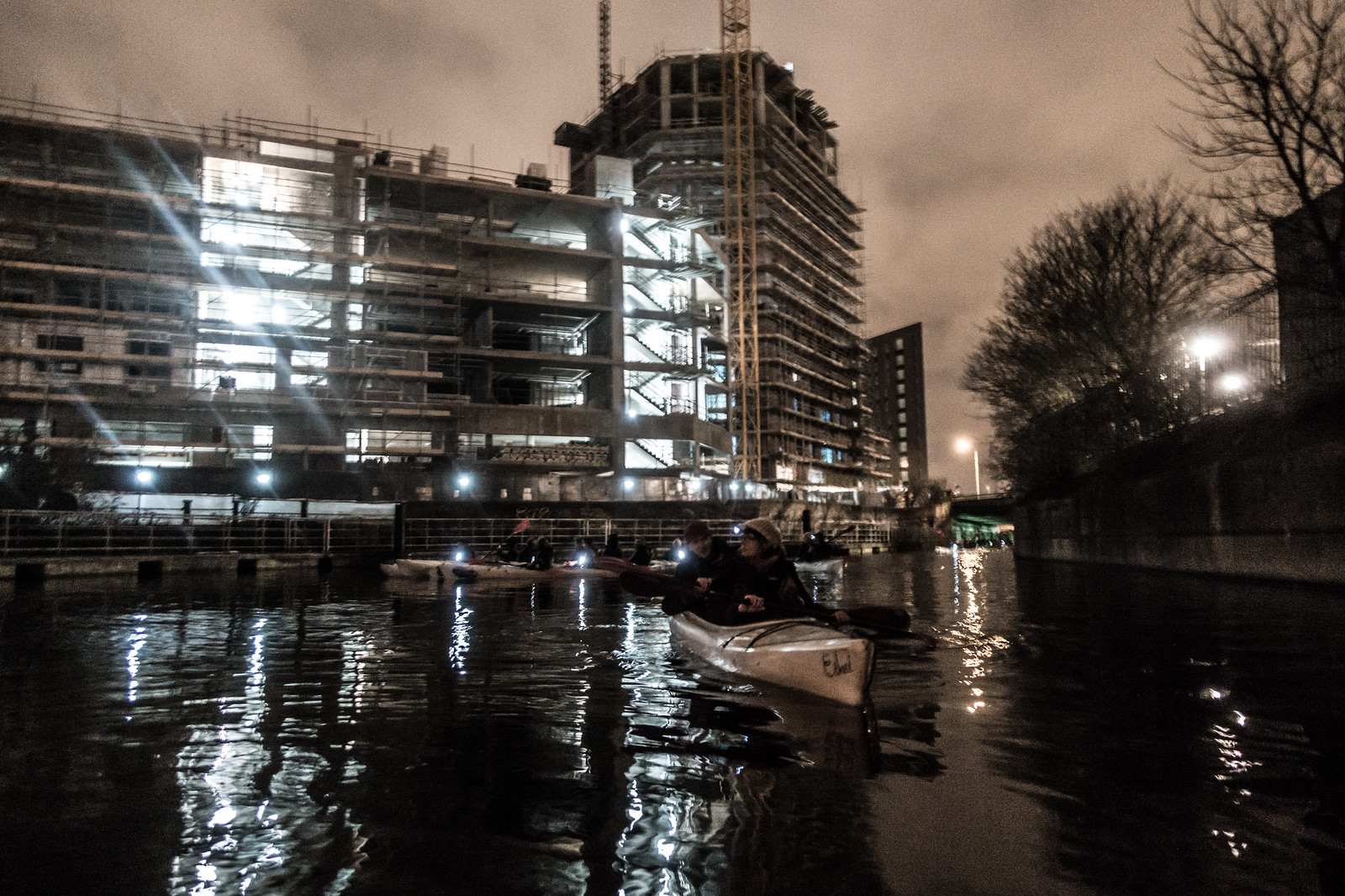 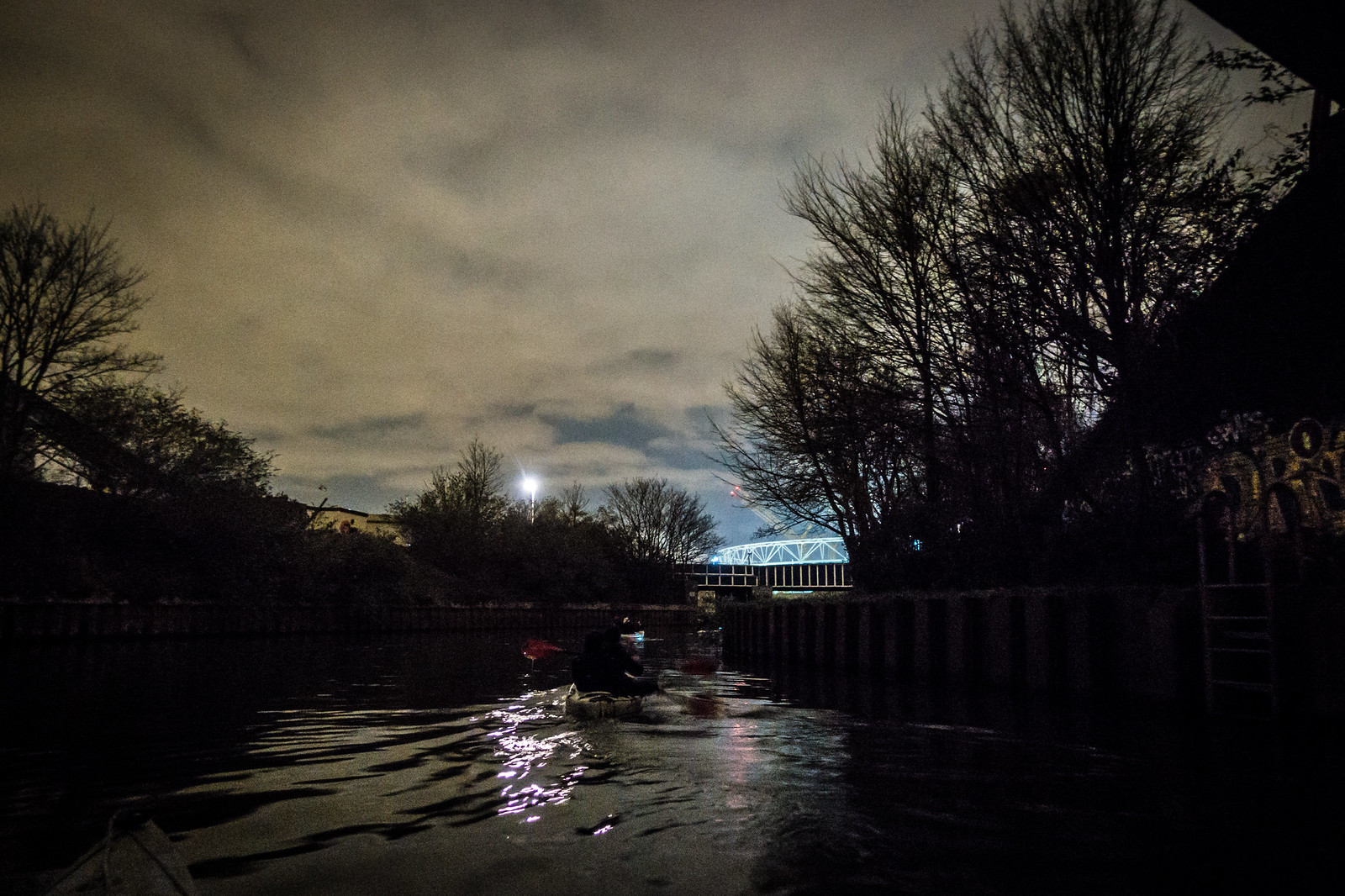