Apple, Spotify and a Binary Way of Selling Music 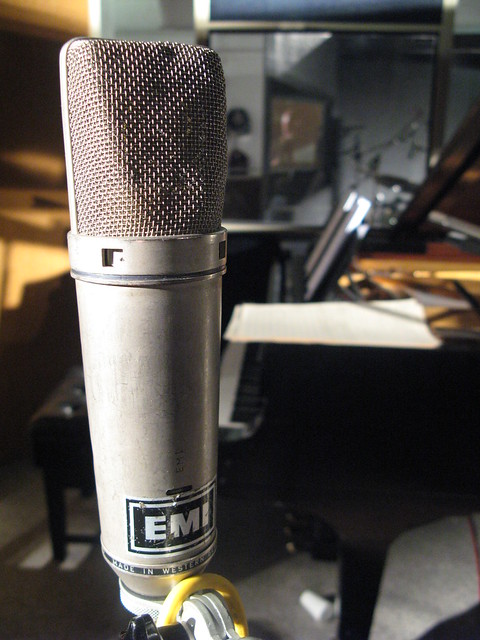 Apple Music is now up and running. If you have an iPhone, you’ll be pestered to update your device, and a new Music app will appear that on first open is desperate to give you a 90 day free trial of Apple’s Spotify-like experience.

So I dusted off an iPod Touch (mainly bought to use Lightroom Mobile when there was no sign of an Android version), and updated last night to see what the fuss was about. But I didn’t bother with the free subscription because I’m old. I already own lots of music – far more than I actually listen to. So I don’t feel the need to invest in a paid subscription music service.

Beats 1 seemed to work fine when I tuned in. But I tuned out again pretty quickly because, well, it’s not really up my street musically. Their exclusive upcoming Eminem interview is not really something I’m likely to tune in for.

But the station worked, which was more than could be said for all the other “stations” I was presented with. Perhaps they didn’t work because I’m not a subscriber? Or perhaps because it was day one, and there are some bugs to fix?

The BBC World Service – seemingly the only non-Apple station on the service at launch – did work though. So in practice I was presented with a choice of either Beats 1 or the World Service. I confidently predict a surge in World Service streamed listening! (Disclaimer: I’m working alongside the team that did this deal. Radio folk – I bet you’re jealous that your stations aren’t there!)

The question then is, what impact will Apple have on other people’s music usage? Will they tempt new users or bring Spotify users across? How invested are they in their playlists? Or do you want to hear an exclusive new Pharrell song? (So good you can only get it there, or just a particular live version?)

No sooner had Apple announced it’s Music proposition a few weeks ago, than Spotify responded with new record figures.

In a blog post, it reported that it now has 20 million paying subscribers globally up from 10 million a year ago. And it also now has 75 million active users – defined as those who’ve used the service in the past 30 days.

Those would seem to be some very solid growth figures. But although all 20 million are paying customers, it’s not clear that they’re all paying £9.99/$9.99, and whether they’re doing so directly out of choice. It’s quite a big step to hand over £120/$120 a year for music, even if it’s in small “insignificant” monthly payments.

It’s notable, for example, that various mobile carriers around the world are bundling Spotify into their offerings.

In the UK Vodafone offers Spotify on some of its packages, in the Phillipines Globe Telecom offers it with some tariffs, while in Hungary Maygar Telecom offers it. Of course Spotify isn’t alone in doing these kinds of deals. I first used Deezer via an Orange tie-up for example.

The problem is that these are not necessarily permanent offers. Telecoms operators provide them for a while as marketing initiatives, but can quite as easily switch to something else. Orange became EE, and I no longer have Deezer. That has the potential for seeing premium subscriptions fall in the future if operators choose different marketing initiatives to attract and retain customers. Alternatively, telecoms groups will be able to drive down prices because the streaming companies need them to keep paying customer numbers up, more than vice versa. I suspect that some of the most important jobs in streaming companies like Spotify are handling relationships with mobile operators.

Spotify has also published a slightly defensive video explaining why it has a freemium model. It says that 80% of its premium customers began on its free plans, and it likens its model to music being available free on the radio, leading to music sales in record shops.

Undoubtedly the revenues that Spotify is earning are growing, and therefore so are the amounts that are being paid out to artists. (Cumulative payments to artists, incidentally, are meaningless, and we should stop looking at them. Annual revenues are the real benchmark.)

But it’s not at all clear to me that the subscription model provides a net gain for the music industry over Digital To Own (DTO – or downloads, to you and me).

While streaming revenue is growing, album and single sales are declining in value (regardless of whether in physical or digital format), and overall in 2014 there was a decline in value of the UK recorded music industry of 1.6%. And globally, industry revenues fell 0.4%.

I’ve argued before that this must largely be down to the inequal way people used to buy music, and the binary way we are being pushed into paying for it today.

While averages can be dangerous, remember that this incorporates both those who spend nothing at all, and those who buy many albums a week. In essence then, a lot of people are buying perhaps the equivalent of 2-3 albums a year, and a significant minority of music fans, spend an awful lot more than that.

Or at least they used to. Here’s a thought experiment:

Think of a light music purchaser and a very heavy one.

The light music buyer used to buy perhaps the equivalent of a couple of albums a year. Maybe a few big tracks and one of the big albums in the run-up to Christmas. Maybe they spent £25 in total (£39.52 was the average remember, lots of people are spending less than this).

Today, in a convenient streaming world, they instead get Spotify Free, and put up with the limitations it offers and the adverts. This actually gives them access to much more music than they had previously when they were hearing the same few tracks or albums over and over.

But does the value of the advertising revenue Spotify hands on to labels make up for their share of what was previously £25? No, they don’t have all the convenience of mobile apps and offline listening, but these people really aren’t interested in music that much. There are a lot of them, and a shift to Spotify is a net loss.

The heavy music buyer used to spend perhaps £30 a month on music. Once upon a time they’d have been trawling the shelves on a Monday in a record shop looking at the new releases. They shifted online, but they were buying a lot. Perhaps they were driven by the music press or blogs. Those who bought physical formats had collections that spanned walls or even rooms. They were spending £360 a year!

Today, in a convenient streaming world, they instead pay £10 a month for Spotify Premium (or Apple Music) – or £120 a year. Sure they buy a handful of other albums to own, perhaps those of favourite artists. Let’s be generous and say £100 worth. But that’s still a massive shortfall: £220 instead of £360.

These people who are the bread and butter of the music industry – those who bought the magazines, and spent hours drifting through record shops – are now much less valuable if they shift to Spotify Premium or similar.

So even though consumption of music is probably higher than ever, with just about all recorded music at their finger-tips, the net revenues from them are less.

This is probably a bit of a simplistic model, but it explains why even though Spotify is showing solid growth, and ever increased revenues paid out to rights holders, that’s not really the whole story. (Inicentally, if anyone has access to the more detailed BPI numbers as published in their Music Matters yearbook, I’d love to see them. But not enough to pay £85!)

I’m left asking the question as to why the music industry thinks that this is a good model? Or if it is, why are the prices set at the levels that they are? And the binary “free” or “pay £10/$10” doesn’t seem to allow for any nuance. Tidal might have tried quality for £20/$20 but that seems unlikely to work.

The only way the sums can stack up for the music industry is if Apple or Spotify can persuade many more people to spend significantly more money on music than they’ve ever done before. They have to convert a £40 a year spender into a £120 a year spender. That’s a massive challenge in economic terms.

It’s not at all clear to me that the one-size-fits-all model works.

If it did, we’d see a lot more all-you-can-eat buffets instead of restaurants with set menus.

4 Replies to “Apple, Spotify and a Binary Way of Selling Music”