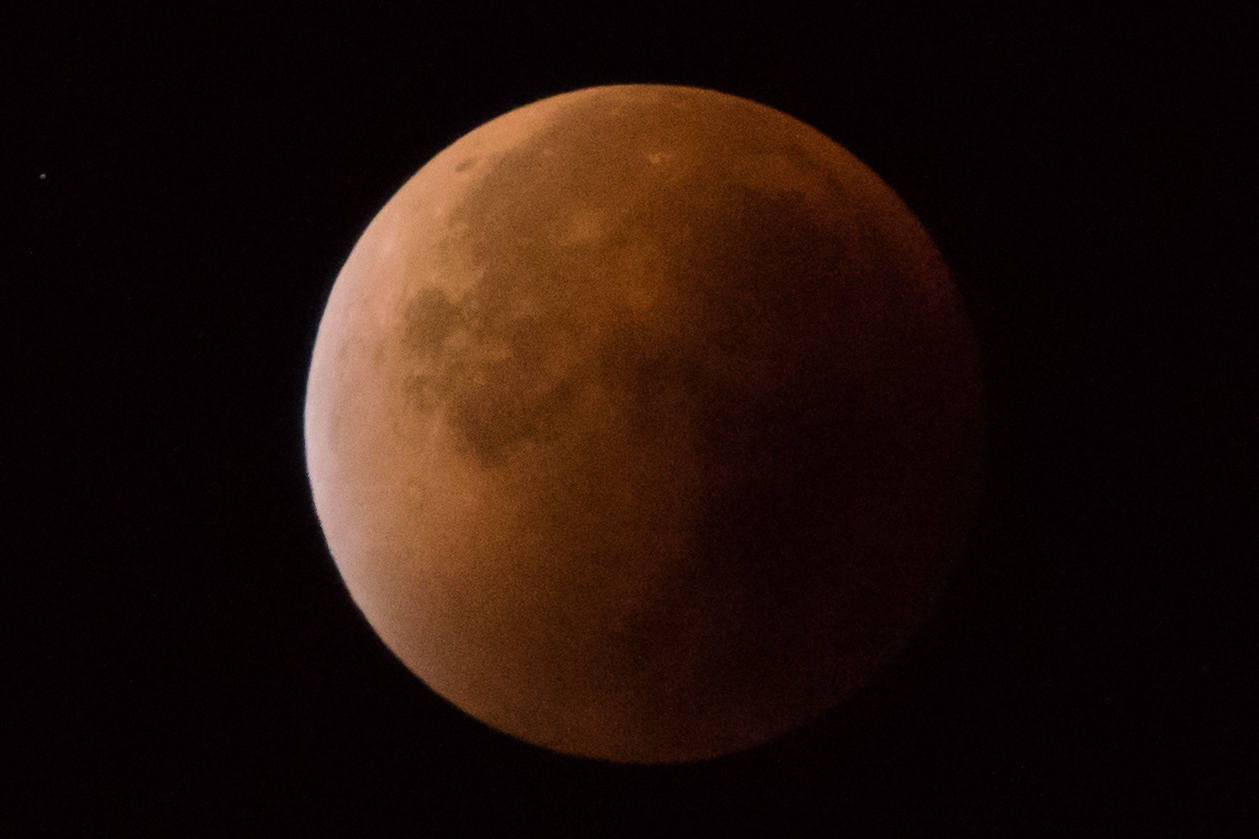 I saw a Tweet yesterday that essentially blamed a continuous stream of “once-in-a-lifetime” astronomical events as all being Brian Cox’s fault. An amusing conceit. I suspect it’s really that we’re a little more aware of our surroundings in the solar system these days.

Anyway, last night was a lunar eclipse that coincided with a so-called supermoon. Although the moon is up to 14% bigger than normal, you’re a better person that I if you can tell the difference.

Unfortunately for us in the UK, the eclipse proper wasn’t due to start until just after 3am on Monday morning. I did look out at around 1am when the eclipse is supposed to become first visible, but it really looked like a normal moon. So I went to sleep, setting my alarm for two hours later.

I managed to sleep through some of the alarm – deep sleep I guess – but I pulled myself out of bed at about 4am, just after the eclipse was greatest. The photo above, and then afterwards, below, represent what I saw.

The moon is actually quite dark during the eclipse. Yes, it turns red, but the reduced light makes it actually quite hard to photograph. I had to boost my ISO quite a bit, but on closer inspection on the computer 6400 ISO was too much noise to easily deal with in Lightroom. On my A77 MKII 3200 ISO was better.

For the record, I was using my Sigma 70-200 2.8 lens, with a 1.4x teleconverter. Add in the fact that I was using a crop-sensor, that means an equivalent of roughly a 420mm lens. That still means plenty of cropping. Exposure lengths were variable, but the best images seemed to come around 1/10 and 1/6 second. Obviously the camera was tripod mounted, and I used manual focus, using focus peaking to determine the infinity setting on my lens.

While I didn’t do anything smart like take a photo of the moon over a mountain range (London is short of mountain ranges), overall I’m pretty happy with things, but the photos could be better. 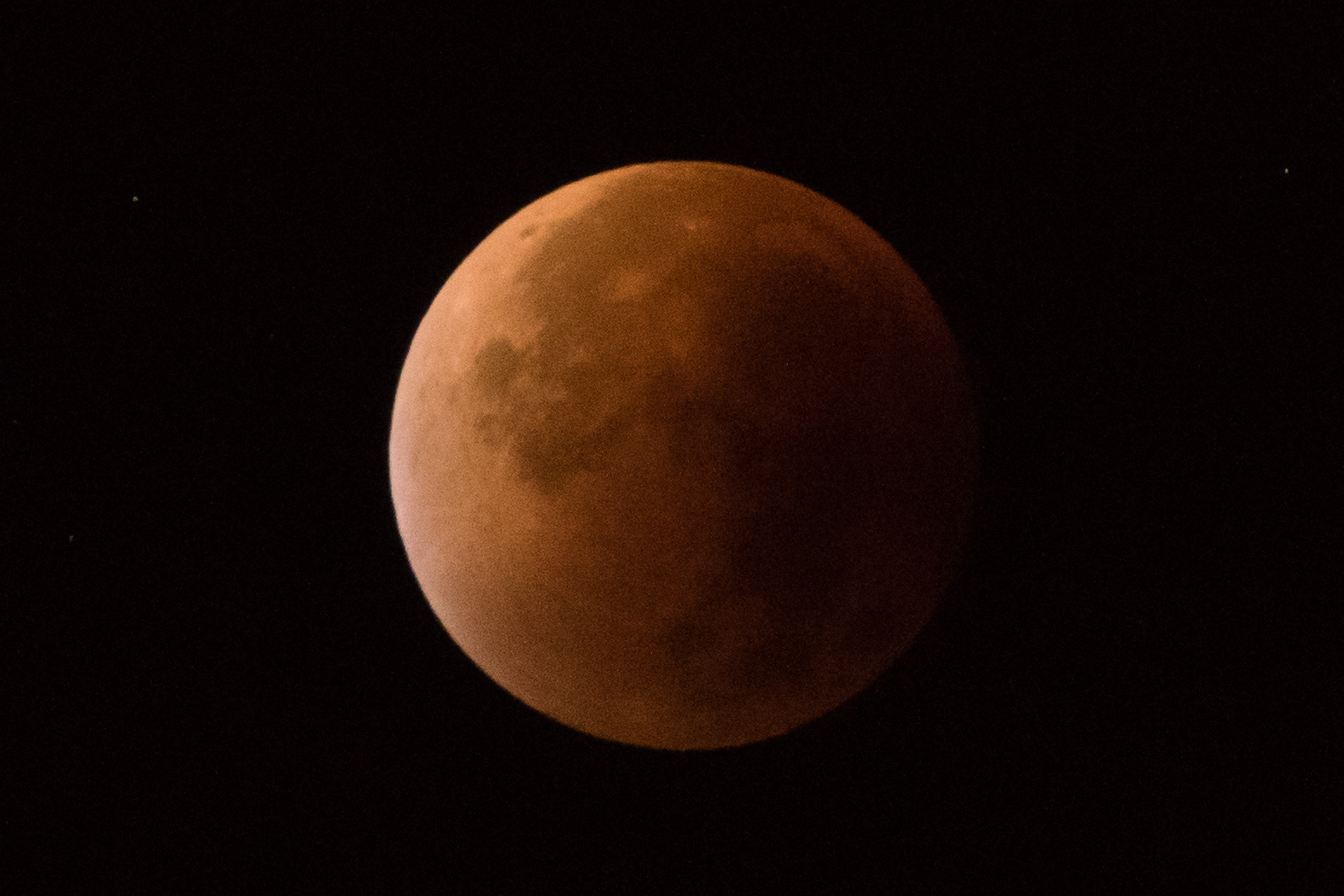 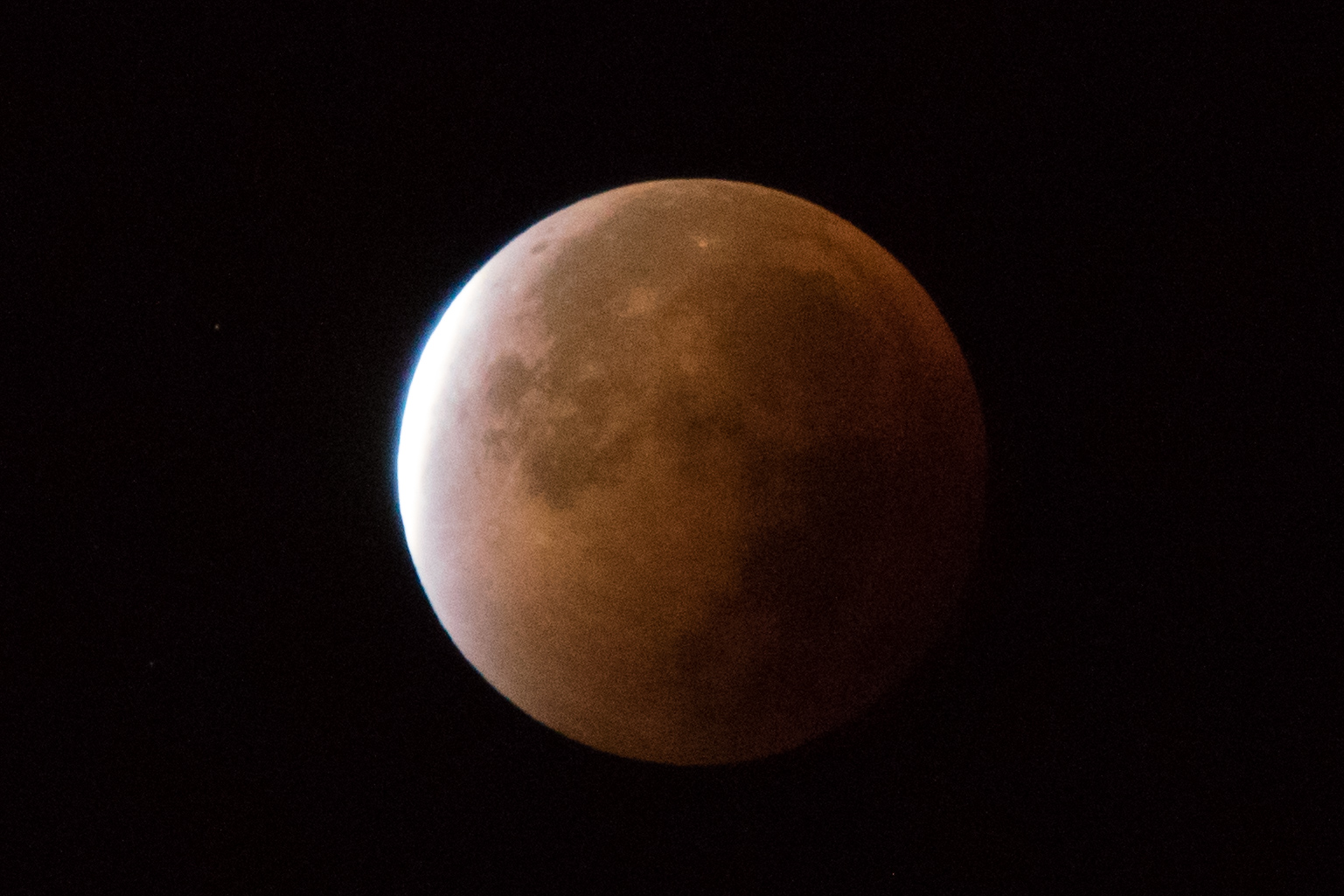 Previous Story:
Channel Scheduling
Next Story:
The NFL in London