Virgin Media and the Premier League 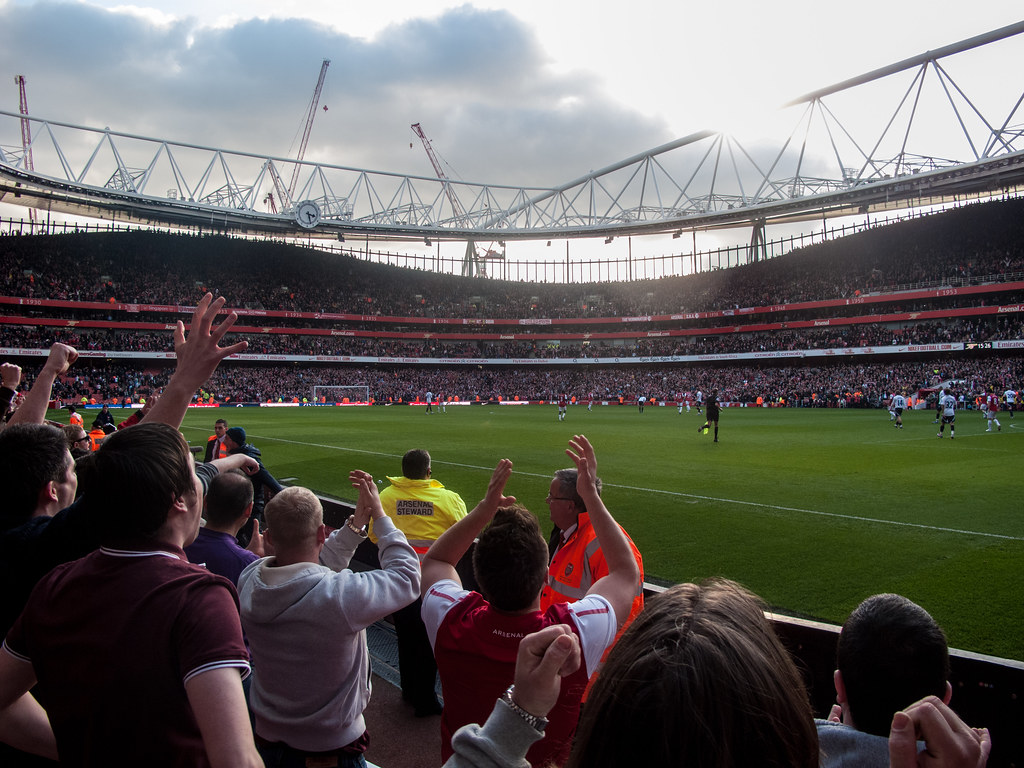 Judging from recent interviews across the media, Virgin Media CEO Tom Mockridge is out and about shouting loudly about his company’s complaint about how the Premier League sells its UK TV rights. His complaint is broadly that the league only sells 168 of the 360 fixtures each season, artificially limiting supply to keep prices high.

The media fusillade includes pieces in The Guardian, the FT, the Telegraph and the BBC. He also popped up on Radio 4’s Media Show.

But this isn’t new news. The complaint was actually made to Ofcom last year ahead of the most recent Premier League rights auction. Furthermore, Virgin Media asked Ofcom to suspend that UK TV rights sale ahead of making a decision on this investigation – something Mockridge sidestepped a little during the Media Show interview. Ofcom refused that, and the auction went ahead with the new rights deal running for the 2016/17 – 2018/19 seasons.

The Premier League currently packages up fixtures into seven packages valued differently depending on a variety of measures including which “pick” of the weekend’s fixture that package entitles the broadcaster to. There are lots of rules about ensuring that every team gets a minimum TV exposure, when games can be scheduled (particularly with teams involved in Thursday night Europa league footabll), and when is optimal for TV viewing figures.

What that means is that not all seven packages are equal. In the most recent rights rounds for the period starting next season, Sky retained its 4pm Sunday slot and got back Saturday 12:45pm package from BT. These get most of the best fixtures – along with the Sunday 2pm slot which Sky also owns. BT will be taking over the 5:30pm Saturday slot.

But let’s look at some of the arguments Mockridge makes as part of his case.

What about his argument over how rights are sold in domestic leagues elsewhere in comparison to the Premier League?

Well he’s right to say that most games in US leagues like the NFL, MLB and NBA are televised, but it’s a complicated web of sales there, combining national network TV, local TV and digital offerings.

The biggest sport in the US in terms of television money is the NFL, and it’s notable that NFL games avoid Friday nights (High school football – “Friday Night Lights”) and Saturdays (College football – itself a big TV money spinner). So games are mostly played on Sundays, with a Monday night game and more recently some Thursday night games. That’s effectively the NFL’s way of having the equivalent of having a 3pm-5pm “blackout” as we have in the UK when there is no live domestic football.

Few would argue that it’s sensible offering televised Premier League football during that window unless you want to destroy the fabric of the game down through the Football League, SPL and beyond.

Mockridge’s solution seems to be one of two things: the Premier League offers more money to the lower leagues to offset this, and to use regional blackouts as used in the US.

In the first case, I’m not sure that holds up. Mockridge is asking for something that by his reckoning will keep inflationary rights in check – in other words limiting what the Premier League can make. That would mean that the league would surely be less inclined to deliver revenues to lower league divisions?

As for regional blackouts? Well that’s complicated, and Mockridge is missing one massive difference.

The US model works something like this in the case of the NFL: home markets are broadly defined as a 75 mile radius around the team’s ground. The idea is that if a game is not sold out 72 hours in advance, the game cannot air locally. This is to encourage fans to attend live games rather than simply stay at home. Plus full grounds look and sound better on television. In reality the rules are bit more complex. But key is the fact that the FCC has recently lifted its rules on blackouts, and this season NFL teams have lifted the rules too.

Different sports have different blackout rules, but it’s really unclear to me how they’d work in the UK.

Mockridge talks in interviews about blocking out a Manchester United games to Manchester viewers and Arsenal games to London viewers if they’re played at 3pm. And it’s true, technology could allow this.

But that’s completely missing the point of US-style blackouts.

The NFL blackout rules were put in place to ensure full stadia for NFL teams, not to support a wider American football eco-system. As I’ve said, the NFL does that by not clashing with high school and college games.

In the UK, there’s no need to prevent Manchester viewers from seeing Manchester United play on TV because they, like most Premier League teams, sell out pretty much all their home games. Across the Premier League this season, grounds have been 96% full on average thus far.

We’re talking about people staying at home to watch any Premier League games rather than going out to watch Macclesfield, Brentford or indeed any teams outside the Premier League.

Blacking out United’s games in Manchester would still leave another four or so live games for Manchester fans to choose from at 3pm on Saturday. Lower division gates would suffer as fans stayed at home and watched another fixture.

Other sports leagues around the world think only of their own leagues. We actually have an ecosystem that considers the full league structure. There’s no relegation or promotion in the NFL/NBA/MLB – so the leagues don’t especially care beyond college sport.

Then there is Mockridge’s underlying thesis that offering every game would somehow curtail inflationary rights revenues. I’m just not sure that’s the case. The reason we have the inflation we do at the moment is because in the UK there are two major players in BT and Sky who have both seen sport as a core part of their offering. In fact, while broadcasters have seen massive inflation overall in rights, they’ve not actually needed to increase their subscriptions to that degree. Sky has increased its prices a little, but not remotely close to the 70% Mockridge talks about. Sky says it’ll find the savings it needs elsewhere. BT bought a lower priced package this time round, and is better able to swallow the price increase without introducing price increases (That’s not to say it won’t of course).

In the end bidders can only pay what they think the market will bear. In the same way that Virgin Media sets the price of its broadband for customers based on what they believe consumers are willing to pay for high-speed internet access. That price Virgin Media charges is based on lots of things including what it costs to provide the service, but also what others in the market are charging.

Furthermore, just because there are more games on offer, it doesn’t necessarily stand to reason that the value of each game would go down. It’d all depend on how the Premier League retailed those games. A third bidder might enter the market – Virgin Media for example. Additional bidders boost prices.

I can’t see the Premier League choosing to do anything other than offer games in packages as they do now. Currently every game outside the 3pm slot is part of a package.

In radio, there are two packages that include the 3pm slot – Five Live has one and Absolute Radio the other. Since the number of games played on Saturdays at 3pm is quite variable, and all the “top” games have already been shifted out of that slot, then I can only really see Premier League offering a complete package of those remaining fixtures. But that would probably just bring extra revenue for those games into play as either Sky or BT bid for those games as a red-button offering.

While that might mean the average price per game overall falls a little, the actual total rights payments handed over would increase. And an overall increase surely means more total cost to customers?

Virgin Media’s complaint seems to be specifically about “collective” selling. It’s unclear to me whether whether they expect every fixture to be sold independently – perhaps auctioned on a fixture by fixture basis. I’m not sure that doing that would be any more helpful to fans. You’d never know what channel was showing what game. Broadcasters are bound to stick with offering monthly subscription rather than offer fixtures pay-per-view model (Sky previously tried this you will recall).

So were more than two groups to bid, consumers wanting full access would have to pay more than ever.

And the last thing the Premier League should follow would be a Spanish model where the big sides – notably Real Madrid and Barcelona – generate the vast majority of television revenues leaving a league that is heavily weighted towards those two clubs. A per-game model would vastly favour big clubs like Manchester United, Arsenal, Manchester City and Chelsea.

Finally the claim by Mockridge that additional money generated by changing the rights sale process would deliver might be returned to fans in the form of cheaper tickets seems laughable. Much as I’d love to see increased TV revenues meaning cheaper tickets, that simply doesn’t happen now, and it wouldn’t happen under a new model. Instead, the vast majority of those revenues go straight into players’ pockets via increased salary demands.

You can’t have it both ways. If the Premier League offers more games live, then either the overall revenues increase or decrease. If they increase, then fans, overall, pay more. If they decrease, then that would seem like a massive market intervention, the likes of which has not been made anywhere else in the world. And inevitably those revenues would benefit the bigger clubs much more.

In the end, it is surely for the Premier League to determine its own best model. They’ve had their hand forced to ensure that there are at least two bidders. But as it happens, the model they have currently actually seems to work really well for them, and they’re second only to the NFL overall TV rights revenues. With trickle-down money going beyond the Premier League, that must be positive for the game in general.

If rights get too expensive, then subscribers will stop paying.

It’ll be interesting to see Ofcom’s conclusions to this complaint, but I’d be flabbergasted if Ofcom did anything aside from throw it out.