What Goes Around and Cyclogeography 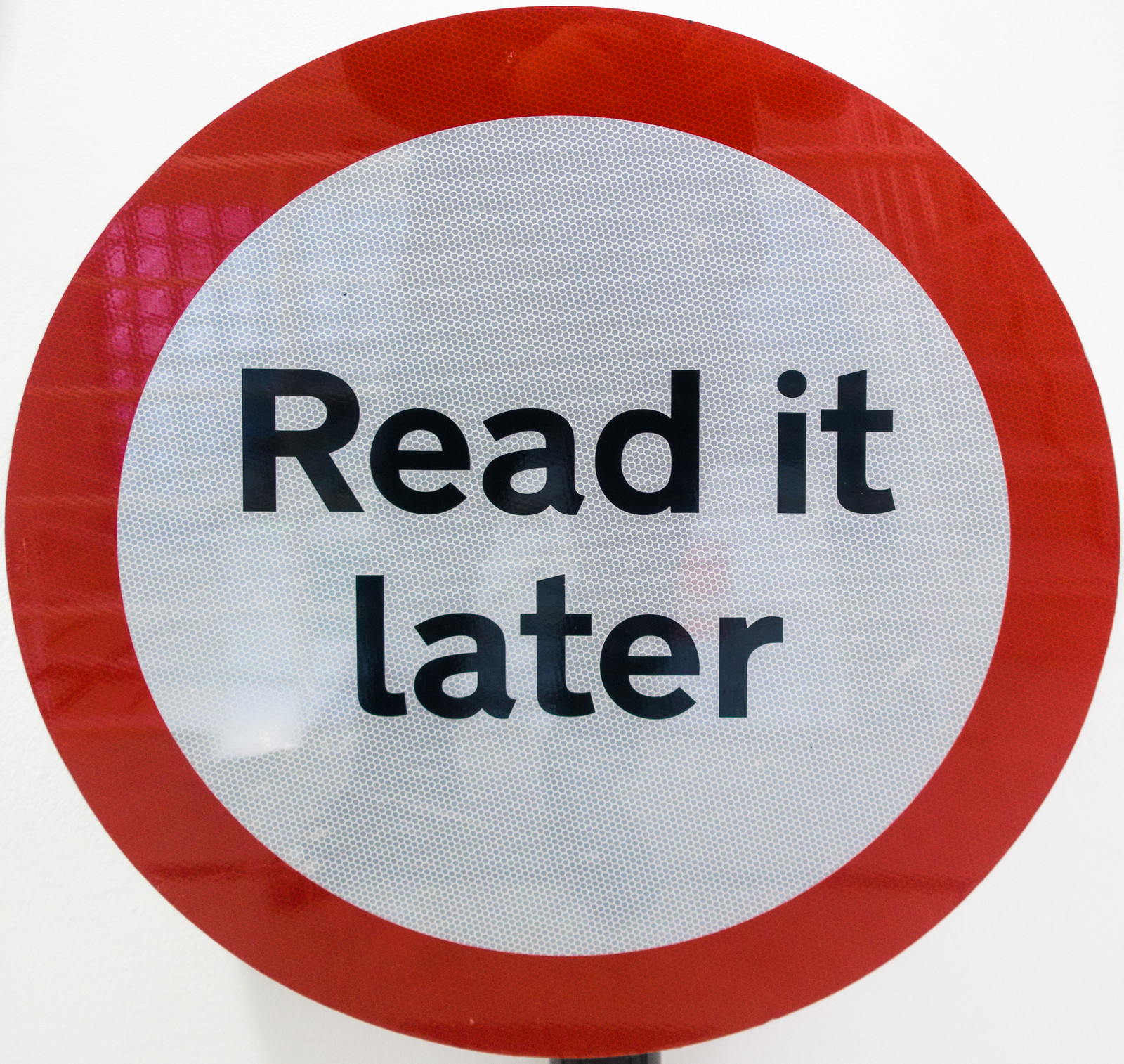 I’ve spent the better part of my working life in the West End of London. That means lots of tourists, black cabs (you can’t really identify an Uber), buses and a general melange of people going about their very different businesses.

As a cyclist, you can’t help also noting the cycle couriers. When I was based in Golden Square, if you didn’t spot them whizzing around Soho, you’d see them gathered together by the pump in Broadwick Street – the same pump that John Snow identified as being the cause of a cholera epidemic in 1854.

While I loved the idea of cycle couriers – on their bikes all day every day – I never quite thought of it as a glamorous profession. They certainly seemed to keep themselves to themselves, and they largely rode quite cool bikes, at least until recently when I’ve seen more functional machines with large boxes attached, or long cargo bikes. But the muck and the grime of London’s streets never made me want to drop it all and be one of them.

Yet others do seem to find some kind of glamour in what cycle couriers do. They seem to feature in newspaper and magazine articles far more than other relatively mundane jobs. We’ve seen fictional depictions on screen such as Michael Smiley’s “Tyres” in the amazing sitcom Spaced, or more recently Jospeh Gordon-Levitt’s faintly ludicrous messenger in the film Premium Rush.

And then there are the fakengers – cyclists who dress up to look a lot like cycle couriers, riding the same sort of single speed bikes, dressing the same way, and having a courier’s bag slung over their shoulder even though for the commute, a rucksack might make more sense.

And all of sudden (well over a few months really), there’s suddenly been a glut of books on cycle couriers.

I learnt about Cyclegeography courtesy of The Guardian’s end of year Reader Recommendations.

A slight digression. I absolutely love The Guardian’s Review supplement on Saturday. It’s essentially the most serious supplement published by any of our broadsheet newspapers, primarily printing a substantial number of book reviews, but also with essays about other elements of the arts. It’s unmissable and gets put aside immediately I pick up the Saturday paper – saving the best until last. There are two terrific features that they publish annually that are far more interesting than the usual ” what famous people are getting and giving these books for Christmas.” These recommendations are mercilessly mocked in Private Eye’s “Log-rolling” column where we learn about how the lists are actually chums recommending theirother chums’ books.

Publishers’ Winners and Losers – in particular those books identified by their publishers that deserved to do better, since they are often books that are really good but somehow slipped through the net, not gaining reviews or traction amongst buyers. There are always a few gems in there.

Readers’ Books of the Year – Now in some sense, this shouldn’t work. I’ve no idea why I should trust the judgement of a random member of the public. But because they can only say a few words about the book, I can often be sold in the few lines they have available. The list can be more diverse than the usual suspects you see elsewhere.

So when I saw two people recommend Cyclogeography

, I knew I had to give it a go. It’s a very slim volume by Jon Day, a former cycle courier and now writer and academic. This is very much a meditation on cycle couriers and cycling in general.

It’s less about the nitty gritty of what’s involved, as to what cycling means to Day and what it has meant to others. He goes off on long digressions, examining cycling as a way of exploring our landscape, and even as an artform.

We also get sections on road racing and other cycling endeavours. He goes out and talks to writers like Iain Sinclair, and tries to place cycling in that world.

It’s a fine book, although in truth, “essay” is probably a better description and well worth a read.

From there I went to What Goes Around: A London Cycle Courier’s Story

by Emily Chappell. Chappell has been a courier for more than five years off and on – in an industry where the people come and go quite quickly, that places her as a long standing member of the courier community – although there are figures who’ve done the job for ten, twenty or even thirty years, that she mentions.

She tells a very personal story of her life as a courier. The majority of couriers are male, and they can be an insular lot. Chappell at first mistakes that for them shutting her out – perhaps because many prospective couriers quit fairly early on when they discover what’s entailed and the lack of glamour. But in reality it seems that it’s something of a loner’s occupation – if you’re busy, you’re on your own, with most of your daily interactions being over the radio with your control, and a variety of receptionists and security guards as you go about collecting and dropping off packages.

The industry is ever-changing, and it always seems to have been “better” in years gone by. Certainly with more documentation sent online, there would seem to be less need for physical items to be rush delivered around the city. Yet some legal documents have to be paper, and it can still be quicker sending a hard drive with terabytes of data, rather than trying to send it directly, even with highspeed dedicated lines.

Chappell’s books is subtitled A London Cycle Courier’s Story because it is. She talks a lot about her personal life and her relationships. There is some crossover between them when a girlfriend becomes a courier herself.

But there is also the sexism, the camaraderie, the danger, the poor pay, the culture and the people. It’s a fascinating world, and I enjoyed this book immensely.

My experience of riding my bike in London is largely based on me flying around on my Brompton, using it as part of my commute for the last five years or so, interspersed with some less speedy Boris-bike rides. But then I’ve ridden bikes my whole life. Because I was based in Golden Square for so much of that time, and I didn’t solely spend just going from A to B, I too have learnt some of the vagaries of Soho’s one-way system. So it’s entertaining to read Chappell’s routes around the area: Wardour; Broadwick; Lexington; Beak; Upper James; Brewer; and Wardour again.

Throughout the book street names and flung around and I know many of the streets. It’s nice to recognise them, or think about dropping into that nice sounding Indian restaurant on Warren Street. But I’ve never been to Fullcity Cyles where couriers tended to hang out, although I did go to The Foundry once or twice when it was open, unaware that it was then a couriers’ haunt.

Do I recall seeing Chappell riding around town? Yes – I think I do. As I say, female couriers are a rare enough breed that you would notice. On the other hand, I didn’t spend much of my time lusting after their often deliberately beaten up looking single speeds. Towards the end of the book Chappell notes that if you’re actively looking for someone in the centre of town, then actually they’re hard to miss. She relates a couple of stories of incidents with other drivers who she never really expected to see again, yet she bumped into again within hours or a day or two.

This is a really well written book, and a fascinating read. I came away knowing a great deal more about couriers lives and experiences. But I didn’t feel that I missed a calling being a courier. Loving to ride my bike is something different though! Thoroughly recommended.

(Incidentally, I see from Robert Penn’s review of this book that there’s a third book on being a courier out now – Messengers by Julian Sayarer. I must admit, tempted though I am, I need to read something a bit different before I return to couriers right now.)

Addendum: The Guardian has featured Emily Chappell in their Books Podcast this week, so that’s worth a listen. But can we please have a moratorium on using Queen’s Bicycle Race in all audio and video productions to do with cycling please? It’s the equivalent of using Abba’s Money Money Money for any financial feature. You just don’t do it because it’s so hackneyed.

One Reply to “What Goes Around and Cyclogeography”