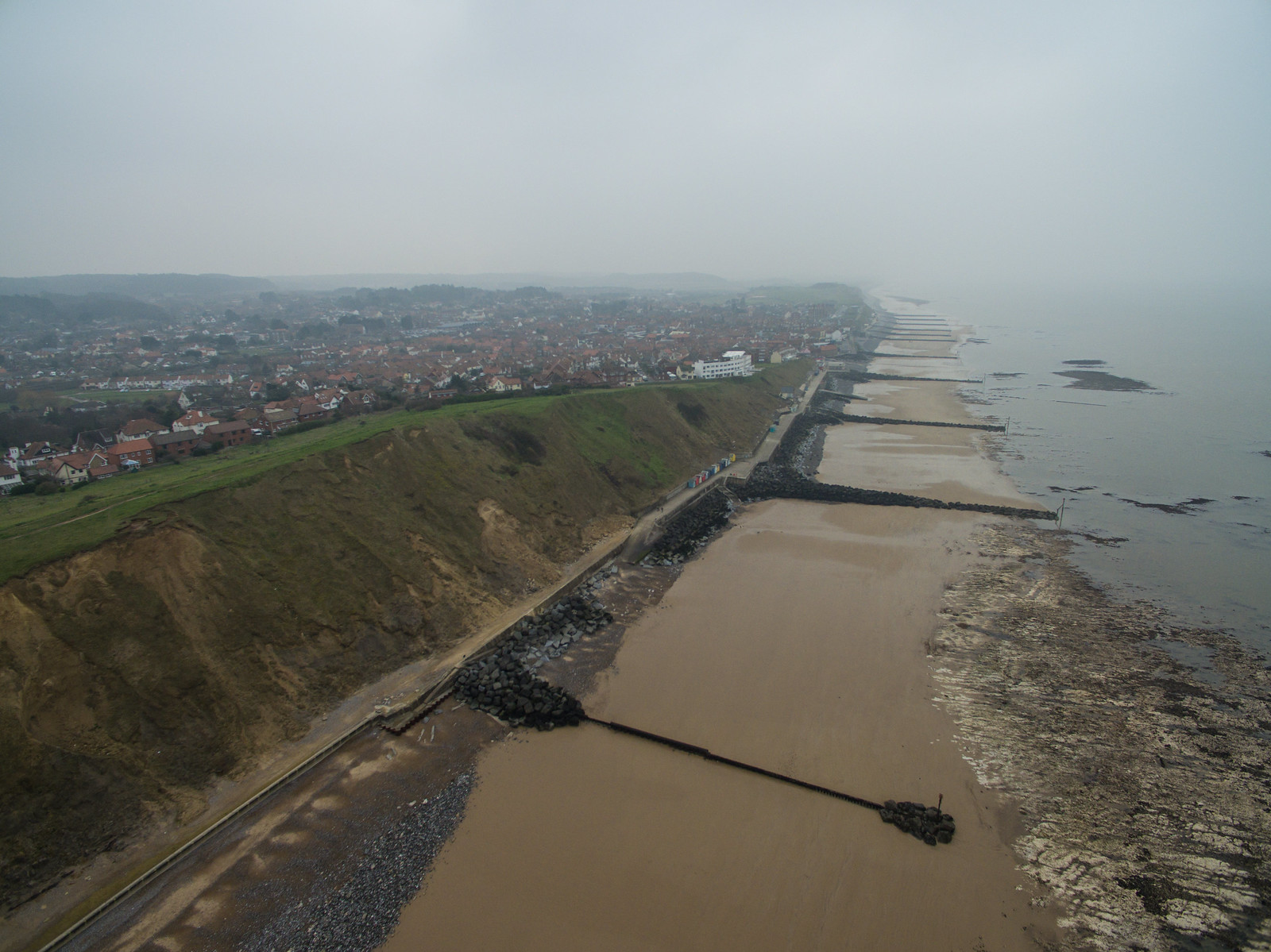 Recorded along the coast during a near high-tide this morning. The promenade in Sheringham was quite badly damaged during December 2013 storms, and more than two years later, there is still work being carried out to repair some of that damage.

The audio is a mix of different sounds with some “treatment” particularly to the workmen repairing some of the metalwork.