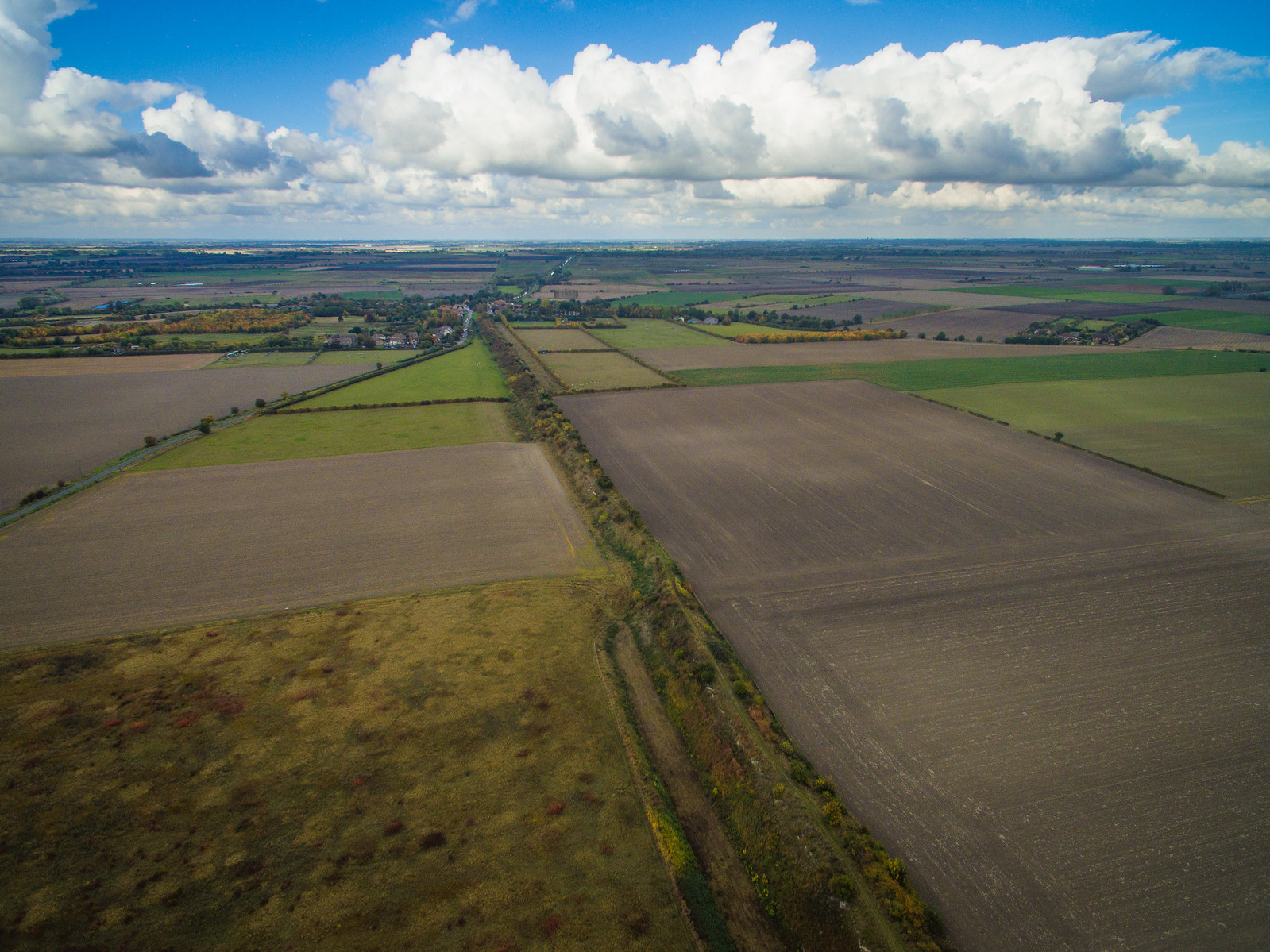 There are at least two Devil’s Dykes in the south of England. I decided that I’d be walking the one in Cambridgeshire, following a mention both in an autumn walks supplement in The Guardian, and an appearance in Tony Robinson’s Britain’s Ancient Trackways part of the Icknield Way. Naturally, I took my drone with me.

I was going to start in Newmarket, but instead alighted the Cambridge to Ipswich train a stop earlier at Dullingham. The station is a short walk from the village, and my reason for getting off earlier was that I should be able to do more of the Dyke. However, the onlhy real option for the route was a walk along the quite busy B1061 – a road that doesn’t have a suitable grass verge to walk along. Going slightly further out of my way, and joining the path at Stetchwork Park might have been more sensible.

Almost instantly I was on the Dyke, an ancient earthwork built sometime in the 6th or 7th centuries. It actually runs over 7 miles in length stretching between the villages of Woodditton and Reach. I was walking the northern end – a stretch of about 4.5 miles, and skipping a woody section. 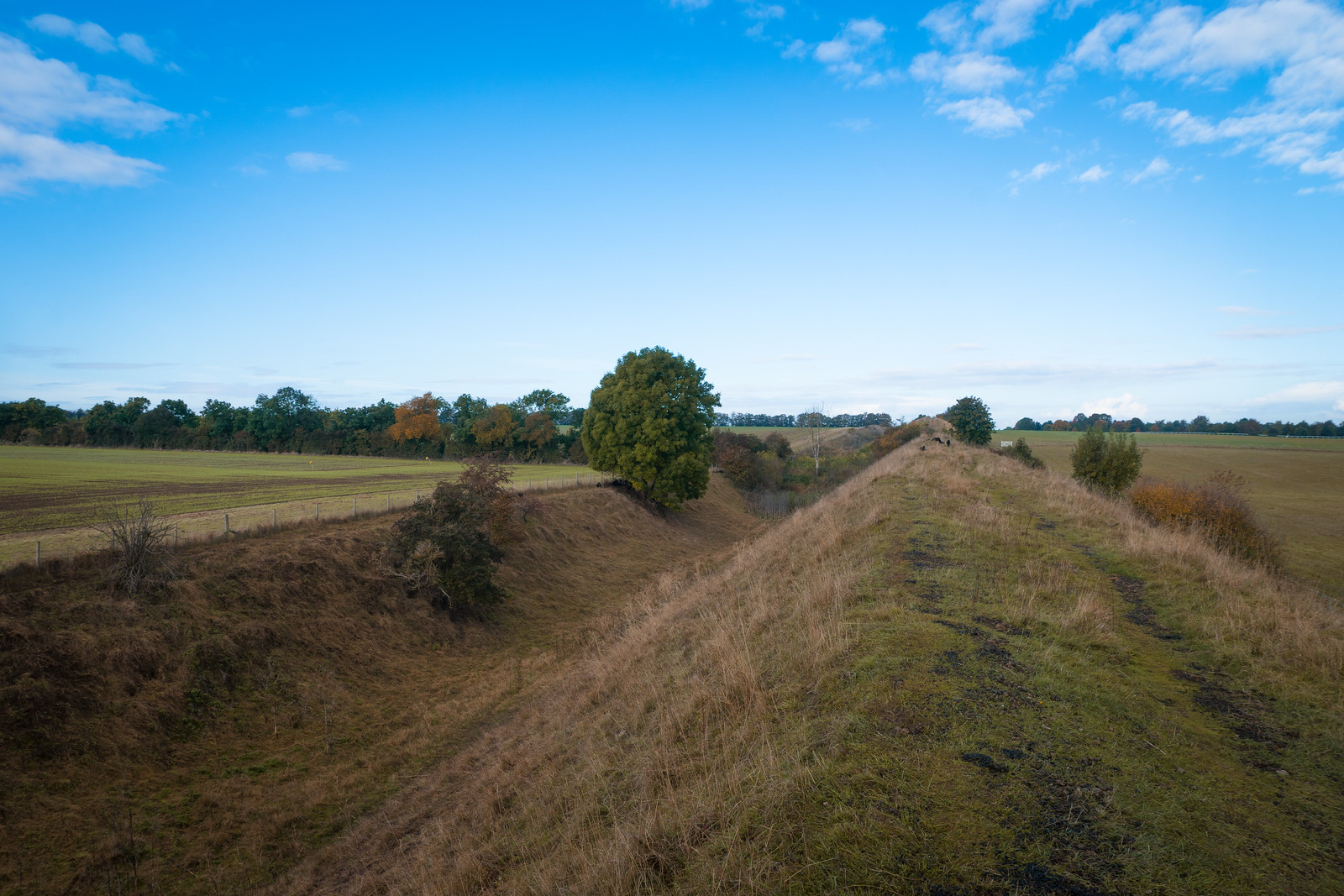 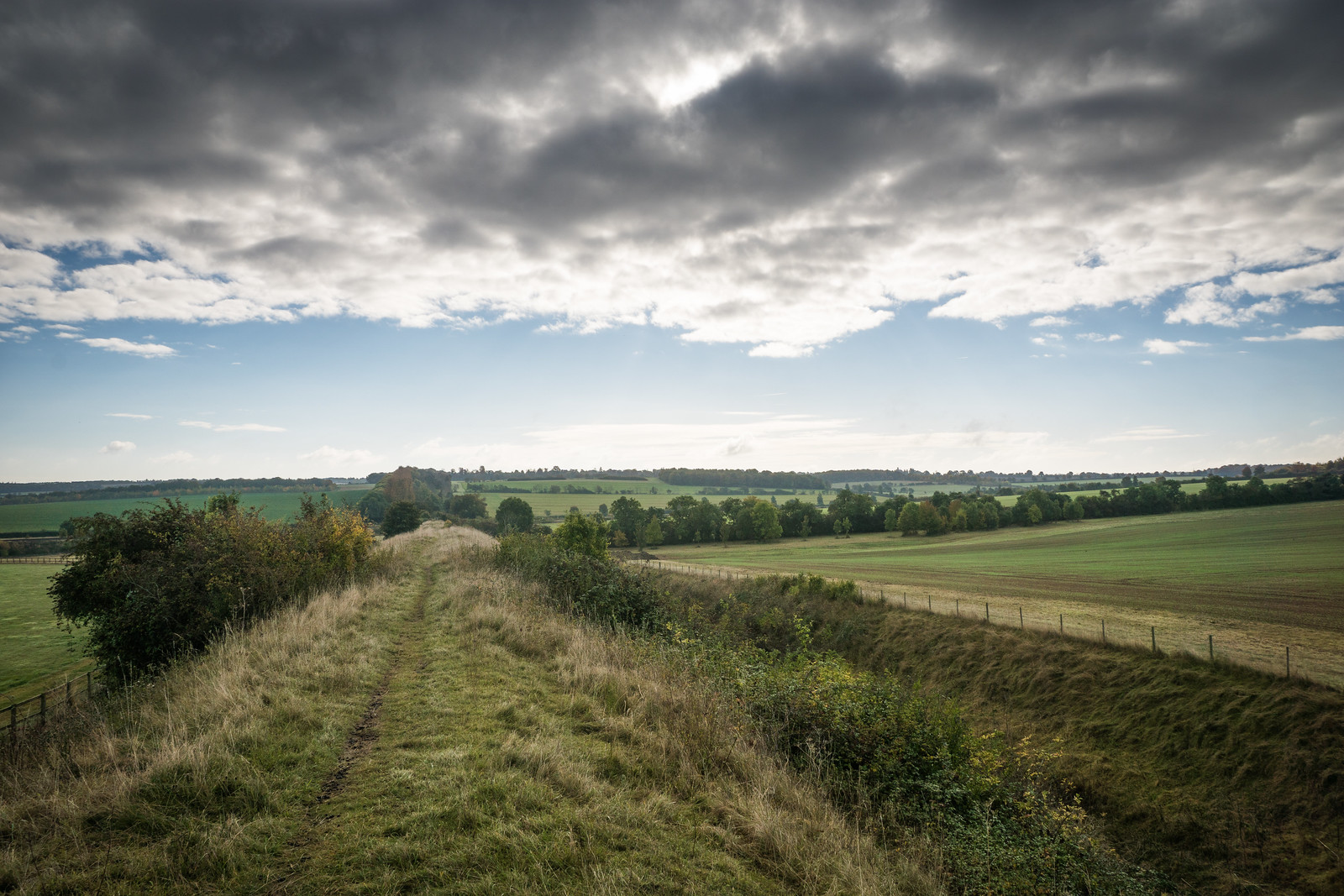 The Dyke comprises of both a bank and a ditch. It must have taken years to complete and involved significant labour to get it done. Even today, with heavy lifting equipment it would take a long time to build. 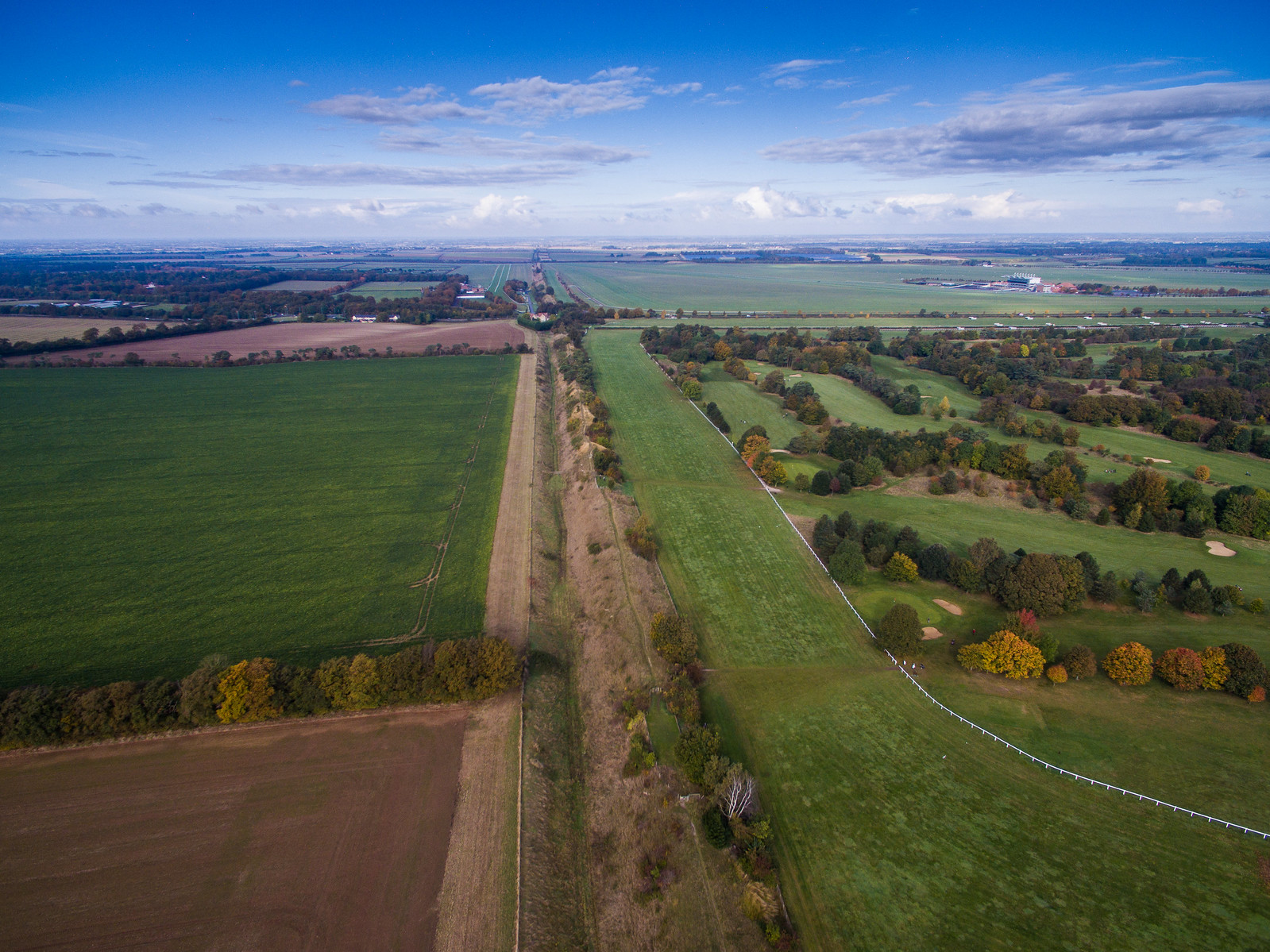 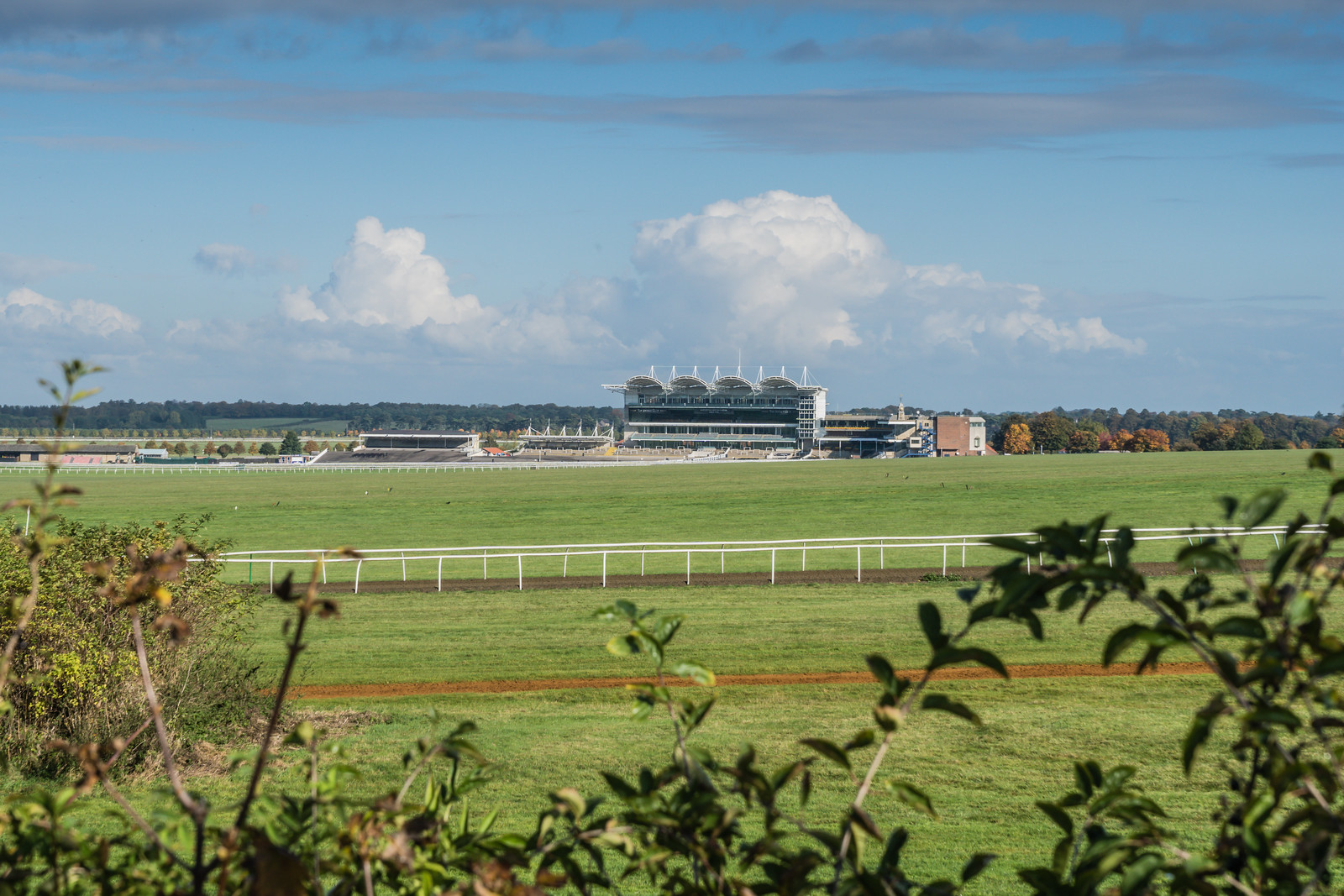 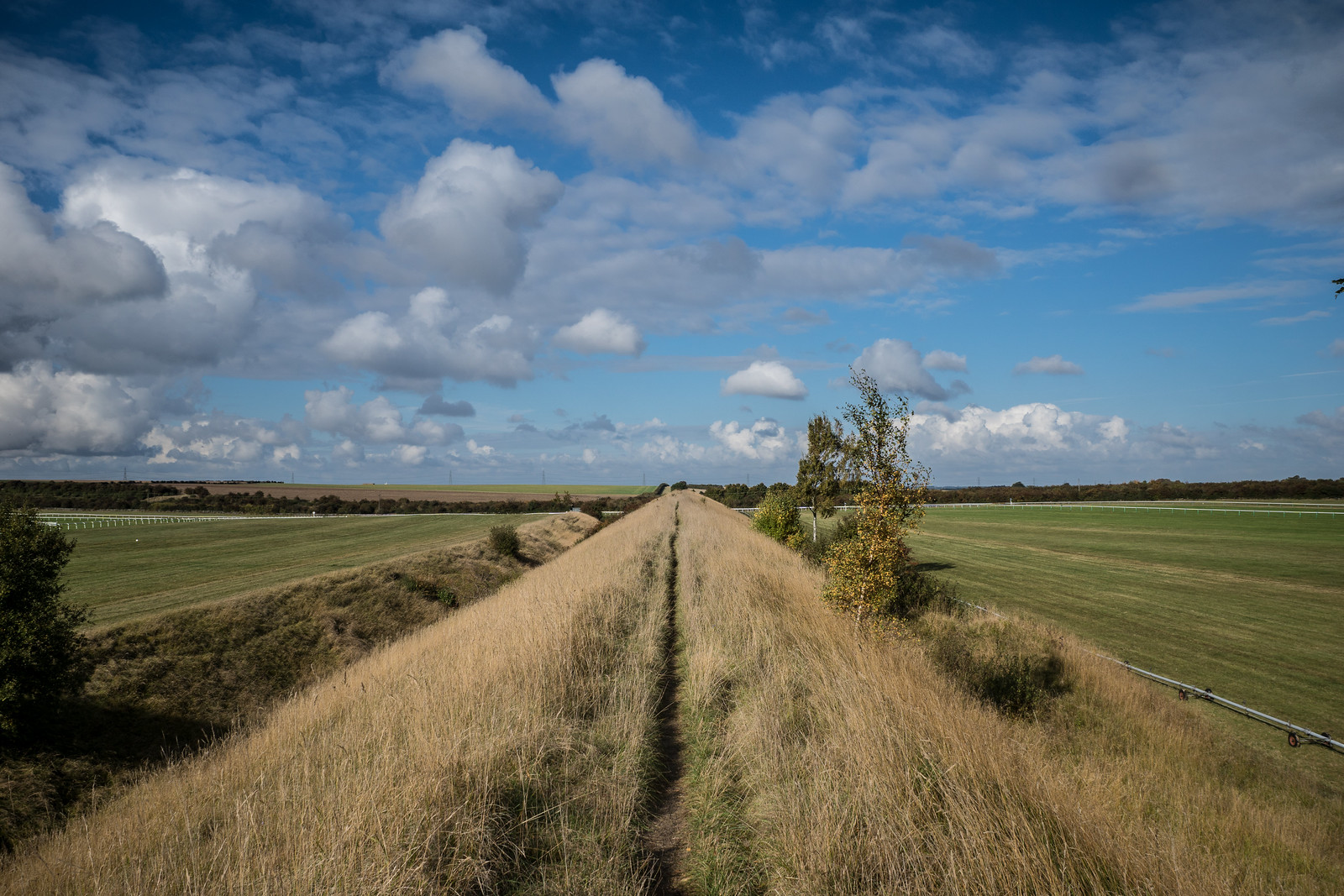 Crossing the A1304, you reach Newmarket Racecourse sat on top of the expanse of Newmarket Heath. There are stables all around these parts of the country. The Dyke itself (marked as Devil’s Ditch on Ordnance Survey maps), bisects the course, with the July course being on one side of the Dyke while the main stand is the other. Eventually the Dyke falls away as the Cesarewatch Course runs across your path and circles around to the main grandstand.

The A14 is as busy as a motorway, and a footbridge lets you cross it, before the Dyke continues. 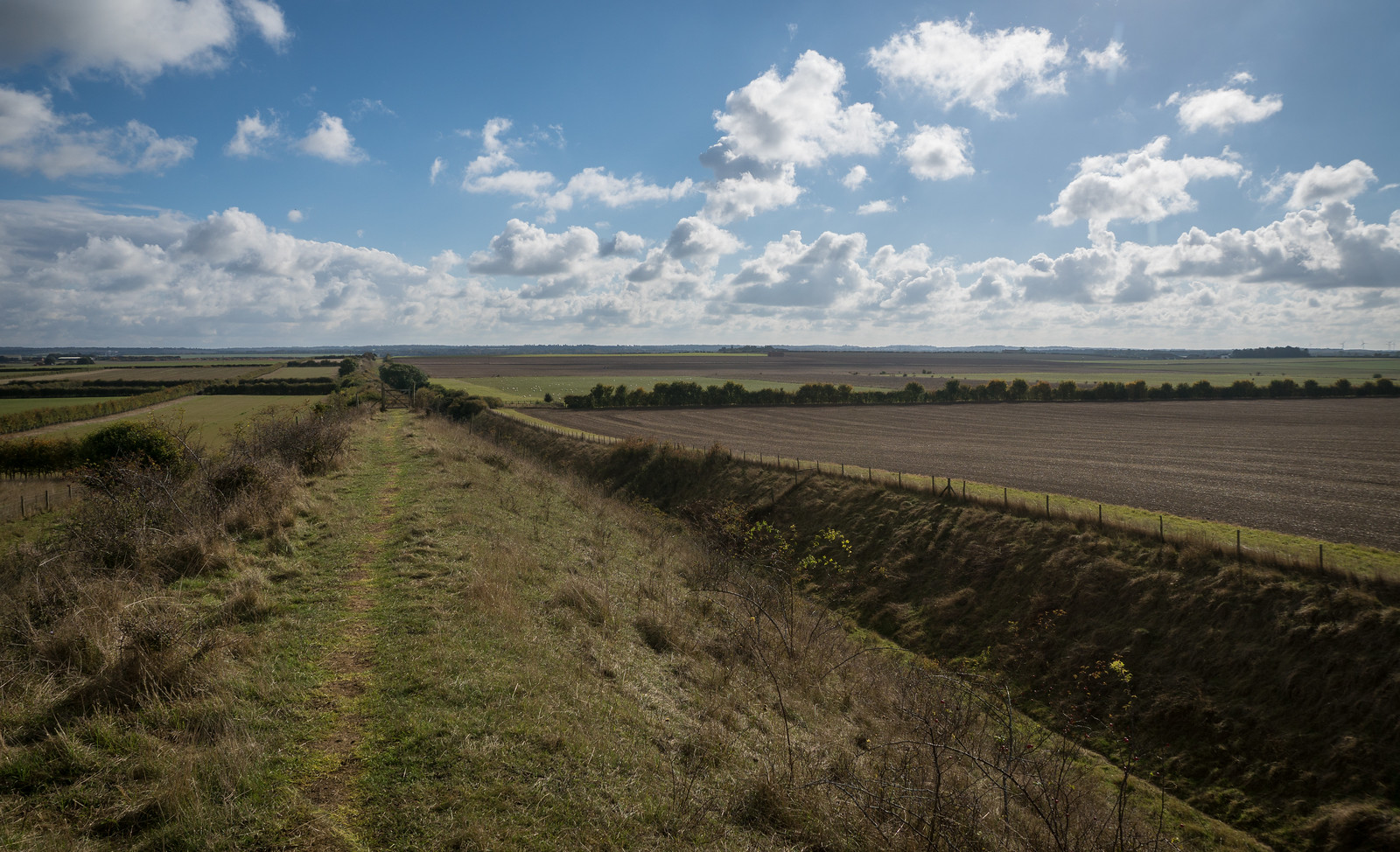 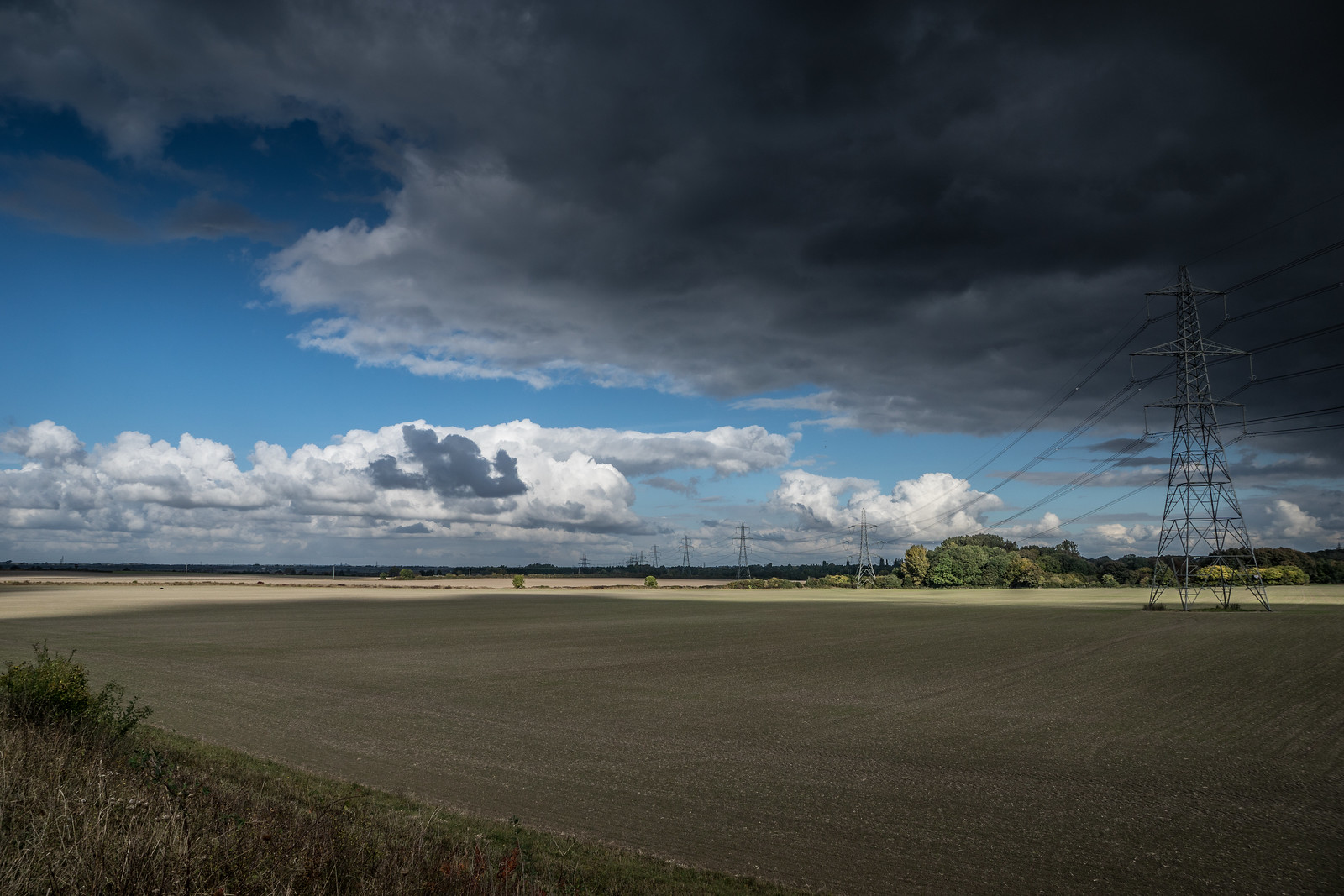 The Dyke runs between the villages of Swaffham Prior and Burwell, and the path crosses the road that connects them, as well as a dismantled railway before finally ending at the pretty village of Reach. 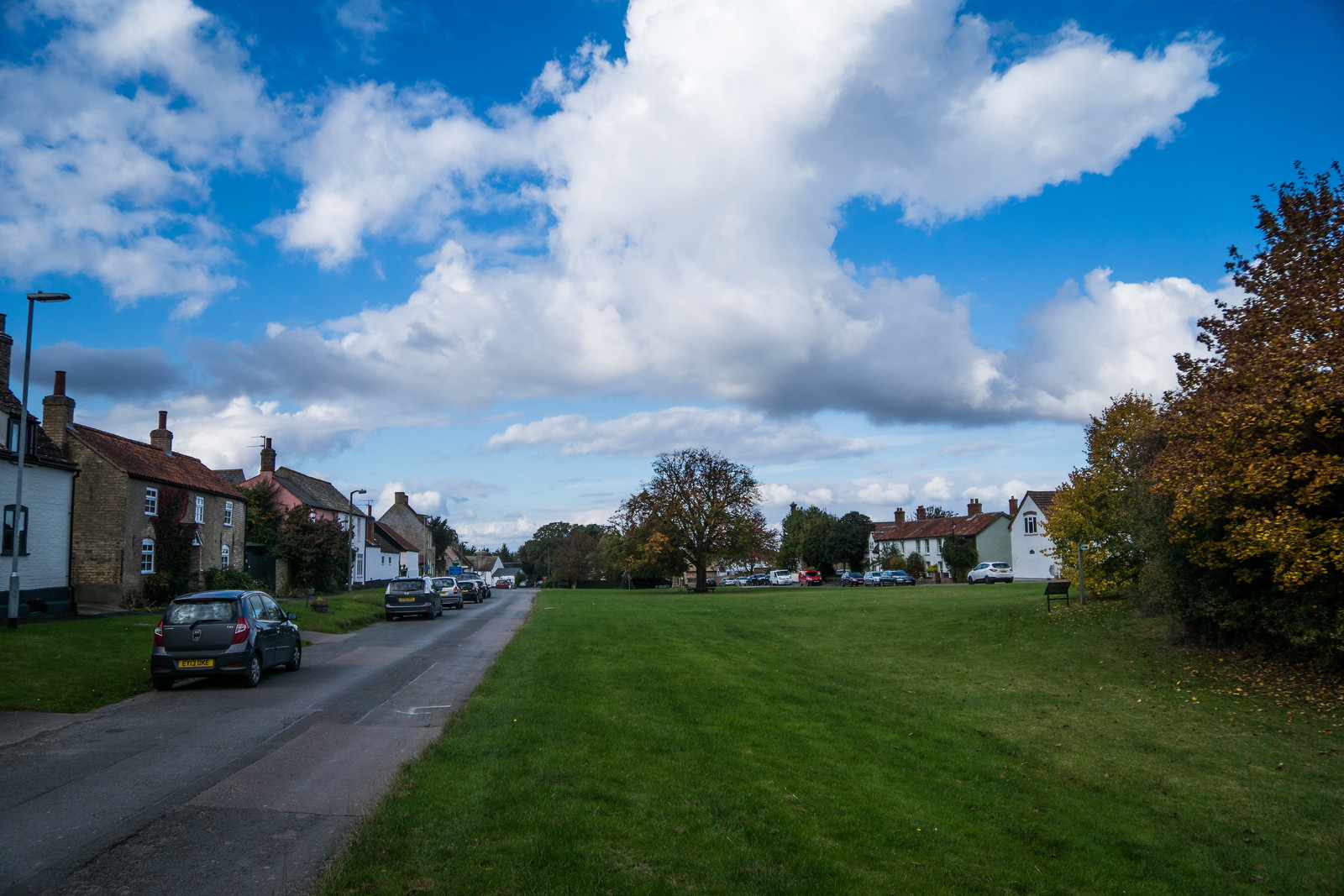 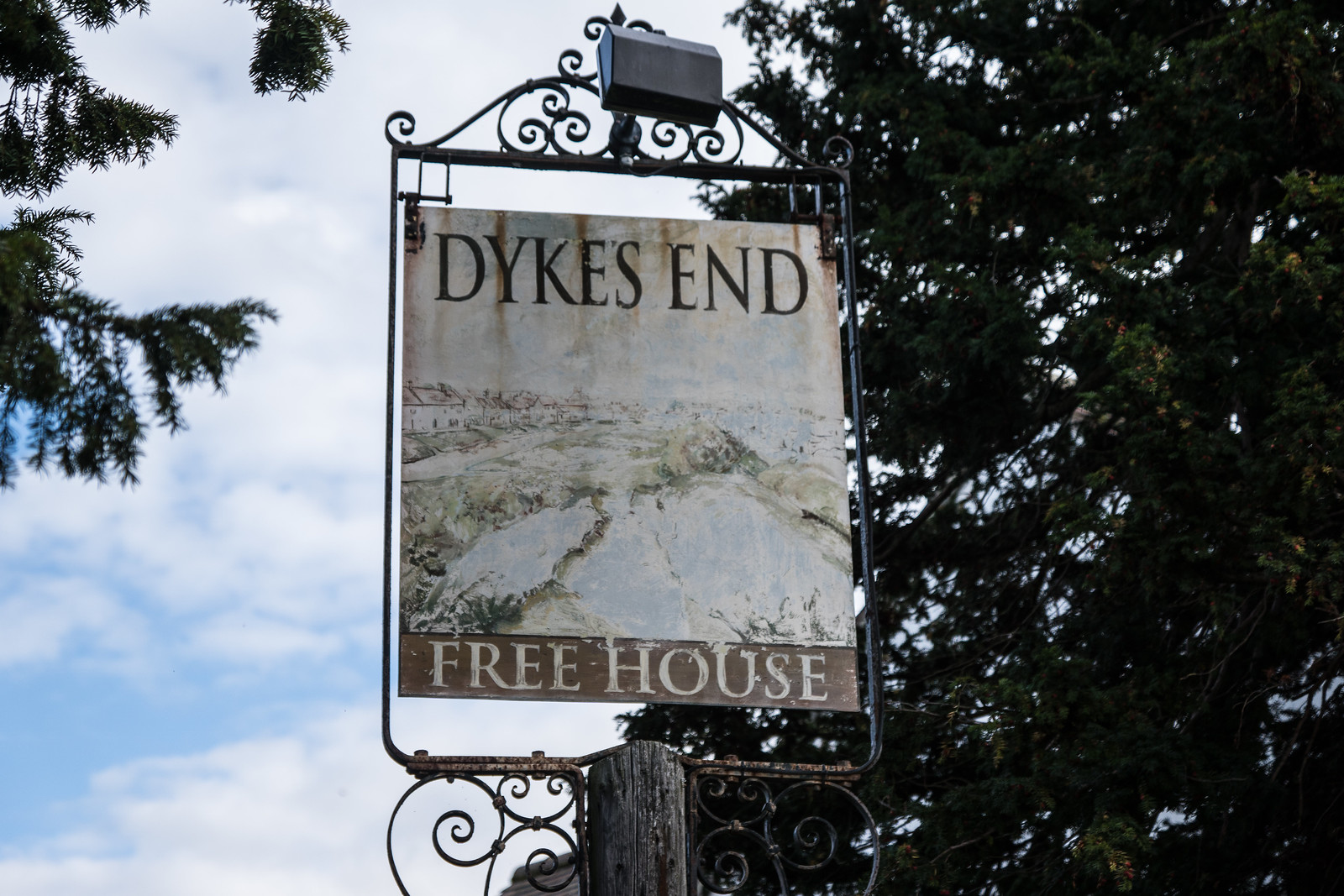 I stopped at the very nice Dyke’s End pub where I just about managed to squeeze in for lunch. Reach is where many people start and end their walk along the Dyke. However I was heading onwards, to get to Waterbeach where I could catch another train. 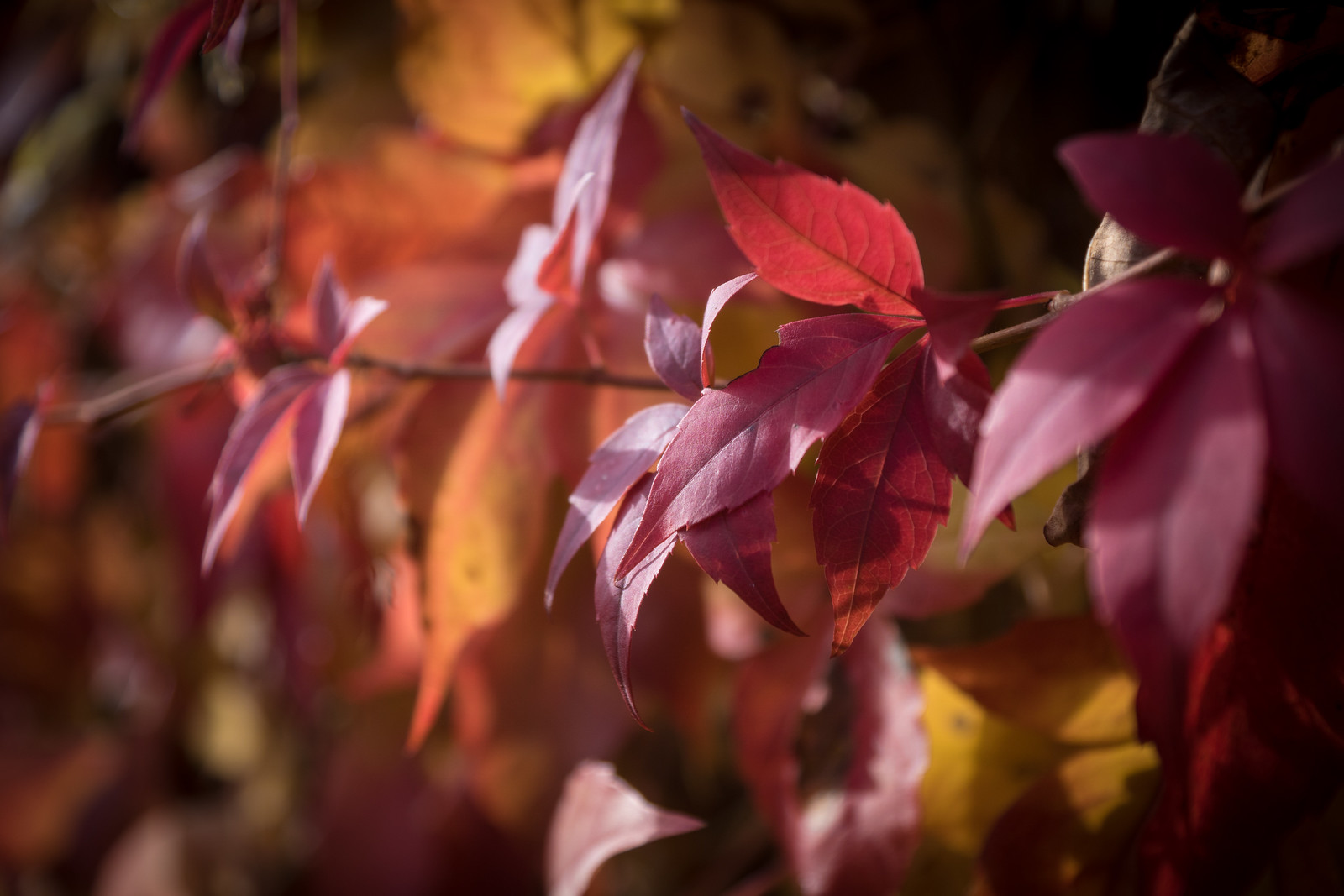 My initial plan had been to follow Reach Lode as far as the village of Upware and the enticingly named Five Miles From Anywhere pub. But I decided to shorten the route a little (it was long enough as it was), and instead headed west along the Black Droveway past some caravans, and then on towards Slades Farm which sits close to the Swaffham Bulbeck Lode. There’s a nice cycleway in this area, and I saw a couple of families making use of the autumn weather to follow it. 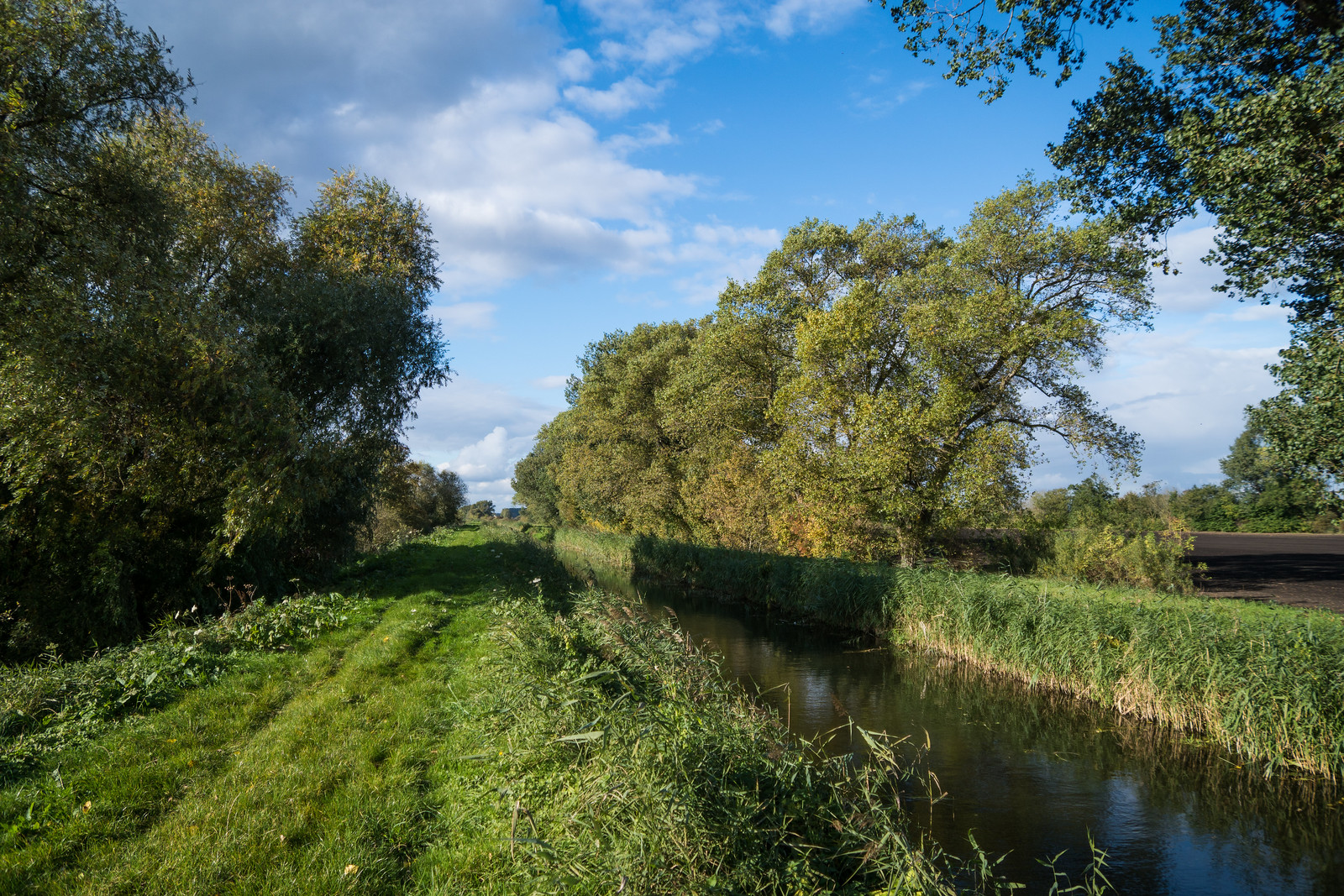 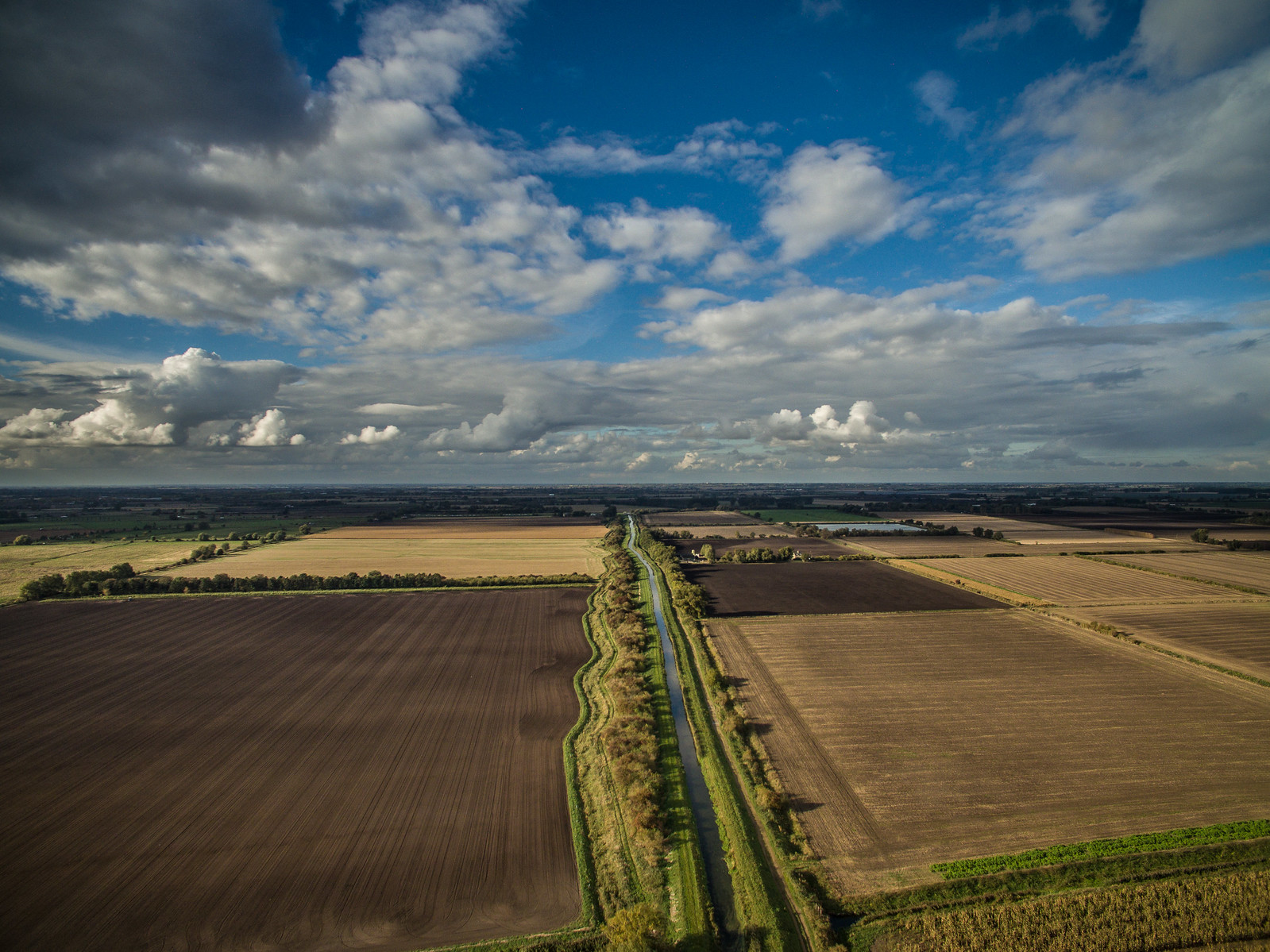 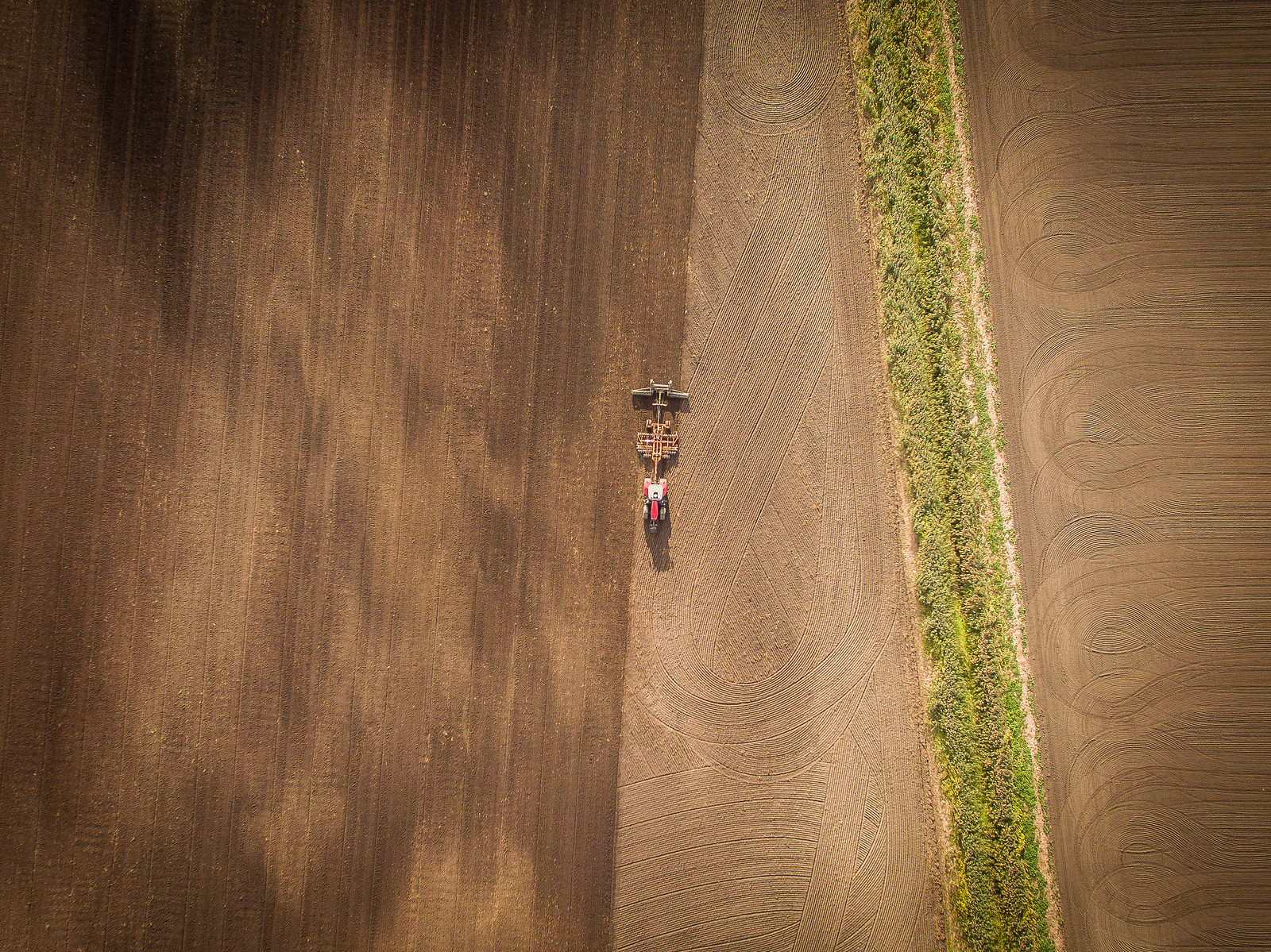 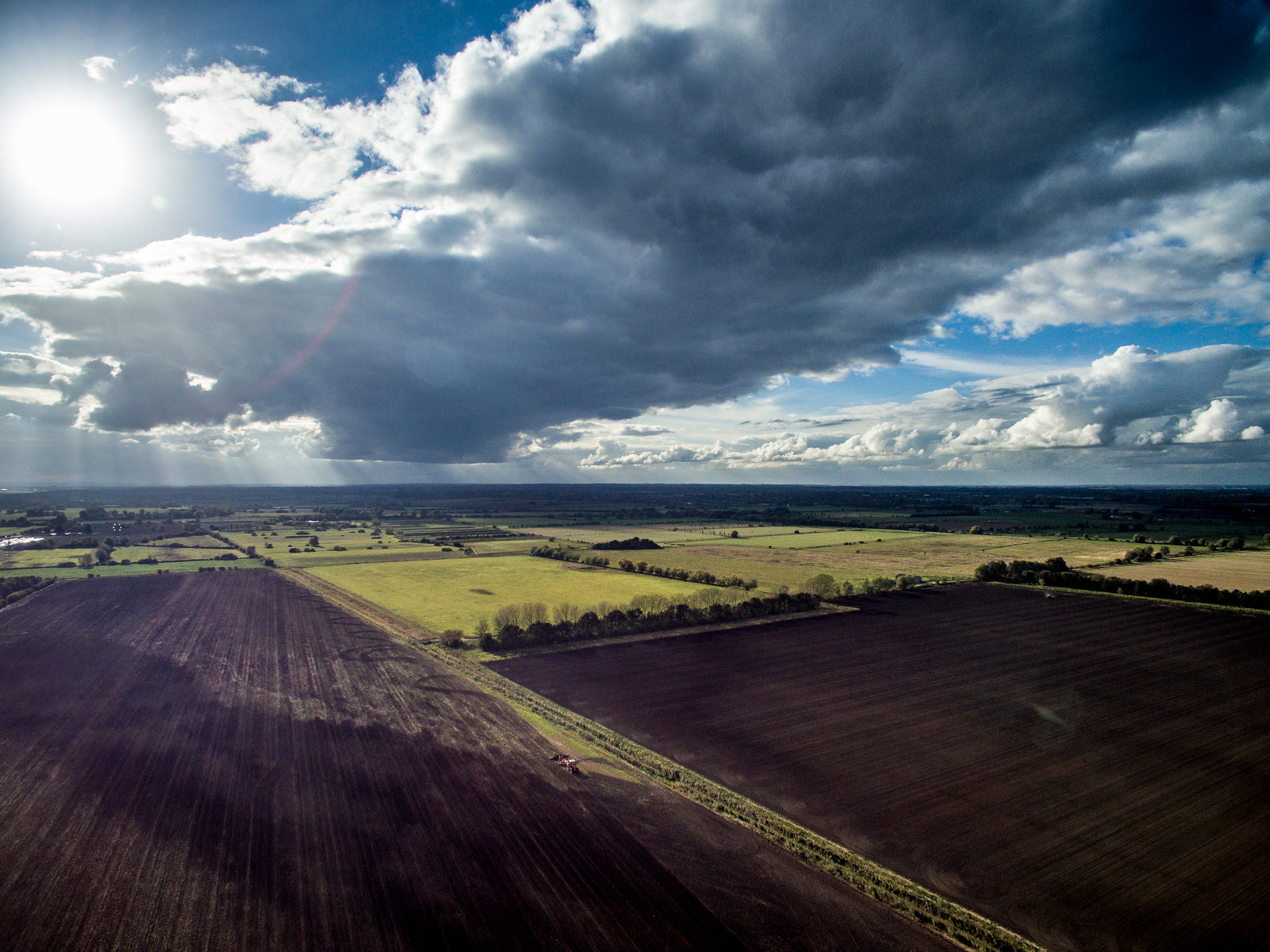 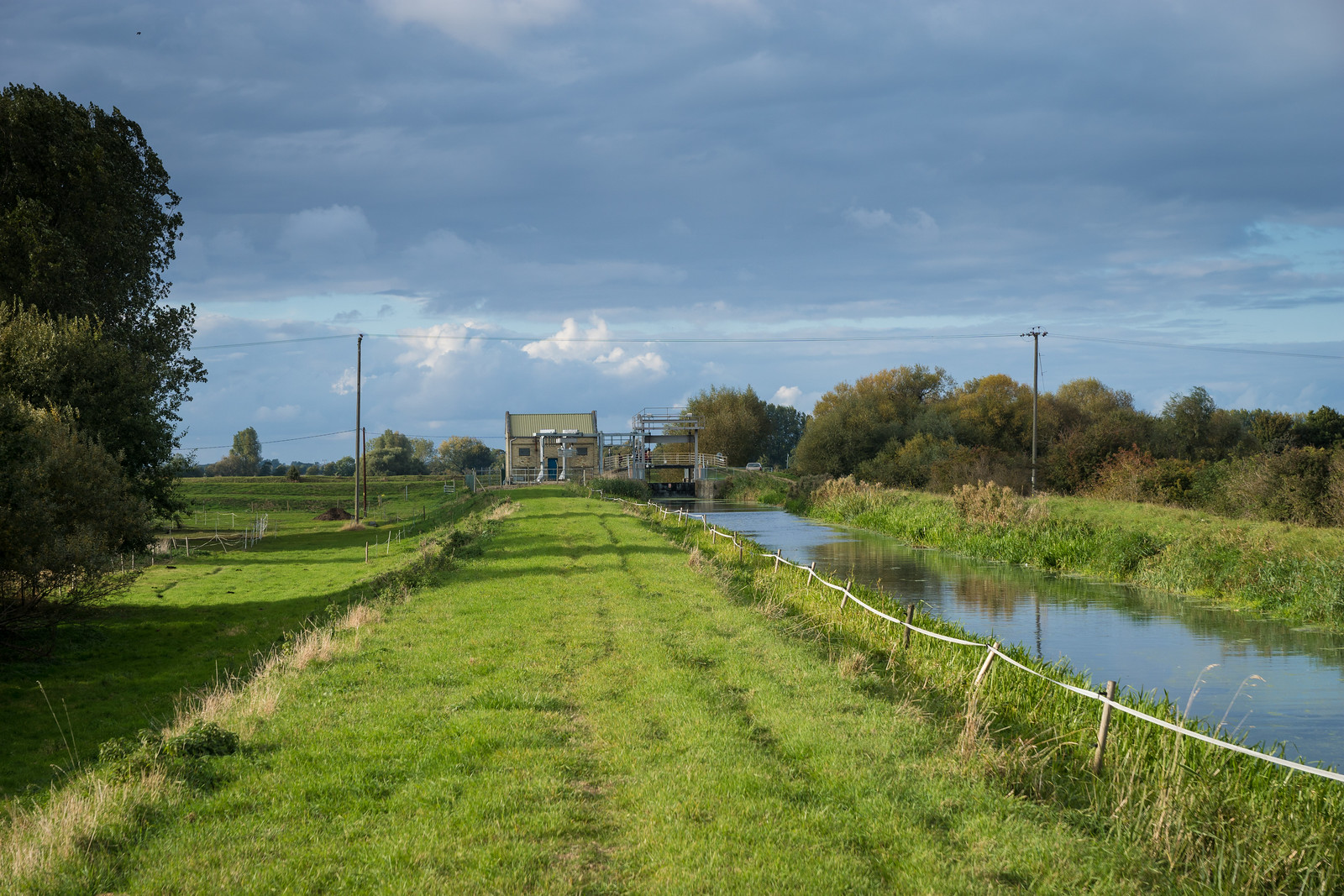 The banks of the Lode got me as far the pumping station at Swaffham Lock. Here the channel met the River Cam which flows on to Cambridge. I turned southwest and followed the south bank of the Fen Rivers Way, passing a small marina and a number of anglers. 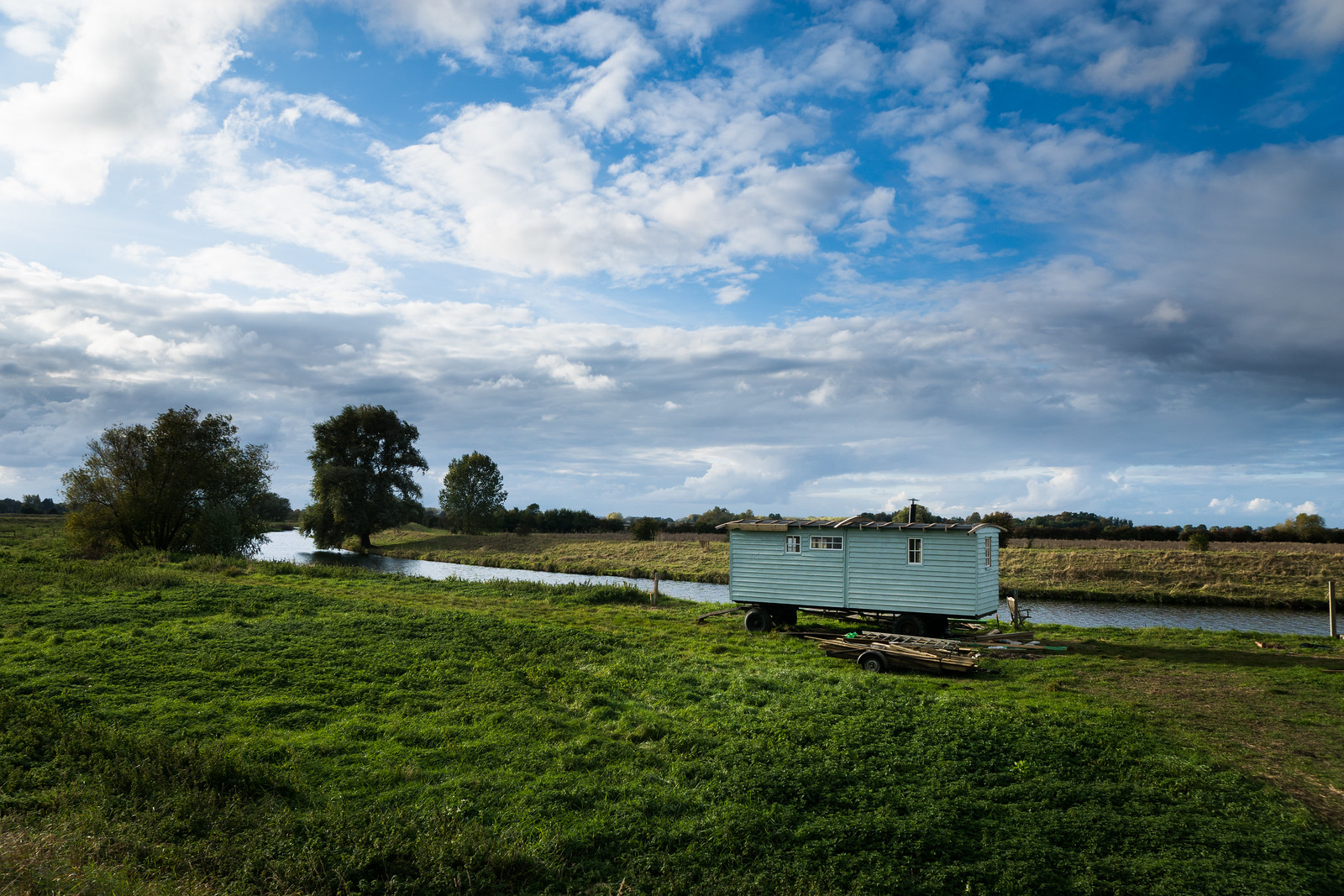 The last strech was a bit of a march as I realised I could just about make the hourly train at Waterbeach station. I arrived with about five minutes to spare, thus avoiding an hour’s wait.

All told, a really nice, if quite long walk – just short of 15 miles. But aside from climbing up and down the Dyke at intervals, it’s entirely flat, and is very reachable from London.