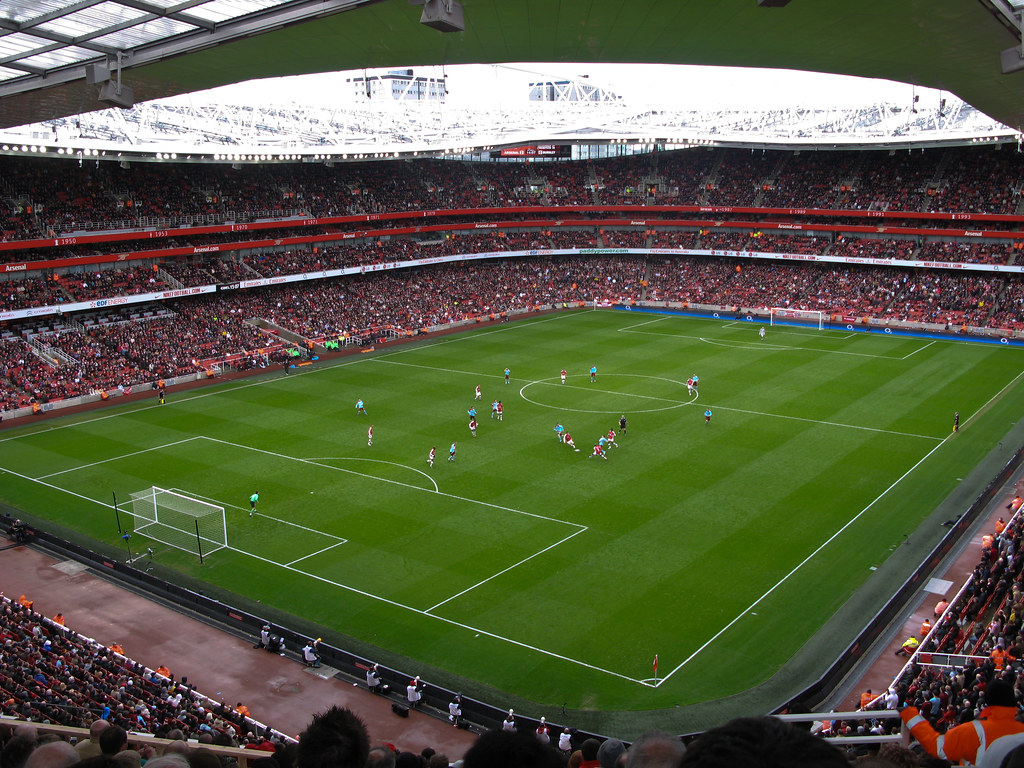 Last week, BT Chief Executive Gavin Patterson was reported as saying that “rampant inflation in sports rights” had to end.

Today we learn that BT is going to pay £394m a season for UEFA Champions’ League and Europa League rights from the 2018/19 season, up from £299m a season under the previous agreement.

By my calculation, that’s a 31.8% increase over three years.

What was that about “rampant inflation” again?

BT’s new deal also includes all rights to highlights, meaning that there won’t be any TV highlights on ITV. Instead, BT will share free highlights in social media.

And of course UEFA is going to an 1800/2000 GMT/BST structure on Champions’ League match days, meaning lots of UK residents will still be at work or commuting while matches are taking place, as already happens with the Europa League. Oh good.

Prior to this deal being announced there had been lots of rumours in the press that UEFA advertisers were unhappy with the loss of free-to-air coverage.

UEFA’s calculation is that £100m more for UK rights is worth it, set against £460m of pan-European sponsorship revenues, and any reduced reach for those advertisers within the UK market for their premier competition.

There is a quote in BT’s press release that says:

BT will enhance its social media coverage to reach new audiences, by making clips, weekly highlights, UEFA’s magazine show, and both finals available for free on social media. BT streamed both finals last year on YouTube for the first time, taking the number of people who watched BT’s live coverage of the finals to more than twelve million. The company will also seek to bring the best of the action to its large mobile customer base.

That suggests that only the final will be made available free. Everything else will be behind a BT paywall. No BT Showcase any more. There’s the possibility of BT sub-licencing some matches to another channel, but absolutely no guarantee they will.

I’ve examined the 12m number before, and it is to be regarded very carefully indeed. First of all 12m is not 12m different people – it’s the sum of the Champions’ League audience and Europa League audience. Football fans being who they are, that’s a lot of the same people who watched both matches.

And as I mentioned in the previous article, BT is using “reach” rather than the more usual “average audience” to get as big a number as they can. Last week 3.45m watched a one-sided FA Cup replay between Man City and Huddersfield. 3.45m means that at an average of 3.45m watched the entire broadcast from 1930-2200. Audiences aren’t constant, and once Man City were well ahead, audiences drifted away to other programmes. Other people turn on late and perhaps watch the last half an hour. Overall, at any given point in the entire match 3.45m were watching. But BT is using a reach number – the number of different people who watched any of the game. This is necessarily bigger. And it’s not a number that would normally be bandied around by a broadcaster when talking about viewership of their shows.

Finally, without a great deal more information we can’t be sure what the 3m YouTube component of the audience really means. First of all, the Champions’ League final had 1.8m views, meaning the Europa League must have had about 1.2m. YouTube registers a view when someone watches as little 30 seconds. So this almost certainly doesn’t mean 1.8m or 1.2m watched the entire match. And again, many of the same fans will have watched both matches.

Digging into BT’s YouTube channel doesn’t seem to surface the complete live videos any longer. There are just highlights packages. There are a couple of short videos with several hundred thousand views each, and it’s not clear if these were once the live streams (I suspect they may have been), or just incredibly popular promo videos, but either way, we need to be careful what we’re counting. Interestingly, the CL promo has around 470,000 views while the Europa League promo has over 600,000 views. If they were the live streams, then that doesn’t total 3m.

To be fair to BT for one moment, a single YouTube view does not equal a single viewer. Many will have been streaming to smart TVs with sizeable numbers potentially watching. But online video views can be a murky business, and the methodology is completely different to the BARB measurement for TV, meaning combined audiences figures should be treated with tremendous caution.

I suppose in the end, I find it incredibly disappointing that either a single match isn’t made available to ITV, C4 or C5, and that highlights are removed from TV altogether. Saying that you’ll make highlights available in social media is a nice addition, but shouldn’t replace a broadcast channel. Many older viewers in particular will struggle to see footage now. It’s the elderly and poorest in society who don’t have access to the internet for streaming and the devices necessary to enable them.

UEFA clearly doesn’t care about those viewers. BT will pay more for complete exclusivity, which they now have. And if you either can’t afford BT, or don’t have the means or ability to watch their social streams, then tough luck. No European football for you.

If this were any other sport – I’m looking at you, cricket – you’d question the ramifications for the future of the sport by striking this kind of lockout deal. But this is football, and the major competitions are always likely to be important.

The only tiny bit of hope is that Karen Bradley, Culture Secretary, recently talked of “future proofing” listed events like the World Cup. Would free-to-air Champions’ League highlights ever be included in that list?

Incidentally, if you were in Belgium, Germany or Italy, you’d be able to see, at minimum, the finals of the Champions’ League or Europa League of a home club reached the final, because of rules regarding listed events in those countries.

A 32% increase in fees? This time next year, the next Premier League TV deal will be being announced. I bet over in Gloucester Place, the Premier League is rubbing its hands in anticipation of next year, unless BT and Sky reach some kind of appeasement in respect of their relative positions in the TV football marketplace.

[Later] An interesting piece in The Guardian about BT’s need to win these rights following a fairly miserable year for them. Although I would make a couple of points:
Previous Story:
Phones in Cars
Next Story:
The Perils of Alexa!