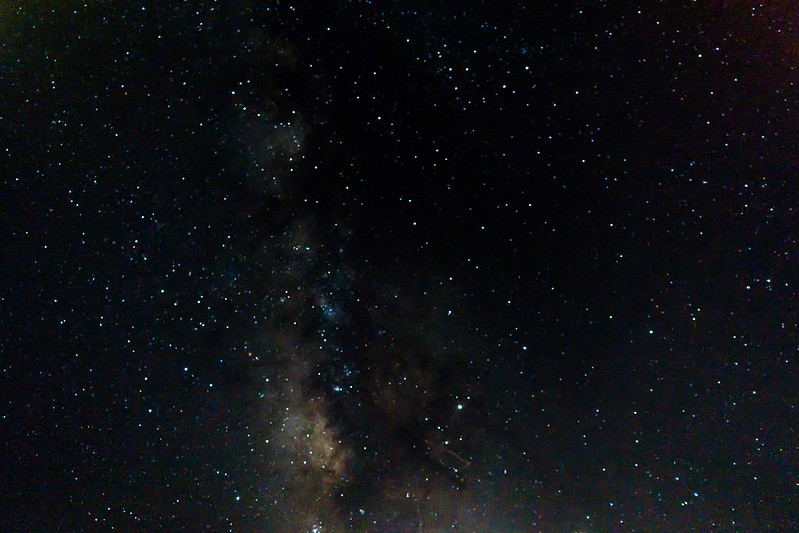 Farewell Cassini. You have been wonderful!

On Friday, just ahead of Cassini finally burning up in the atmosphere of Saturn as the probe ended its 13 years orbiting the planet, its rings and its moons, the mission’s Twitter feed sent this.

Look up tonight & see Saturn in the sky. Tomorrow, our spacecraft will be part of the planet it studied for so long. https://t.co/tcEez0OfeG pic.twitter.com/SDGb6V34zo

The picture above was taken in Zakynthos where I was on holiday. I only had my RX100 III “point and shoot” with me, which only has a 70mm zoom lens. That means that I had no chance of seeing the rings of Saturn. So instead I took a photo of the night sky, looking southwest, and relying on mobile apps to point me in the right direction to see Saturn. There was also a little light pollution from streetlights in the village I was staying in.

You can see Saturn in the lower quarter of the picture, just to the right of the Milky Way, which was nicely visible. The photo was taken in the relatively early evening after the sun had set since Saturn was only visible for a few hours before dipping below the horizon.

The picture below makes it clear exactly where in the image Saturn is.

The rings of Saturn are very viewable for the amateur. I still remember the excitement when I was younger, and my mum borrowed a large telescope from the school she taught in that was going unused. We had it at home for a few months, and seeing the rings of Saturn from my suburban back garden, with all the attendant light pollution, was just the most wonderful thing.

Sadly, I don’t have a telescope today – it’s on the wish list – and I certainly didn’t take one on holiday with me.

But looking up and seeing Saturn was a wonderful thing.

BTW NASA has published a wonderful free eBook containing many of the best images of Saturn and its moons, taken by Cassini over the years. It’s definitely worth a download! All the images within have links to the full size images from NASA’s website, so you can download them and make your own prints if you choose.

Also check out both episodes of The Sky at Night and Horizon on the Cassini mission.