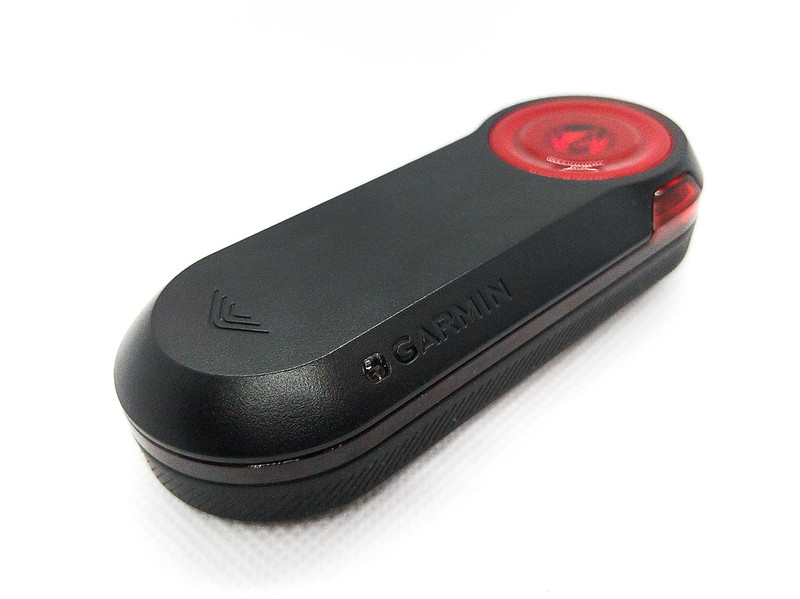 I seem to have a constant battle with rear lights on my bikes. The main problem is that I use a saddlebag on my full-size bike, and attaching a bike light to it is a seemingly simple task, but tends not to be brilliant.

Topeak seem to have the popular saddlebag market sewn up, and I have owned several of their models. However, in many instances, when you then hook a light through the slot made for them, they hang backwards and downwards, meaning that the light isn’t as effective. Remember, a rear light is basically only there for you to be seen!

My preferred rear lights, for compactness, have been Lezyne’s Zecto Drive range. But they suffer this problem.

My recent solution has been to change my saddlebag to a use a Topeak Wedge Sidekick saddlebag. I have the smaller of the two sizes. That’s enough for a tube, a couple of CO2 canisters, a large multi-tool, tyre levers and patches. Importantly, it’s firmer than other Topeak models, so hooking a light on the rear keeps the light pointing higher rather than lower. I’ve been happy so far.

All of which brings us to Garmin’s new Radar Light. Now why might I want a radar light? Is that strictly necessary? The answer is clearly not, but it has immediately proved itself useful.

The light fixes to your bike via a regular Garmin quarter-turn connection. The box includes mounts for a seat-post, but as mentioned above, I don’t have room to place it on a seat-post. Fortunately, creative people who design stuff to be 3D printed have got solutions for you. I bought a Varia Saddle Bag Clip via Shapeways. They 3D print things that creators have uploaded to order. It’s an extra cost, and it’d be nice if Garmin packaged one in their box, but it does the trick. Alongside the Topeak Wedge Sidekick, the light stays firmly pointed in the correct direction.

The light itself is relatively basic. There is a single led light and it has four modes – solid on, night flash mode, day flash mode and standby mode (As far as I can see, standby mode is a bit useless since it doesn’t have traffic detection). The battery is recharged via micro USB and the battery life seems decent with 6 hours in solid mode and 15 hours in day flash mode. Fine for most rides, but you’ll probably need a backup light if you do, say, the Dunwich Dynamo.

So how does it work in practice? While a standalone device is available (RTL511), it’s perhaps most useful when paired with compatible Garmin bike computer. In my case I paired it with my Garmin 1000 which was as simple as adding a new sensor. In the top right hand corner you get an indicator that there is connection, and you’re ready to go.

It works by determining larger objects that are moving at a different speed to you. When it sees one, it gives you an alert and small dots appear on the side of your Garmin bike computer (the right hand side by default). The device can determine several vehicles at once, and you’ll see a series of dots. The closer the dots get to the top of the screen, the closer they are to you. If a car passes particularly fast, the screen goes red, but if it’s slower then you get green. The unit will also beep to alert you to this traffic.

I must say that in practice, it worked very well. You do get the concessional false positive, and if a car stays behind you, matching your speed, perhaps up a slow windy hill with few overtaking opportunities, it may lose the vehicle for a while. Other cyclists tend not to show up, but in general I really like it. Note too that it obviously only detects traffic behind you and coming towards you. You shouldn’t see dots tailing off towards the bottom of the screen!

The radar has a 40 degree wide angle which covers a decent chunk of the road. It also means it continues to work going around corners for example. Garmin says that it can detect vehicles up to 140m away, and I’ve no reason to doubt that in my usage.

And when the vehicle gets very close, the blinking on your light increases in frequency to make sure that the driver has seen you!

The only real downside is the impact on battery life of your bike computer. The Edge 1000 I use has never had amazing battery life, but I got the low battery warning after a 70km ride last weekend which is a bit early. Obviously, the number of sensors you’re using will impact on that, as will things like screen brightness and me using maps (which I was). But while the light itself will probably last well, you’ll need to keep your bike computer’s battery topped up.

I’ve not tried the light in the city centre, and I understand that it can be less useful – probably too much other traffic to cope. In any case, you nearly always have cars behind you, so there’s little added value. It’s best for those places where it feels like cars sneak up on you.

Even with only a couple of rides under my belt, I’m already a fan.

For a much better and more detailed review, DC Rainmaker is obviously the place to go.

Previous Story:
The Redundancy of Imploring Me To Change Things
Next Story:
Giro D’Italia – T-Shirt