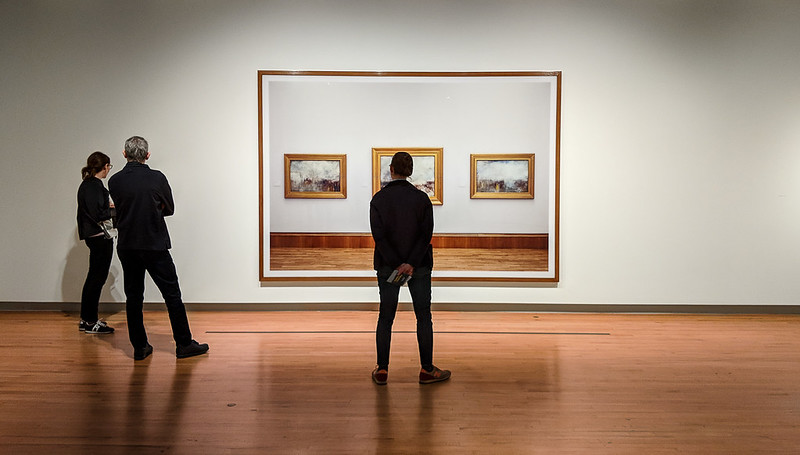 In 2011 a record price was set for the sale of a photograph. Rhein II by Andreas Gursky was sold at Christie’s for $4.3m. It was the then highest price paid for a photograph (and likely remains so). Compared to the Leonardo da Vinci Salvador Munci painting that was sold for $450m last year, that’s a relatively modest price. But photo sales are more interesting.

First of all, there’s the fact that they’re largely reproducible. While a painting is one of a kind, a photographer can make as many, or as few, prints as they choose. A photo might be sold in editions of as few as 1 or as many as several thousand.

I went along to the exhibition because, frankly, I’ve never really got Andreas Gursky. What I mean by that is that while I appreciate his skill as a photographer, and the grandiosity of his works’ scale, I have never seen him as an artist far and away ahead of other photographers, as the prices of his pictures tend to suggest.

I wanted to see if my eyes would be opened by this exhibition. Was I missing something? Why are some of his photos traded for millions of dollars?

Gursky absolutely makes powerful pictures, often detailing man’s impact on the landscape. And the scale of many of his photos is really important. They are often more than 2 metres wide or tall, some bigger than that. And Gursky’s style is to have the lens wide open – everything should be in focus. Furthermore, and importantly, many of his images are composite photos made up from several images, with a significant amount of post-processing in software like Photoshop. Gursky is clearly a master at this kind of thing, because as he flattens out perspectives, you can’t see the joins.

I think the most obvious photomontage for me was a picture entitled Tour de France, which purported to show the race heading up a mountain. Except that somewhere in the lower portion of the image you could see the King of the Mountains banner – which would almost always be somewhere near the top. The images were probably taken from a helicopter, and I’m not certain they were shot on a single mountain. You can’t see enough detail, but some of the “leading” cyclists don’t seem to be accompanied by camera bikes which would ordinarily be the case, while groups further down the mountain do.

And Gursky also makes his colours pop quite a lot, often adding an almost ethereal glow to the pictures.

So these are heavily manipulated images. But they don’t pretend to be anything but that. And so I’m not sure.

Some of the images are not even taken by him. The exhibition features a satellite photo of Antarctica. I suspect that it’s a heavily manipulated collage of many satellite images, and it’s possible that Gursky commissioned his own images from a satellite photography provider. A second image of the North Atlantic claims to have had much of the clear water created with software. So perhaps Gursky was using imagery from a platform like ESA’s Earth from Space.

In another photo entitled Supernova we see a relatively decent example of astro-photography, but nothing especially impressive.

Returning to that record selling Rhein II, which is displayed here, and what’s most remarkable about it is how unremarkable it is. Another photo-montage, Gursky has removed a powerstation to leave nothing else but the grassy banks, the river, and the sky.

I’m probably being unfair. Gursky’s images are impressive, and he does have something to say. But I can’t claim to have been converted by this exhibition. I would put him in a similar category to Damien Hirst, in that I can see the talent, but I don’t really understand the appeal, and certainly don’t understand the prices that are achieved by his works.

Anyway, if you’ve not seen the exhibition, it’s too late, as it closed a couple of weeks ago. 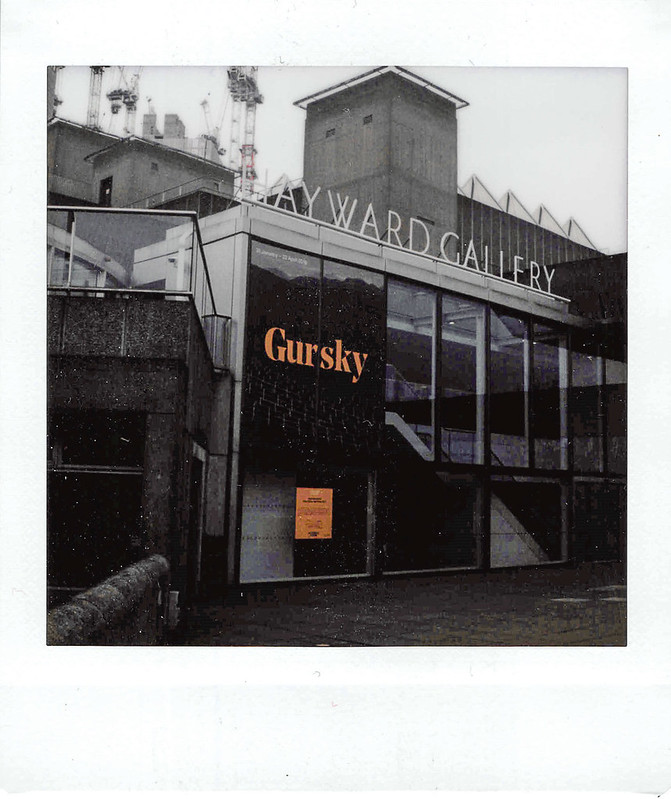