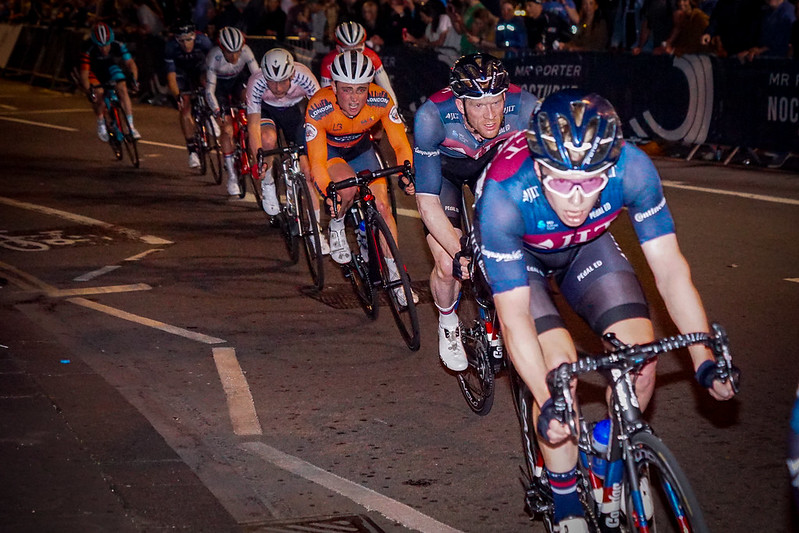 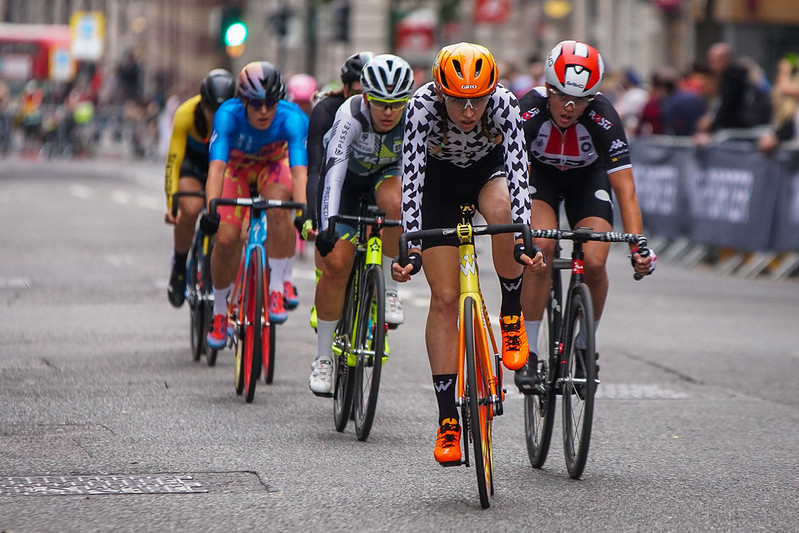 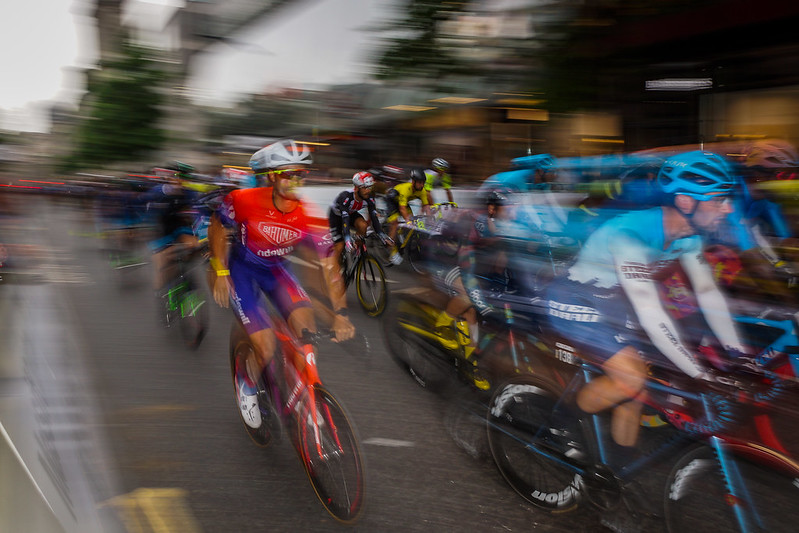 [Scroll down for more photos – and even more over on Flickr]

I like to get along to the London Nocturne when I can – the Mr Porter London Nocturne to give it its proper title. There are a series of races across the afternoon and into the evening. Earlier in the day, before I arrived, there had been a Santander Cycles race (and prior to that, an open session around the closed roads), a penny farthing race and a folding bike race. I also saw a number of very smartly dressed people with their bikes who’d no doubt participated in the “Concours d’Elegance.”

I arrived during the Masters Criterium, and also saw both of the fixed gear races. Despite a decent bit of searching, and it being a couple of days since the race, I’ve struggled to find the results of the fixed gear crits. Based on the event’s Facebook video, I think it was Rafaela Lemieux who won.

The one person I did recognise was Keira McVitty who finished 7th. She was on her own in the last few laps neither being able to reach the group in front, nor slowing enough to be caught by the larger group behind. I mention her because she’s does a lot on YouTube (her video from the evening is here), and she also features heavily in the latest episode of The Espoir Diaries for Friends of the Cycling Podcast which is a great series for subscribers following a household of young British riders finding their way in Belgium.

In the men’s fixed gear crit Alec Briggs of Team Specialized Rocket Esspresso took the win thanks to some good teamwork.

In the women’s Elite race Louise Heywood-Mah of Les Filles Racing Team rode away from the race early on, and then managed to keep the entire chasing peleton at bay for the rest of the race. She had nearly 40 seconds on them by the end, which isn’t bad for a course that they were getting around in 90-120 seconds a lap.

In the men’s race, Rob Scott of Team Wiggins tried to do something very similar. He went away early, and held off the peleton for most of the rest of the race. However team JLT Condor were very strong, and they packed the chasing group. Rising British superstar Tom Pidcock stayed close to JLT Condor’s train, and when it came down to finishing sprint it was Ed Clancy who just managed to hold of Pidcock to take the win.

Taking photos of very fast cyclists at night is always a challenge and I’m always learning. I was using an A77 Mk II and an A77. I started with my Sigma 70-200 lens, and even tried a 2x lens converter, but I lost way too much light. This event starts in the daytime, but the Elite women’s and men’s races begin as the sun is setting and finish after it has gone down. While the organisers put up some additional lighting, you are mostly wrestling with streetlights. On Saturday, there wasn’t even that much good light during the daytime as it was overcast and there was even the occasional drizzle.

I used shot mostly with my 16-50mm lens once I’d packed away the bigger one. I tend to need two flashes as my better F58 flash will overheat after too much use. So I switch to an older less powerful flash for a while, and then switch back when it’s had a chance to cool down. One way or another, this is a type of photography that requires as much low-light capability as your camera will give you.

I shot many of these images as JPGs and to be honest I should have stuck with RAW. I would normally shoot everything in RAW, but when you’re taking bursts of photos, the time between the camera emptying its buffer and writing to the SD card really matters. My cards are pretty fast, so I’m at the mercy of a camera that is a few years old now. However, thinking about it, the limitations of many flash exposures I can manage in a short period means I should have stuck with RAW. The photos mightn’t be quite as noisy if I managed that. 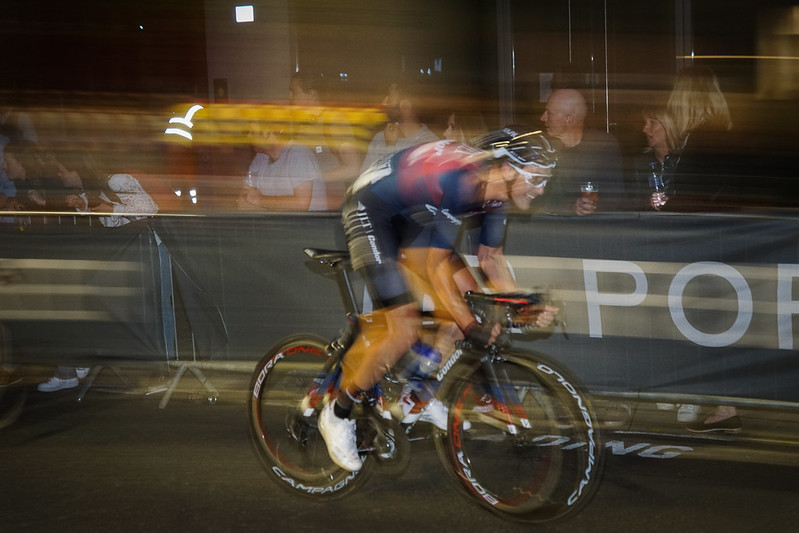 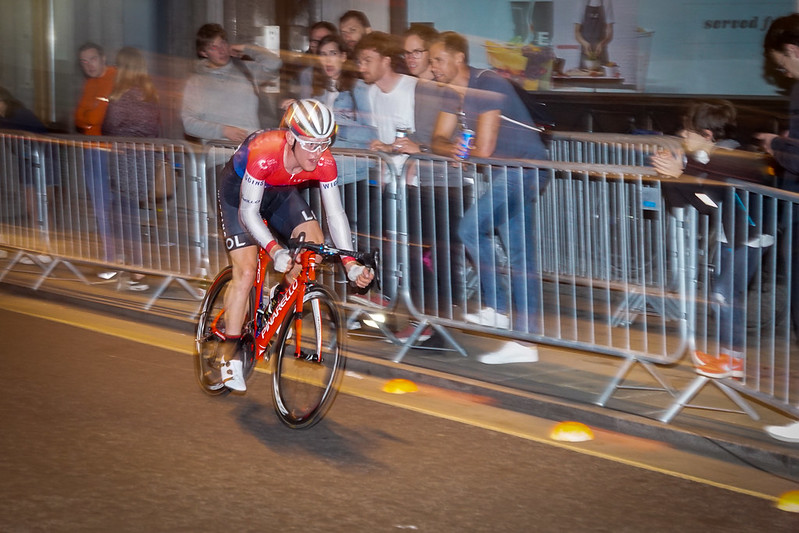 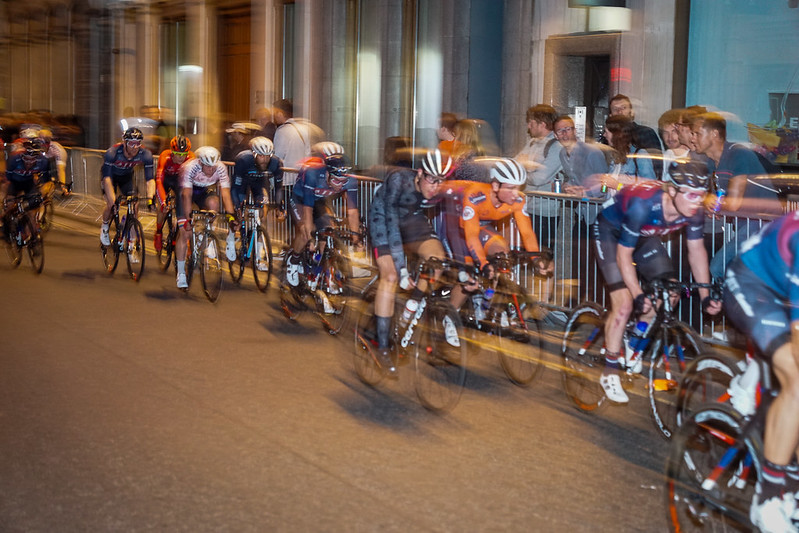 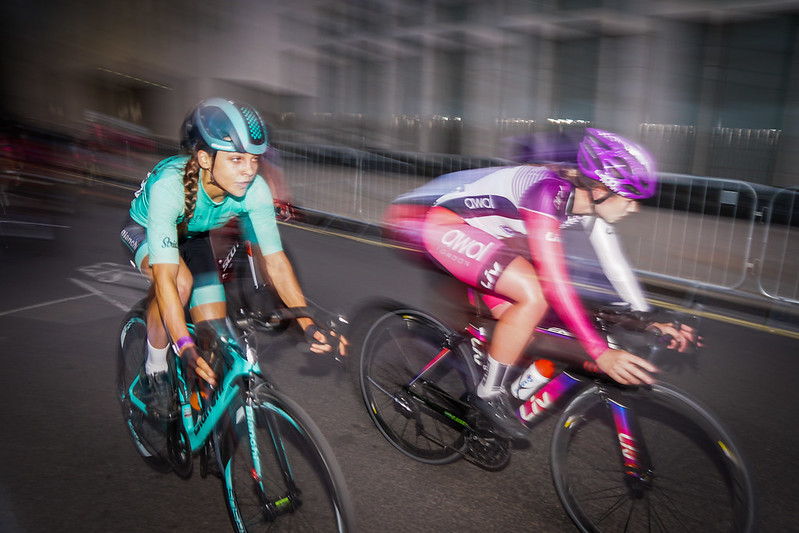 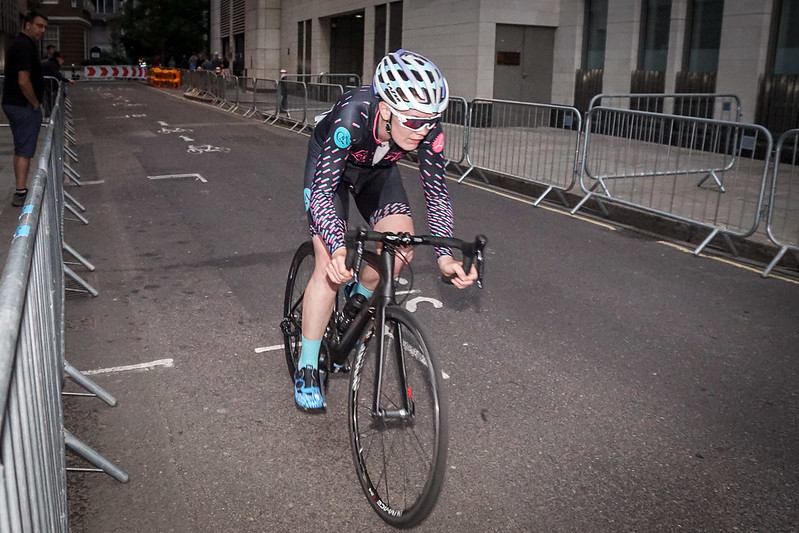 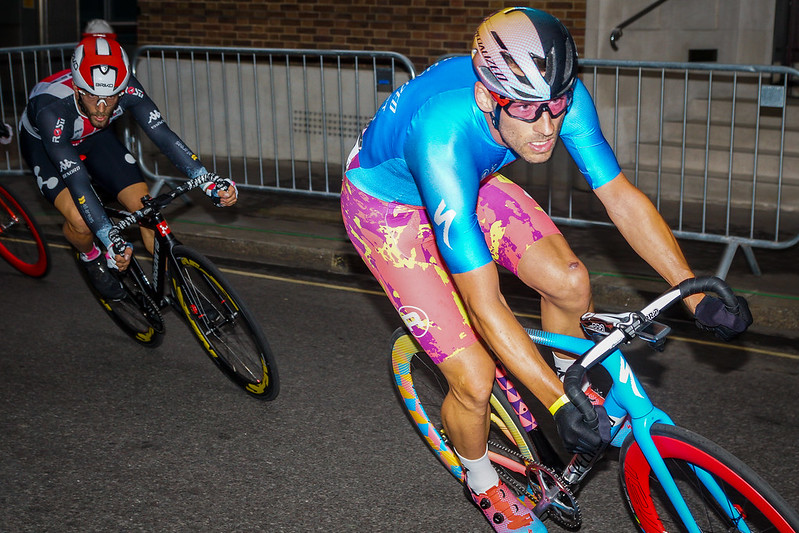 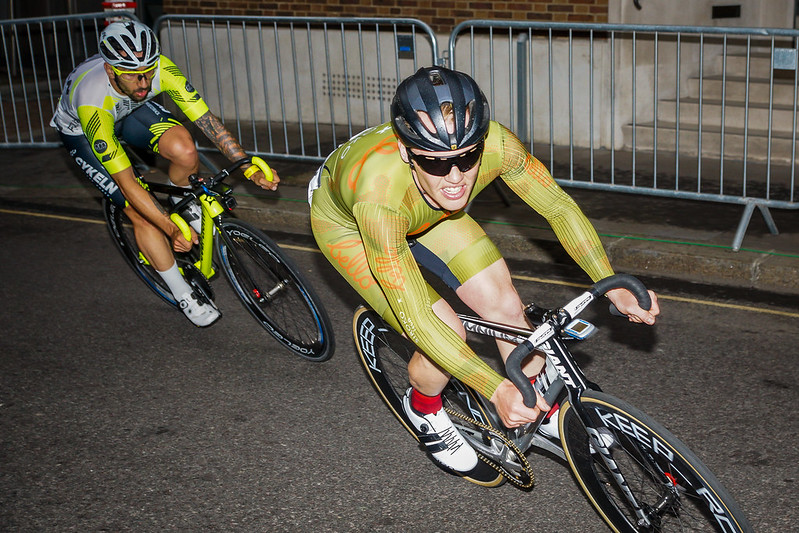 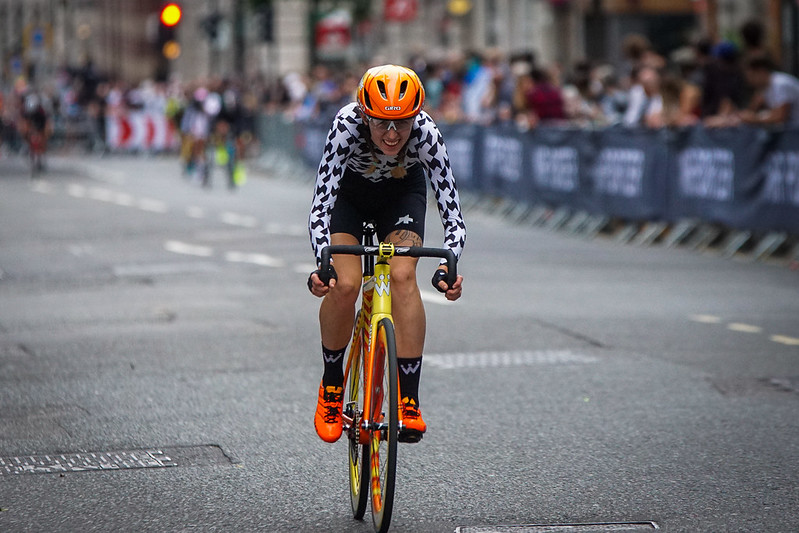 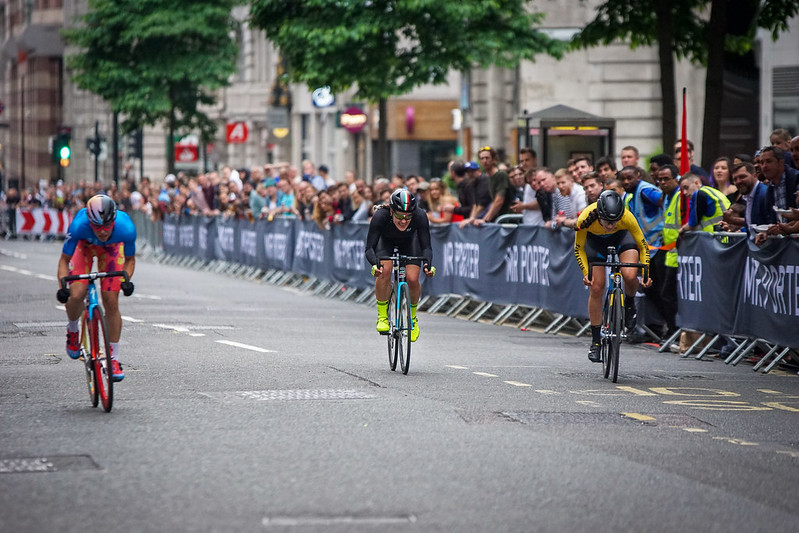 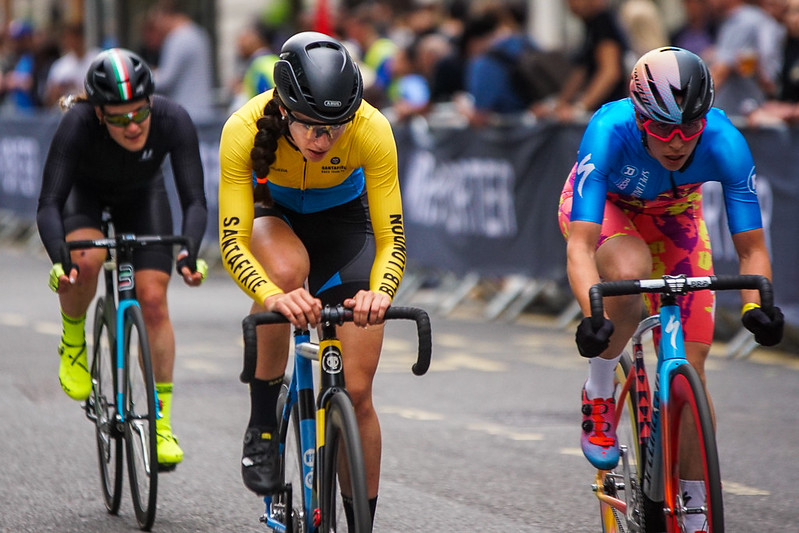 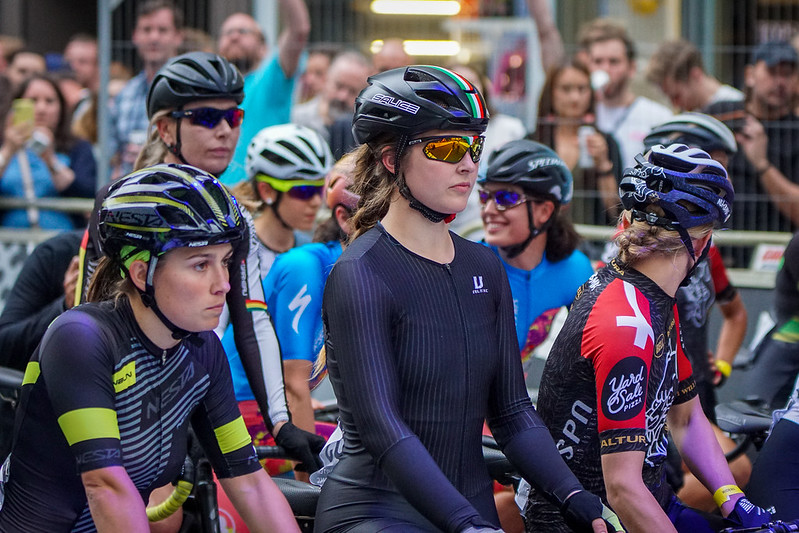