The Future of Cinema 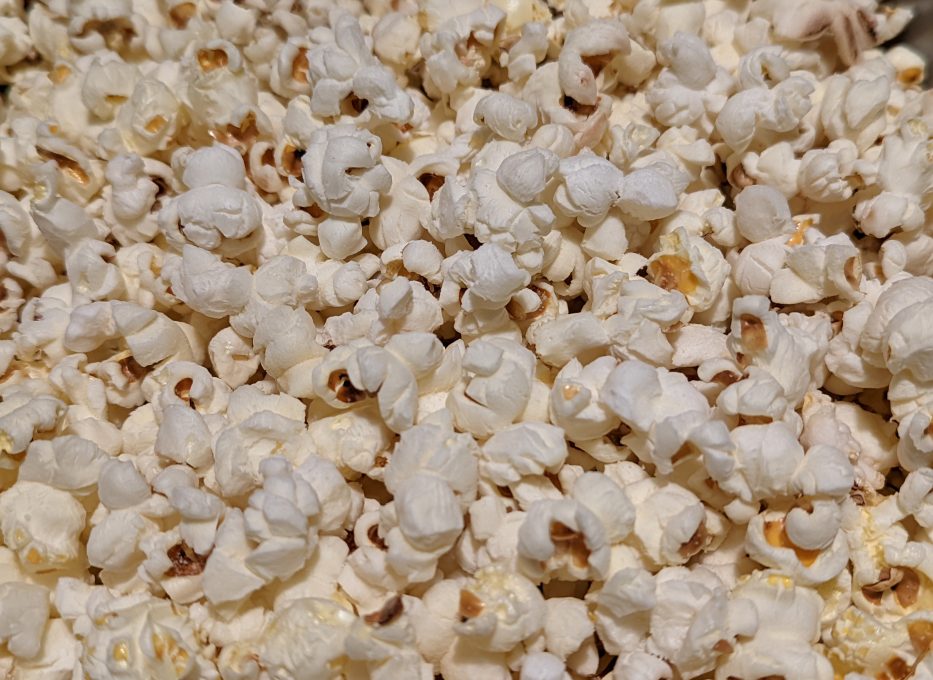 Sometimes, when you experience shabby service, you just have to call it out. And as someone who loves to see films in a cinema, that’s what I’m doing here.

But first some backstory.

The global pandemic has hastened something that had already been happening prior to the start of 2020 – a complete upsetting of how films are distributed and presented.

In the US, companies like Warner Bros used Covid as an opportunity to promote their own streaming platform, HBO Max, but releasing their entire 2021 slate simultaneously on their streaming platform, ‘day and date’ with their movies’ theatrical releases. Some directors like Dune’s Denis Villeneuve were unhappy, but Warners just paid out since despite the cost, Wall St and shareholders are looking towards building streaming service subscribers ahead of regular studio profits.

Meanwhile at Disney, they’ve been busily moving many of their Pixar films out of cinemas and straight to streaming on Disney+, while other releases both from Disney and 20th Century are finding their way onto the platform after very short theatrical windows.

While HBO Max hasn’t launched in the UK – yet – we have seen changes here with films from big studios ending up being ‘Home Premieres’ very quickly after their cinema releases, with £15.99 being the rental price that many have fallen on. [An aside: This makes sense for family viewing, but as I’ve written before, prices me out as an individual. I’ll wait for either it to show up on another platform or buy the Blu Ray.]

And around the edges, anything that doesn’t have built-in IP – in other words, anything that is not already a known franchise – is finding it more likely that they’ll be sold to Netflix, Apple or Amazon. Some titles are getting limited theatrical releases of a few days or a couple of weeks, in the main to assuage prestige directors that their projects will get some kind of big-screen release. But unless you live near a big city, you’re only going to be able to see them on a streaming platform.

Elsewhere, we’ve seen Comcast’s Sky battle to shore up its film offering. When Sky started, it was built on sports and movies. The gloss of the movie side of things has come off as where once you could pretty much be sure to see everything on Sky, many films are redirected elsewhere these days. Marvel movies going first to Disney+ being the prime example. So, Sky has been busy investing films and in 2022 they’re promising a ‘Sky Original’ every week of the year.

Sometimes these will be acquisitions of films that might be marketed in places like Sundance. Promising Young Woman and the recently released Mass seem to fall into this bucket. Other times, they in effect ‘direct-to-DVD’ fare. In the last 12 months it’s been interesting to see how Sky has been able to release a new film each day on its Sky Premiere service. Since the supply fairly dried up during the pandemic, Sky has had to reach deep into the well to find new things for viewers. Fortunately, there’s always another budget horror film to be found, and previously unheard of animation franchises are surprisingly plentiful. Drawing deeper into the well means finding Russian action pictures and Polish crime dramas – at least increasing their range and diversity (I guess that the specialist Indian language channels all have big deals to tie up major Bollywood productions exclusively).

What Does This Mean for Theatrical?

All of this means that the business of actually running cinema chains is getting more and more precarious.

There are still good revenues to be generated with theatrical releases. Spider Man: No Way Home has just reached $1.7 billion global box office revenues (and counting) making it the 6th biggest film of all time. But beyond super-hero films, and big science fiction franchises, what are cinemas supposed to show the rest of the time?

One way forward – perhaps the only way – is to improve the quality and service that only a cinema can offer you. That could be more luxurious seating, and better food and drinks.

That definitely means investing in the best projecting and audio reproduction possible. Cinemas need to offer consumers something that they can’t get at home. When supermarkets are selling relatively cheap 60”+ 4K TVs and pairing them with soundbars, the home viewing experience can be very good indeed.

We’ve seen chains like Picturehouse and Curzon take up the mantle here. I can’t say I’m completely in favour of waiting staff ducking in and out of the cinema to serve patrons drinks in their seats, but more luxurious seating, more comfortable surroundings – perhaps a nice bar or café to meet in and talk about the film before or after – are all great directions to be heading in.

At the more popular end we’ve got 4DX nonsense for dumb action films, or so-called IMAX in multiplexes for the larger screens which at least promise a certain level of viewing quality. (IMAX diluting its brand is another story for another day.)

On the other hand, carpets sticky with spilt soft drinks, popcorn not cleaned up from the previous screening and broken seats or air conditioning are not things that are likely to make me rush to go back to the cinema.

I write all of this because this weekend I went to see the new Guillermo del Toro film, Nightmare Alley.

It’s a gorgeous work, telling the story of a carnival worker who’s bit of a huckster and being particularly sumptuous to look at. Del Toro’s psychological thriller based on William Lindsay Gresham’s 1946 novel invokes the best of Hollywood’s film noirs from the thirties and forties. While he’s made this in colour rather than black and white, it’s notable that in the US, you can go and see a black and white version of this film.

Unfortunately, at the multiplex that I went to see this film at, the projection was less than ideal.

It became noticeable when I sat down during the adverts and trailers before the film that things weren’t going to be great. (Incidentally, adverts before a film really don’t make for a ‘premium’ offering, and I say that as someone who once worked for a company that also included Pearl and Dean in its portfolio. There are no ads on Netflix.)

To my untrained ears, it sounded like one of the main speakers wasn’t working because many of the ads which are only played in stereo sounded a bit bass-light and quite tinny. Furthermore, there was a very audible hiss apparent when there was little other sound. I reckon a key ‘centre’ speaker behind the screen had blown completely. The hiss was caused by this, and I was only hearing audio from other channels.

I was hopeful that the ads and trailers were using a separate source, and once the main film started, the problem would go away. Maybe it wasn’t the speakers so much as a dodgy wire to a speaker that was the problem.

Sadly, that was not the case.

I was just fortunate that the film utilised more sound channels than the ads, so that any shortcomings in bass were mostly mitigated by the working surround speakers. The dialogue at least was not tinny.

But Nightmare Alley is not a loud film. There aren’t big action set-pieces with loud music accompanying them. Nathan Johnson’s score is terrific, but doesn’t overpower things. And in those quieter scenes, the speaker-hiss was incredibly apparent.

I nearly ducked out of the cinema to see if anyone could fix it. I’ve done this before when there are problems. I was once in a packed screening of an action film, and seemingly I was the only person to notice (or care) that the aspect ratio was wrong and everyone was squashed. The problem is that you have to explain the issue to a member of staff who is definitely not a projectionist and then they have to radio the single person who can operate the multiplex’s projectors and these days probably isn’t trained much beyond pressing the right button to start the film. In the meantime, you’ve missed five minutes of the movie.

So, I didn’t go out to try to get things sorted; a wise choice as it would turn out.

Furthermore, there was a projection issue.

About a third of the way in from the right of the screen, there was a very obvious line running down the screen and in one of the early shots of Nightmare Alley as Bradley Cooper walks while the sun sets behind him, it’s clear that the colour cast of the right third of the screen was different to the left two-thirds. I’m not sure what type of digital projector was in use or how many bulbs it employed but there was clearly a significant issue.

At the end of the film I went to complain to members of staff, and it quickly became apparent that they knew about the speaker problem. I was told that a speaker had blown. One of the more senior members of staff apologised and gave me a token for a free ticket to see something else.

It seemed evident in speaking with them that the problem wasn’t something that had just happened that day, but had been like that for a while. Nobody was saying how long. I wasn’t the first person to complain either, although nobody else in the screening I’d been it had bothered to stop, which probably goes someway in realising why these issues persist.

But you have to question the management of a cinema chain that just expects patrons to put up with inferior sound and video reproduction. Why should I spend more than £10 (a discounted price at that!) to see a film in inferior conditions to the way I could watch it at home?  My screen mightn’t be as big, but there’s no line down the middle and my speakers do not hiss. I don’t have as many surround channels, but I have a few, and my centre speaker works just find.

If I return to that cinema, I will need to make sure that anything I see is not in that particular screen, because I simply don’t believe that they’re in a rush to fix it.

And that gets me back to cinema’s existential threat.

Yes – James Bond and Spider Man will fill seats, but the next superhero film isn’t out until March as far as I know, and Scream reboots probably aren’t going to make that big a difference. Cinemas need people like me who are happy to pay to see Licorice Pizza in a cinema rather than waiting for it to show up on Netflix or Amazon in a couple of months.

I’m lucky to live in London where there will probably always be premium options for going to cinemas where projection standards are still good, and smaller chains do work hard to provide a better experience.

But the multiplexes where most people see films are surely under threat? The pandemic did mean some of the chains were teetering a little. It’s bad enough that nobody polices people reading their phones mid-film, and that snacks are priced at exorbitant levels.

I fear for cinema, and that owners treat it like many ‘legacy’ media before it, milking everything they can out of its last days, under-investing in even maintaining their assets, until, finally, the site is osld off and the land is acquired for housing developments…