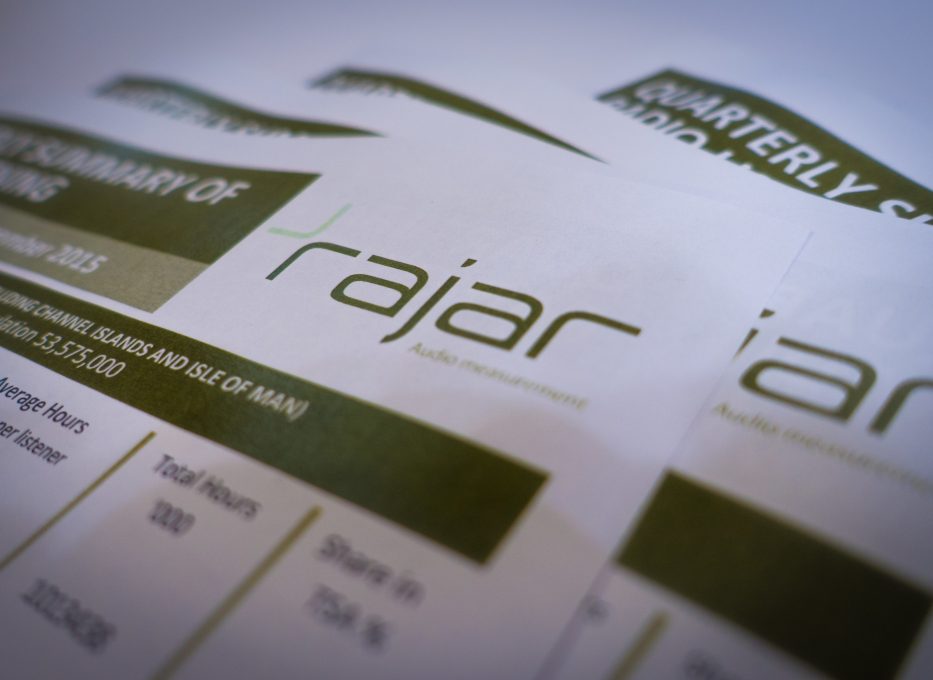 A brief reminder that this is only the third set of RAJAR data since collection resumed following the pandemic. That means once again, I’m only really looking at quarter on quarter changes.

The methodology continues to evolve due to how samples are collated, so quarter on quarter is the only comparison that can be reliably made.

Reach remains at 89%, no change on last quarter, and hours remain at just over 1 billion a week. That means that average hours per radio listener are at 20.4 hours a week (up 0.1 hours since last quarter).

Overall BBC Radio reach fell slightly from 62% last quarter to 61% this time around, although average hours are up from 14.5 hours a week to 14.7 hours a week.

As you can see, the BBC maintains a slight advantage over Commercial Radio in terms of share.

The big story this quarter is actually that youth brand stations like Radio 1, Kiss and Capital all saw some of their all-time lowest listenerships. I’ll dive into each of those stations in turn below, but it’s worth trying to see what the demographic reasons could be.

Since all of those services broadly speaking targets 15-34s (and younger), that doesn’t help explain things. However, hours did fall – down 8.3% for 15-24s in particular to 65m. So this group is still listening to the radio, but just not as much. And that means that perhaps a listener who used to listen to Radio 1, Kiss and Capital, is now listening to slightly fewer stations, resulting in each station seeing falls in listenership.

It’s a subtle thing, and almost certainly it’s listening that’s being replaced with streaming audio – and quite probably streaming video too.

Last quarter I noted that overall listening patterns had changed slightly since RAJAR measurement had resumed post-pandemic. It’s important to note that even though many people returned to work (if they hadn’t already) during Q1 2022, there was an uptick in cases during the early part of the year. Nevertheless, if you compare this most recent quarter with the previous quarter, there’s a slight increase in listening during the breakfast peak.

That little gap between the blue and red lines around 8am shows increased breakfast radio listening. That in itself probably means more people getting up in time for commutes and school runs.

That doesn’t mean that Ken Bruce isn’t the biggest show on the radio however, with 8.9m listeners between 0930 and 1230, compared with 7.4m for Zoe Ball between 0630 and 0930. Whether that gap is ever closed is another question, since the nature of the UK workforce has changed post-pandemic, while working from home at least some of the time looks to be in a lot of our long-term futures.

Back in December GB News launched on DAB, simulcasting the audio of its TV station on the radio. It has a first RAJAR result of 239,000 listeners a week.

To be honest, the big story is probably the falls in listening on Radio 1. It’s reach is down 6.0% to 7.7m, while hours have fallen 11.7% to 47.6m. Those are both all-time lows. The losses look to be fairly consistent across the day, with Greg James down 7.9% at breakfast to 4.1m, Rickie, Melvin and Charlie down 12.4% in the mornings, Scott Mills down 4.5% in the early afternoon, and Vick and Jordan down 7.5% in drive. Clara Amfo is down 4.9% in reach at 1800, but actually put on some hours – better than any of her earlier daytime colleagues. Meanwhile evenings actually saw a gain in reach, up 3.2% across all the various specialist shows that run after 2000.

To be honest, the fall feels a little too sharp to me in one quarter. But it could still be indicative.

The talkSPORT family of stations did well with talkSPORT up 3.7% in reach to 3.0m while hours rose 1.7%. talkSPORT2 was up 29.6% to 504,000 reach with hours up 29.6% to 1.1m (obviously big percentages from small bases for a station heavily reliant on the “overspill” sport it has from the main station).

Considering that Kisstory is DAB-only and Kiss still has a number of FM licences, might it actually make sense to switch Kiss and Kisstory around on FM? I suspect an older FM audience might drive Kisstory’s numbers up.

Global, Bauer and Everyone Else

The two big commercial groups are Global and Bauer, with each selling not just their owned and operated services, but a number of smaller ones too.

I thought it was perhaps worth examining them in context with one another.

Bauer, who have just promoted Richard Dawkins to President of Audio, saw its own reach increase by 1.5% to 19.7m reach, with hours falling very slight, down 0.3% to 172.8m.

Global Radio has three sets of numbers – for stations it owns, for its own brands (which includes a handful of licenced station brands owned by others), and for stations it sells. I’ll just compare the first two for the purposes of comparison here.

If you then add in stations it sells and licences branding for, it was also flat in reach, but with 25.9m listeners a week, listening for 242.0m hours (down 0.4% on the quarter).

Here’s a simplified commercial radio market share chart based on these numbers.

While they’re a distant third, that Wireless chunk of listening is not insignificant.

The official RAJAR site
Radio Today for a digest of all the main news
Matt Deegan always has great analysis, and you should probably sign up for his Substack email
Media.Info for lots of numbers and charts
Mediatel’s Newsline will have analysis
BBC Mediacentre for BBC Radio stats and findings
Bauer Media’s corporate site
Global Radio’s corporate site
Radiocentre’s website

All my previous RAJAR analyses are here.

Previous Story:
Podcast Listens or Listeners? What’s the Difference and Why It Matters

Next Story:
After Steve by Tripp Mickle