More On Cars (And Mobile Data) 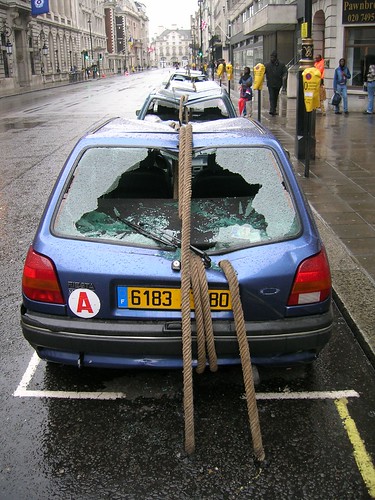 CES has been taking place recently and one of the themes seems to have been the increased amount of sophistication in the in-car audio market. In particular Pandora is getting a lot of support from major manufacturers like Toyota and Ford. But there are plenty more besides.
Last month I wrote a piece about in-car listening in the UK. I tried to compare the UK’s 19.3% share of radio listening taking place in-car with the US, but it quickly became clear that getting accurate data to compare wasn’t going to be straightforward.
Now this raises a number of questions. Firstly, I think I need to take issue with some of the stats being bandied about. In this piece from the BBC’s Maggie Shiels at CES, Pandora’s founder Tim Westergren is reported as claiming that “Half of all radio listening is in the car. If you want to be a truly anytime, anywhere complete radio solution for someone, you have to have something for the car.”
While that sentiment is certainly true, the “half of all radio listening is in the car” statement is almost certainly not true. I bow to the superior knowledge of Vision Critical’s Jeff Vidler and Edison Research’s Larry Rosin who commented on my previous piece to between them point out that in the US, Arbitron doesn’t actually measure in-car listening (PPMs aren’t smart enough), but that the last data for 2008 gave a 35.5% share of listening as being in-car. A substantial amount, but not nearly “half.”
Secondly, and perhaps more pertinently for the UK market, following the retrenchment of T-Mobile in the last few days to offering only 500MB like most of its peers in the sector (although they now say that current subscribers will maintain their contracted entitlement of up to 3GB a month, at least until the end of their current contracts), listening to a significant amount of in-car audio in the UK delivered via mobile phone networks is pretty much a non-starter. While there are differences of opinion about how much internet radio you can stream a month with a 500MB allowance, it’s clearly not enough.
Global’s Nick Piggott calculates that you can perhaps listen to 34 minutes a day for a month on a 500MB mobile data plan, but unfortunately, UK radio consumers currently listen for an average of two and a half hours a day.
The mobile networks tend to be more concerned about video than audio, although that’s still an issue for them. I wonder how these moves will play with car manufacturers who are investing significant amounts in implementing in-car internet listening devices which their customers probably won’t be able to afford to use for any meaningful durations? And where does that leave the mobile advertising market? The geo-location facilities that an always-on internet enabled smartphone offers for mobile marketing suddenly aren’t so attractive if consumers are scared to even switch on data for fear of running up huge bills if they stray over their monthly data quota.
It’ll be interesting to see how this plays out over time. In the meantime, the radio industry probably does need to maintain a broadcast model…
[Update] James has written about this too!
[These views, as ever, are mine, and don’t necessarily reflect, blah, blah, blah]

4 Replies to “More On Cars (And Mobile Data)”