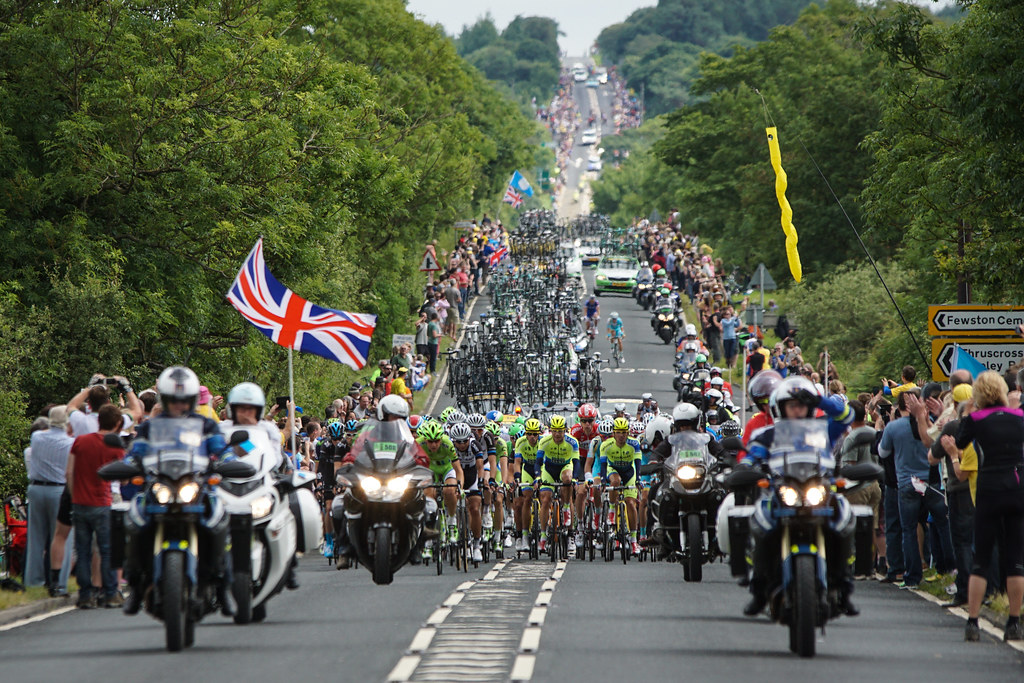 And by that, I mean “following it from afar” not being at the race itself.

The Tour de France takes place over three weeks, including four weekends. That equates to 21 stages and two rest days.

If you’re not on a roadside somewhere watching the race, then you’re going to be following the race remotely. The question is then, how do you do it?

Your first choice is to decide whether you’re going to watch live or wait until the hightlights. Or both.

Following the Tour today is a multimedia affair. Broadly speaking you can:

– Watch on TV. In the UK that means ITV4 or British Eurosport, which both carry live coverage. They both have streaming options. Interestingly, the £3.99 a month Eurosport player also has live streams from the different camerabike “Motos” so you can stick with a particular group. Think of this as a red button option. This isn’t available on Sky Go which otherwise offers Sky subscribers online streaming of British Eurosport 1 and 2.

– Follow on social media. i.e. Twitter. There are loads of official and unofficial accounts from the organisers and the teams themselves. More often than not they Tweet in English.

– Follow on a website. You have the official Tour de France site, plus others, again including the teams and sports newspapers and sites. We’re also finally seeing the fruits of an agreement between Tour organisers ASO and Dimension Data. This week saw the launch of a beta website that allows live tracking of all the riders. This year, for the first time, GPS “trackers” are attached to riders’ bikes just behind the saddle, and they ping data to nearby officials’ vehicles which then relay that data on via the aircraft that overfly the Tour, to a collection point at the finish. The data is cleaned, analysed and presented.

– Follow on the radio. In the UK, the stage finishes are on Five Live Sports Extra… except when it clashes with the Ashes (like today), when it’ll be streaming online.

– Follow on podcasts. There are loads of podcasts. The Inrng went through some of them this week. I listen to at least three (The Cycling Podcast, ITV’s TdF Podcast and BBC Five Live’s Bespoke), with The Cycling Podcast being the runaway winner. They’re attempting two podcasts a day this year, with one of them being more feature-based. Really well put together, and it must be an awful lot of work to get this kind of quality turned around that swiftly. ITV’s is a more relaxed version of the end of their programme, often having a bit more time for analysis and squeezing a couple more interviews in. Five Live’s is a more basic wrap up, but also with post-race interviews.

In reality, it’s a combination of all those things. I think you do have to make a decision as to whether you’re going to try to have a news blackout when watching the highlights in the evening, or go in knowing what happens.

Personally, I find this can vary. If I go in “blind” – as I did on Wednesday – then I have to swear off social media for several hours, otherwise I’ll find out. I also have to avoid sports bulletins, which in the UK are likely to report any British success, and probably ignore the race if there isn’t.

My preference for highlights is ITV4. While I think that the Phil and Paul commentary might have past its best, I think I still prefer it to the Eurosport duo of Carlton and Sean. More than that, the pre- and post- race production is better on ITV4, although Eurosport has invested a little more in this in recent years with Greg LeMonde and recent retiree, Juan Antonio Flecha. ITV also has more resource to actually edit the story together for their package, rather than simply run the final x minutes of the race to fill the time available.

My only issue with the live coverage is the frequency of ad breaks and their length, and the repetitious nature of the promos in particular that surround the ad-breaks (ITV: I know The Cycling Show is back. Please don’t tell me any more! There were two promos for it within one hour of highlights on Thursday!).

I’m really looking forward to playing with the Dimension Data website. The TV feed has featured some of the live data on-screen, but I’ve not always been convinced that it’s entirely accurate so far. When they were comparing Froome and Nibali on the Mur de Huy the other day, it was clear that Froome was going faster, yet Nibali was often shown to be moving quicker. A delay in the feed and change in gradients may explain some of that. It should really come into its own in the mountains when riders are blown apart. I hope the website is mobile optimised!