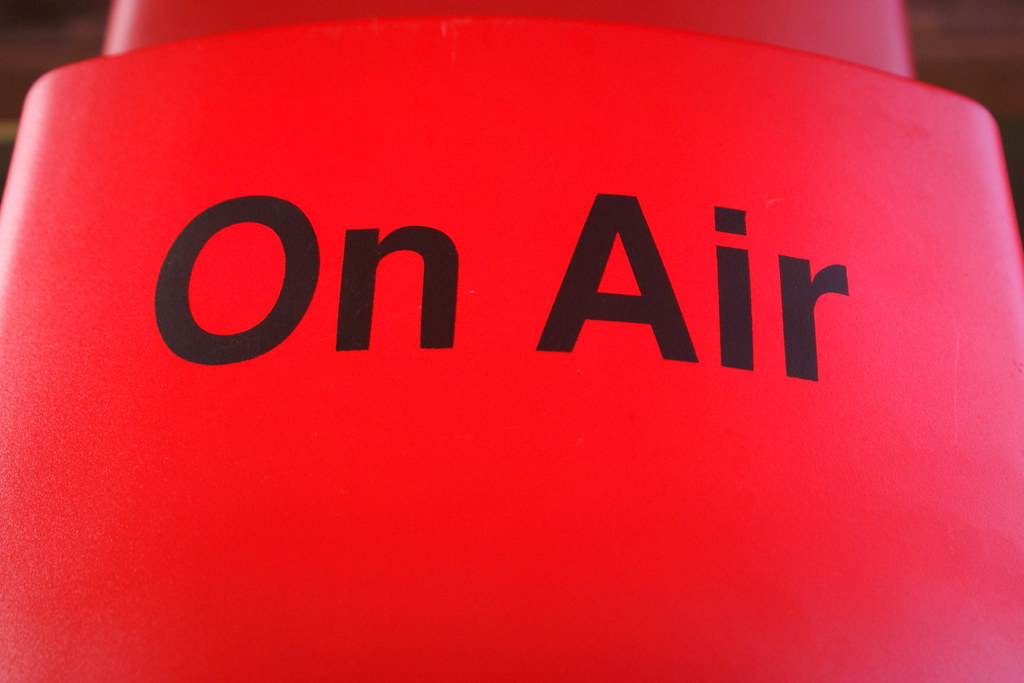 I’m a regular reader of Nick Quah’s Hot Pod newsletter on Podcasts. It’s worth subscribing to if you’re interested in the medium, even if there are slightly too many animated GIFs in the emails!

A few weeks ago, Nick addressed something that goes back to a Digg piece from well over a year ago. As he rightly says, it’s still a relevant question.

The Digg piece by Stan Alcorn in essence says that it’s a visual issue. And it’s true that if someone sends you a YouTube link you can quickly see a still frame chosen to whet your appetite and hit play. An animated GIF takes no effort to see. Even a bit of text can be quickly scanned, and accompanying pictures seen.

Audio, on the other hand, takes some effort.

You have to hit play and hope that however it’s titled is an accurate description. You can’t scrub ahead to what you perceive as “the good bit,” as people do with YouTube videos.

There’s a Digg revisit up now, and Quah goes on to make his own points. And the piece was followed up the following week – I suggest going away and reading up on the subject if you’re interested.

But I’d just like to offer a few thoughts of my own on the matter, and they boil down to audio actually being harder “to do” than video.

(Of an image, video, piece of information, etc.) circulated rapidly and widely from one Internet user to another:
‘a viral ad campaign’
‘the video went viral and was seen by millions’

The definition doesn’t specify it, but I would suggest also that something that goes viral is also quite short. That’s a relative term of course, but we’re not talking about longform here. Serial might be popular, but would you describe a multi-hour podcast as a “viral hit?” I’m not sure you would. I’d simply describe it as a hit.

Most commonly, when we think about something going viral, we’re thinking of video. And when it comes to a viral clip, it’s either professionally shot, by which I mean the source footage comes from a TV station, a production company or agency, or shot by an amateur – probably on their phone. (There are many other types of video of course, but I think this accounts for a substantial portion of viral videos.)

Yet even clips that are shot professionally are as often as not, spread virally by a viewer. The TV company might work hard to share their own clips and with pre-recorded programmes that’s very possible. Hence Lip Sync Battles and Carpool Karaoke. But if an amazing goal is scored, or a presenter inadvertently tells a reality show contestant that they’re out of the competition before they should have, that probably happened live, and the producers may not want to share the clip or in the case of sport, even have the rights to make it widely available in social media.

But for the viewer, sending that clip to the internet is easy. Somewhere a viewer hits rewind on their PVR. They point their phone at their TV and record the action. Within a couple of clicks, they’ve sent it to Twitter/YouTube/Facebook/wherever and it’s out there. There are better ways to do it, and in higher quality, but this is instant and it works.

Sure, the Premier League/ITV/Sky/HBO/Disney might get the clip taken down in due course, but someone’s put a copy up, or they’ve shot their TV from an odd angle and talked over the audio. The clip gets out there. If it goes viral, it’s watched by millions.

Maybe a couple of days later, the rights owner gets YouTube to replace to the unofficial video with their official one. But it’s probably too late by then.

Meanwhile, if the video is of your mate doing a silly stunt, or you hearing a racist outburst heard on a bus, or seeing a horrific terrorist attack in a city, then a phone is all that’s needed. Again, you get viral success if all the planets are aligned.

Suppose Nick Grimshaw says something funny on his Radio 1 Breakfast Show. It’s really entertaining and you want to share it instantly.

Well Radio 1 might put it up themselves – indeed they might share some video. A producer or someone in charge of station’s social media is probably sharing a few clips, and they might be doing it really well, perhaps with visualisations. There are some excellent examples of this where studio video or even animations have been used. And there are a number of platforms available to radio stations that allow them to share audio clips E.g. Omny.

But the station gets to choose what goes up. And they might not choose to share the clip you’re interested in. Social media managers on radio shows and stations are wary of posting too much in social media over too short a time. They ration what they post so as not to overwhelm their social media followers.

And anyway, a radio clip “going viral” should not solely be in the hands of the show’s production team. As mentioned, that’s not what always happens in video, and indeed it’s a limiting factor on sending audio viral if only the original producer gets to choose.

If a listener wants to share something they heard on the radio with their friends and followers, how do they do that? They can’t just hit rewind on your radio. Yes – a handful of DAB sets do have this function. But most don’t.

For the large part, broadcast radio disappears into the ether.

A listener might be able to get the audio by waiting until the programme has finished and grab either a podcast, or rip the audio from Listen Again if it’s available. The latter in particular is not a straightforward process, with the majority of stations simply not offering it. But if it is available, and the listener has the technical knowhow to rip that audio, then they can pop that audio into an audio editor. Because everyone has access to one of those and knows how to use it don’t they..?

Then they edit their viral clip – now probably at least two hours after it went out – and share it on YouTube accompanied with a still image, since they’ve actually made a “video” because that’s what the most obviously site for sharing clips – YouTube – wants. Otherwise the likely candidates for hosting the clip are perhaps Soundcloud, Audioboom or someone else.

That’s all really quite hard and the spontaneity has gone.

There is a service called Rewind Radio which would seem to create a solution. They’re effectively an online radio clipping service, allowing you to find an audio segment on your chosen service, and clip the audio. The resulting clips can be embedded or posted in social media. E.g.

I’m not sure whether the service is designed for consumers or radio stations themselves. Nonetheless, I was able to make the above clip without registering.

The main problem is that again, it’s down to stations to get themselves listed and therefore recorded into their system. I could find BBC Radio 1 for example, but couldn’t find BBC Radio 2 or BBC Radio 4. And there is also a bit of a time-delay issue. In my test, I couldn’t link to audio newer than that from nine hours earlier.

[And I hate to mention it, but we have to think about copyright. Can I just embed or tweet a single song clip? Music is a big part of most radio after all.]

Well it’s possible. But an iTunes link doesn’t cut it because not everyone has an iPhone (see previous blogs by me ad nauseum). And some podcasts don’t have a site for streaming them. They should. But they don’t.

Even if they do, it’s remarkably rare for those players to have functionality to allow sharing to a specific point in a show – something that’s essential if you’re pointing someone to a moment in a three hour breakfast show.

There are companies like Overcast and Acast who can do the job for you with podcasts, and even let you link to a specific spot in a podcast (e.g. Here are Tom Hanks and Steven Spielberg in interview on the a recent Kermode and Mayo podcast, with a timestamp to take you directly to the interview). But you have to know about Overcast or Acast to make that work. Acast’s link will also deliver an embedded player in social media which is smart, but at time of writing, Overcast links don’t do that. Overall, YouTube again has an advantage here.

In the end, many more people have YouTube accounts than Soundcloud or Audioboom ones. So sharing audio on YouTube is still the easiest place to go, even though that does mean making a quasi-movie first by adding a still and exporting a movie file to upload to the site.

WNYC in New York has been experimenting with “videos” of audio in Facebook feeds. But long-form podcasts feel wrong in such an environment. There are exceptions, but most shared video is a few minutes at most.

But what about amateur recordings? Those moments you deem interesting or newsworthy enough to share, and which might turn viral depending on what is being captured.

Well the truth probably is that if something amusing or noteworthy is happening around you and you have your smartphone to hand, you’re more likely to start the video camera rolling on it rather than the audio recording function.

Yes, if you’re getting nowhere in attempting to cancel your cable TV subscription and are recording the call, then you might go for the audio recorder functionality on your phone. But otherwise, unless you’re trying not to make it obvious you’re recording something, you’re going to reach for the video camera function.

In summary then, making audio go viral is hard because we are visual creatures, so that’s our first port of call. But audio is enormously powerful, so we need better tools to allow listeners to share audio – from radio, podcasts and life. And importantly, it needs to be shareable on the listener’s terms, not the service provider’s.

[Finally a top-tip: There used to be functionality direct in iPlayer to deeplink to a specific timecode in a given programme when sharing that link. That was taken out at some point, but you can still do it!

All you have to do is append #playt=xxmyys where xx is the number of minutes into the programme and yy is the number of seconds. So I might link to a point in this week’s Infinite Monkey Cage using this link: http://www.bbc.co.uk/programmes/b06r4wg9#playt=9m07s

So as long as you wait for a BBC programme to finish and be made available on the iPlayer, then that allows you to share a specific point in a programme. That’s not a wider solution by any means.

Thanks to Nommo for details.]