Live Football on the Radio 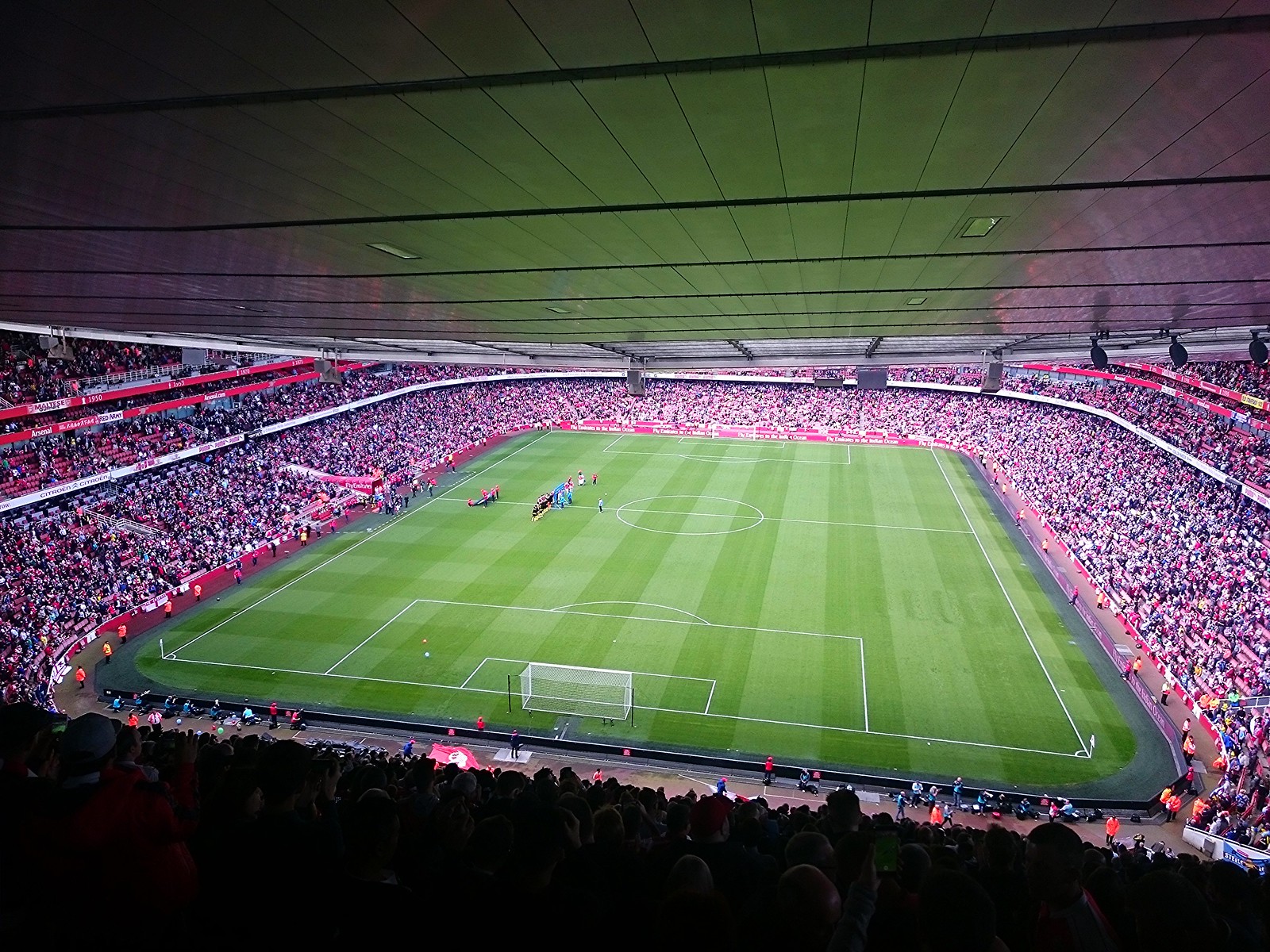 No, I’m not writing about the new Premier League contracts for UK radio. They do seem a bit overdue though, and I’m slightly sad that Absolute Radio has made clear that it’s not bidding for live coverage from next season. So I expect some kind of carve up between Five Live and Talksport, with Talksport 2 perhaps getting the Absolute Radio second choice 3pm on a Saturday while they do “around the grounds” on the main service.

No, I thought I’d write about a couple of my experiences of the (almost) final day of the Premier League this season. As ever, all the games kick off simultaneously at 3pm. Sky Sports tend to show about three of the games live on TV, while Five Live and Absolute Radio each broadcast a game on the radio.

I was at Arsenal’s final game of the season against Aston Villa. While most of the league had been decided, there was still a small chance that if Spurs failed to get a draw away against an already-relegated Newcastle, and Arsenal beat bottom-of-the-table and also already-relegated Aston Villa, then we’d finish ahead of them for the 21st season in a row.

Small consolation for underachieving in a very a hit and miss season that had season 5000-1 shots Leicester storm away with the title, but these things matter in North London.

There was also a small chance for Man Utd to just pip Man City to final Champions’ League spot. This was the fixture that TV and radio was most interested in. Gaining that spot makes a massive difference to the clubs involved.

So I brought my Pure Move 2500 DAB radio with me to listen at the game – primarily to discover what was happening at St James’ Park where Spurs were playing.

Now you might think that in this day and age, we’ve moved on from radio, and mobile websites and apps are where it’s all at. I could even stream Sky Sports on my phone with Sky Go.

Well that’s fine in principle, but have you tried to get mobile data in a venue with 60,000 other people? Let me tell you that it doesn’t matter who your operator is, or what kind of 4G they’re offering, you’re going to struggle to send a text or update Twitter. Unusually, we were sitting quite high up in the stadium and could probably “see” mobile masts from further afield, but data was a struggle.

So for the first half I put a headphone in my ear from time to time to see what was happening. Obviously there was confused news from Old Trafford where a security alert would lead to the game against Bournemouth being cancelled (It was later reported to be a dummy device that had been mistakenly left in the stadium after a private security company had conducted a test. I imagine heads will roll.)

Arsenal scored early to go 1-0 up, and I knew that Newcastle were leading against Spurs. Things were looking good. But it wouldn’t take much for Spurs to get an equaliser. I took my headphones out to be sociable.

When midway through the first half, the crowd roared, I knew that meant another goal had gone in for Newcastle. I popped my headphones back in and when Five Live threw to the Emirates, they reported that the crowd here had cheered the second Newcastle goal.

Then the presenters got a little supercilious. They noted that Five Live had reported the goal a good thirty seconds or more prior to that. Was technology actually slowing things down? With everyone using apps to get the score, they were doing so on a larger than necessary delay? The old-fashioned “wireless” was faster!

They had a point. We were getting our information slower. So for the second half, I didn’t remove my headphone.

Arsenal were still only 1-0 up, and although dominating, had not scored a second goal for safety. Meanwhile Spurs had got a goal back, and now Newcastle were down to 10 men. This wasn’t good news. It didn’t matter what the Arsenal result was if Spurs gained a draw. We’d finish behind them.

Then the crowd roared again. It was 3-1!

Except, I’d heard no such thing on Five Live. But the joyous guys in front were pointing at the goal on the BBC Sport app. On the radio, Five Live was confirming the Man Utd game to be off, talking about other games, and not mentioning Newcastle.

Finally they reported that there was a penalty at Newcastle and crossed to the game. We then got [delayed] commentary of the goal. It was indeed 3-1.

But that had taken a full minute or more to report.

Given the comments earlier, they couldn’t complain about fans using apps, while they were not instantly reporting goals!

Yes – it was a potentially very serious situation in Old Trafford where the bomb squad had been called to check a device that we now know was safe. But it’s probably not best to pipe up about how good radio is when it actually wasn’t nearly as fast as other means.

It was about then that I realised I was listening to the wrong station. BBC London carries a lot of Spurs games, so I retuned and listened to the rest of the Newcastle game enthralled, as Spurs collapsed and the commentators could hardly believe what they were seeing.

I was able to relay 4-1 and then 5-1 scorelines in rapid succession to those sitting around me – far faster than anybody else!

So yes, radio can be the fastest. But don’t oversell yourselves…

That all said, if any of the big Euro’s games go to penalties, switch on the radio. Things like HD encoding and satellite delays mean that you’ll hear the results on the radio a good 3-5 seconds ahead of television, even on DAB. So you’ll be put out of your misery faster!

And of course you should still always carry a radio to the final game of the season.

One Reply to “Live Football on the Radio”