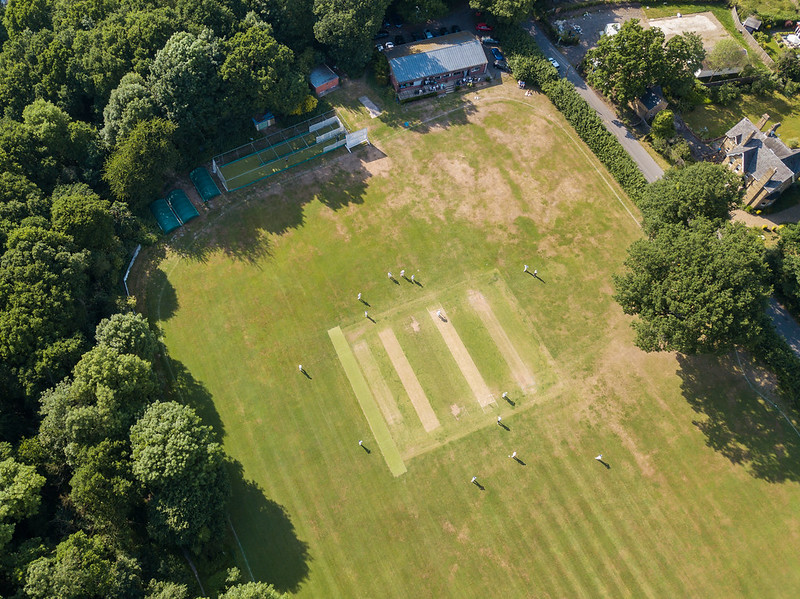 Long time readers will know that I’ve been playing with a DJI Phantom 3 Advanced for over two years now. I’ve posted a number of videos and photos from that drone in the past and I’ve been very happy with it. However there’s no denying that its size limits where you can take it. You do have to actively choose to take it with you – perhaps at the expense of other things. I’ve had the whole kit fit into a rucksack, but I need other baggage if I’m taking anything else with me. It’s especially limiting for something like a cycle ride.

So when DJI release the Mavic Pro last year I was very tempted. It has more sensors than my Phantom 3 Advanced. Notably my early mistake of crashing the Phantom into a tree wouldn’t be possible with this. And the functionality is greatly improved too with lots more modes making use of the available sensors.

Now I confess that I was actually pretty happy with the 2.7k camera of the Phantom. While 4k video is nice and future proofs myself, I don’t actually have any way to see it back at that resolution. My laptop isn’t that high a resolution and nor is my TV. In any case, there are limits to the bitrate it records 4k at, and I suspect I’ll be using 2.7k to a larger extent with the Mavic.

One other consideration was the ultraportable DJI Spark which has just been released. This only shoots 1080 but is tiny and is a true go-anywhere drone. The arms don’t fold smartly like the Mavic, but it’s very pocketable and is the sort of thing you can easily keep in the bottom of your bag. I suppose my biggest concern was its performance in windy conditions. The UK doesn’t always have perfect drone flying weather, and while I’ll always avoid the rain, bigger beasts tend to be a bit more solid in the air. That said, in some of the YouTube reviews posted, it looks like it performs decently.

Another consideration is the likelihood that DJI will release an updated Mavic at some point soon. The Mavic Pro was released in October last year but it was post-Christmas before it was more widely available. No doubt there will be a new model available ahead of Christmas this year, but it’s like waiting for the next phone or the next computer. There’s never quite the right time to buy.

I still went with the Mavic, and I bought the Fly More pack – as much as anything for the additional two batteries. Other accessories were moderately useful, including some extra props, a car charger and so on, and although the bag is nice it’s not perhaps quite as tough as would be useful for protection. The hub charger is good, although I was slightly disappointed to learn that it charged batteries sequentially. So if you load 3 or 4 batteries onto it, it still only does them one at a time.

You will need to allow time to charge everything up, and importantly, get the most up to date firmware. DJI basically forces users to use the current firmware by making you use an account. If you don’t have the current firmware, your flight distances are highly restrictive. That all said, while it’s still slow, it’s a bit more obvious than the old Phantom 3 way of doing things. I updated using my phone (on WiFi at home), and that gives you a good idea of where you’ve got in the installation and update. Much better than listening for strange sounds from you Phantom!

The little remote is very nice, and DJI include microUSB, Lightning and USB C cables in the box to connect with your phone. I’ve been used to using a Nexus 7 for my phantom – which is basically that device’s single use. And I notice that there are lots of devices around that let you “mount” a tablet to your remote if you want. In use my phone (an HTC 10) worked well, although you’re going to be flattening your phone’s battery using it rather than a bespoke device. I can live with that for the benefits in portability. I’ll probably pack a small Anker battery charger in my DJI bag to recharge my phone if it flattens after a decent flight. I did however notice that the Mavic’s remote loses charge faster than my old Phantom 3 Advanced remote, which could effectively run for weeks on a single charge.

I played a little with some of the modes that track you as move, although I need to learn more about them.

The Mavic has a range of up to 7 km, but UK regulations say that you need to be able to see your drone at all times. There’s no way you can see something as small as a Mavic that far away. And I’m not sure whether a first-person headset would actually be legal here. One of the problems I had with a white Phantom was losing it against a white cloud sky. The dark grey of Mavic makes it easier to spot (and remain legal), and in any case, I probably don’t want to have to trek 7 km to retrieve an errant drone should it decide to land there. (I confess that I’ve never had a drone “fly away” from me. The closest I’ve got is have to use my eyes to fly a drone back when video connectivity caused me problems one time.)

One issue I will think about is bringing some kind of mat or cloth with me take off and land from. The lowness of the Mavic means even quite short grass could get caught by the propellers. I often find myself launching from grass, so a simple and lightweight solution would be useful.

I’m still learning about what the best recording settings are. I use RAW+JPG for photos, but video is another questions. I’ve also never bought any ND filters for a drone, although they do seem to be used a lot by the pros. We’ll have to see.

I did try doing some live streaming. I first tried YouTube, but the app kept crashing repeatedly when I tried it. So I fell back to Facebook which is never anyone’s favourite platform. They limit the video quality a bit for starters. But I confess that it just about worked (I’d embed the video, but Facebook makes that truly fiddly). A few people watched, although playing back, the video quality was at times poor. More annoyingly, there were cutouts continually. I was on 4G so it shouldn’t have been too bad, but it wasn’t great. Still it was good that the phone’s mic could be used for a sort of commentary of what I was shooting.

Otherwise, I’m really happy with my purchase. Expect more drone footage soon. In the meantime, here’s a sample of what I shot today.

Note that I shot on the default settings and have only done a tiny bit of colour correction on a couple of shots. I’m also interested to see what the difference is like between YouTube and Vimeo, so I’ve uploaded it to both, using Premiere Pro CC 2017’s settings.

There are a couple more photos on Flickr too.

Previous Story:
What Should a Kids’ TV Channel Show When Kids Should Really Have Gone to Bed?
Next Story:
A Kentish Flight